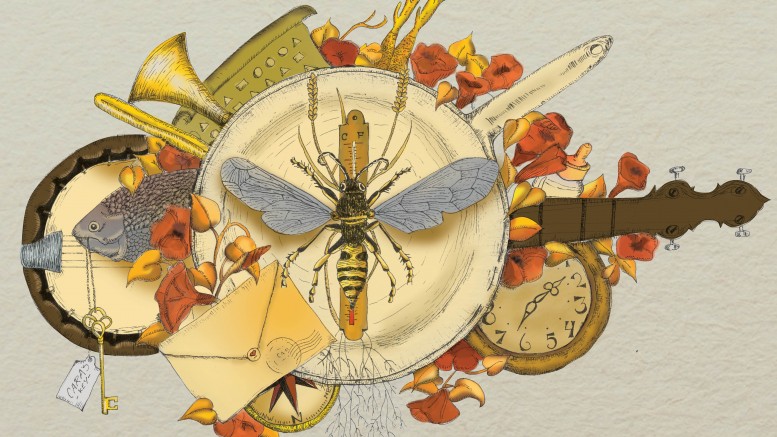 Winnipeg folk/roots duo the Small Glories open up their debut album with a clap and banjo-picking beat, followed by dueling male and female vocals throughout the entire song, titled “Had I Paid.” The two weave through unpredictable harmonies and play off of one another with extremely impressive, breathtaking ease.

Cara Luft is an ebullient and engaging earth mother, contrasted and complimented by JD Edwards – a seemingly intimidating “cross between a biker and a long-haul trucker.” Together, they’ve joined forces to put together a truly beautiful album.

The banjo flows through “Home,” and the vibrato in Luft’s voice is truly mesmerizing. First accompanied by only Edwards and then, unexpectedly, a full choir, it’s a beautifully emotional song with tear-jerking lyrics.

In “Fast Turning World,” Edwards and Luft trade verses, but share the chorus. It sounds like authentic 1960s-70s American folk with Luft sounding eerily like Joni Mitchell at points, with impassioned lyrics to boot.

“1000 Stars,” originally by fellow local songwriter Greg MacPherson, reminded me of the first time I heard Fleetwood Mac’s Rumours. It’s extremely unpredictable, and the decisions they make musically are so odd, but they never seem wrong. Once again, mesmerizing.

“Way Over Yonder” is a really fun song. On this one, Edwards and Luft have an additional twang to their voices, laughing and hollering on the track while accompanied by a wide assortment of instruments that tend to weave in and out of one another as opposed to remaining consistent throughout the song.

This is an altogether solid album from beginning to end, and by far one of the most diverse local albums I’ve ever encountered.

Edwards and Luft are a perfect match – their voices together are magic in the making. They’re such accomplished solo musicians with a dozen critically-acclaimed albums between them – and together, they’re unstoppable.