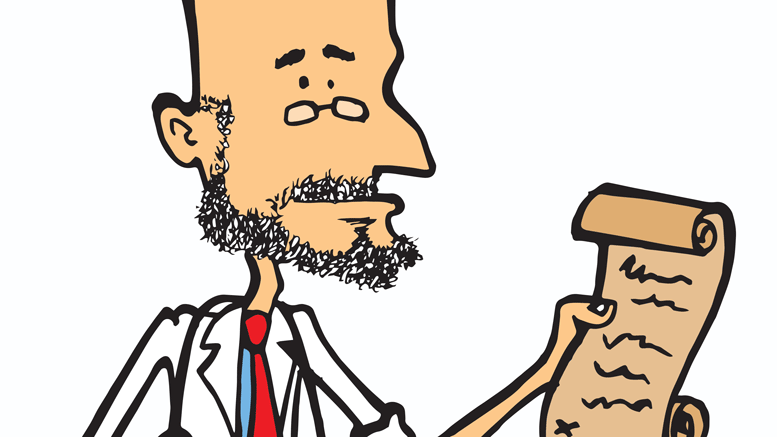 There’s been a lot of discussion around the use of sick notes with the introduction of Bill 202, the Employment Standards Code Amendment Act (Sick Notes). This is the bill that would place restrictions on when an employer can require a sick note as proof of illness.

Most of the discussion involves the rights of employers to demand proof of illness, and the extent to which employees are obligated to provide that proof. The discussion assumes that sick notes actually prove that someone was sick. However, for most common illnesses, sick notes do no such thing.

Consider the generic employee, John. John is a patient at the clinic where I’m working. In mid-December, John complains of fever, muscle aches, cough, and feels bleh. He knows he has the flu, I know he has the flu, but we have to go through the song and dance of a doctor’s appointment because John’s employer requires a sick note. His employer wants proof that John is sick.

The diagnosis of the flu during flu season is a clinical diagnosis. That means it’s based on history and physical alone. There’s no role for imaging or blood work to prove that someone has the flu. Essentially, I diagnose John with the flu because he says he has the flu.

Writing a sick note that says John has the flu doesn’t actually prove he has the flu. It only proves that John says he has the flu. John could be faking it. The symptoms of the flu are well known and easily available online. But I wouldn’t know John is faking unless he came skipping into the office while whistling a whimsical tune. Even if he was faking, it might not be worth jeopardizing the doctor-patient relationship by calling him out.

For illnesses like the flu, a sick note is hearsay printed on fancy medical stationery.

Requiring sick notes isn’t limited to the workplace. The University of Manitoba has policy that states when students must present proof of illness.

University-wide policy states that students who miss an exam due to illness may have to submit a sick note certifying their inability to write the exam, and, if possible, when the student will be able to write the exam. Some individual programs require sick notes when students are absent from class.

It’s well publicized how annoying sick notes are. A 2014 press release from the Ontario Medical Association advising employers against demanding sick notes got national media coverage by the CBC, the Globe and Mail, and others.

Online, there are memes highlighting the uselessness of sick notes in a fun way. They have clickbait titles like “Angry Doctor Gives Best Response Ever To Sick Note Request,” or “Seriously Awesome Doctor Shuts Down Boss Who Requires A Note For Sick Days.” The memes are pictures of sick notes in which doctors mock employers for demanding proof of illness.

Jordyn Lerner is a medical student at the University of Manitoba.

Thin was not always in

Finding my way: a cyclist’s journey to the University of Manitoba