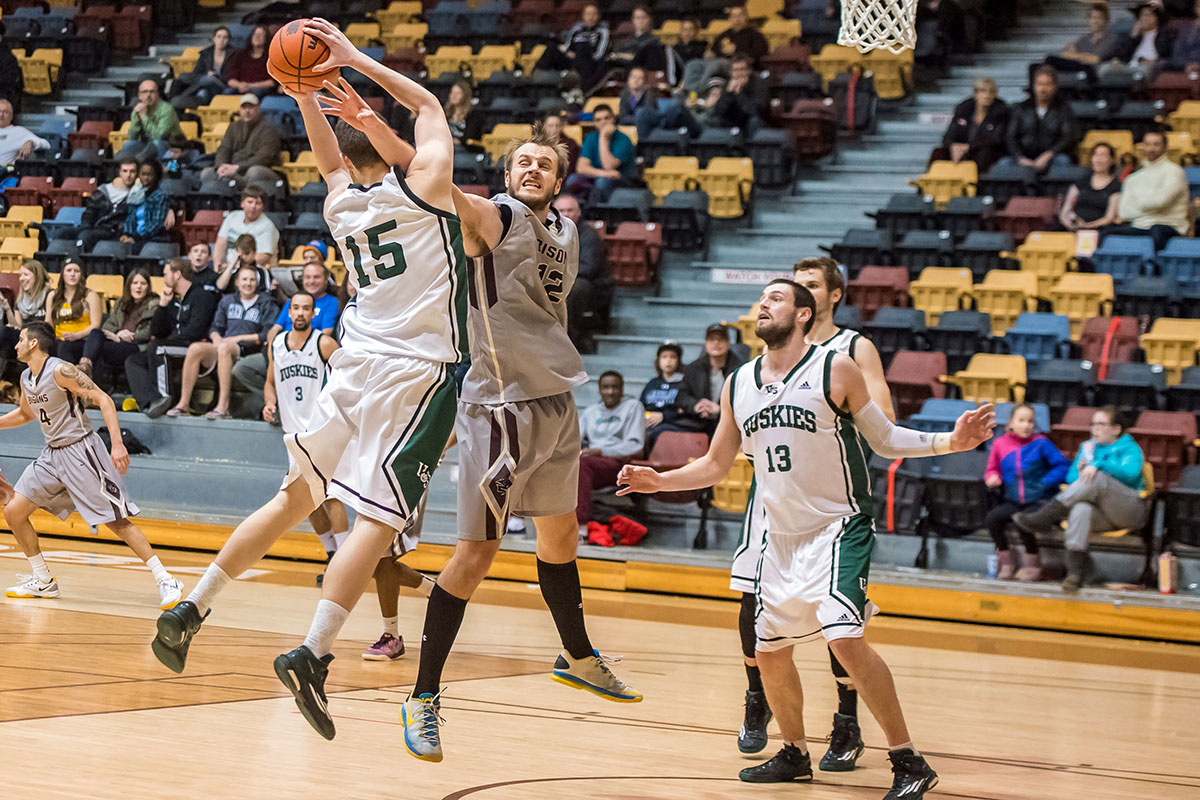 The University of Manitoba Bisons men’s basketball team saw their historic playoff run end at the Canada West Final Four. For Wyatt Anders, last weekend’s losses are also his final games in brown and gold. The co-captain discussed a few of his emotions in what was a memorable career with the herd.

Manitoban: Give me your quick thoughts on the Calgary game and what you think made the difference?

Anders: Defensively, no one played as a team. Justus [Alleyn] had a tough time with [Thomas] Cooper and obviously the soft foul calls the refs gave him didn’t help, but that wasn’t the downfall. We had guys not helping, so that way when a ball screen happened and Lars [Schlueter] popped out for a three, no one stunted at him, so there was a lot of open threes that were going on.

M: Obviously things didn’t work out the way you wanted it to in the Final Four, but what did you take out of that experience?

A: Big picture, it’s great for the university. Small picture, it’s terrible. When people envision stuff and fans, they see, ‘hey, you had success, that’s good.’ To me, that’s not my vision of success. Success is working your hardest and fulfilling your potential and if you don’t fulfill that potential, as long as you work hard and you gave it your all, then you can walk out with your head held high. But I felt like that Final Four we didn’t walk out with our heads high and I didn’t leave this league the way I wanted to. For me, small picture wise, I felt pretty disappointed.

M: What will you remember most about your time playing for the Bisons?

A: I got to play with my coach (Coach Schepp was Anders’ high school coach as well). For myself, I wasn’t a recruited player and it’s just always exciting knowing that I was that Cinderella story that no one knew about, a guy who wasn’t recruited and played and worked his ass off in some league and then [Kirby] Schepp brought me and trusted me in my last years and I became the leader and the player that he wanted – a hard working guy.

M: Where do you see the direction of the team going now that you and Amir Ali have graduated?

A: I think [Kirby] Schepp finally got to the position he wanted for his team in the sense that he had to build a team that was nothing when he got here. We went from not really making playoffs, to kind of making playoffs, to being a team that should be doing well in playoffs. Because of that, he’s starting to be able to recruit guys he really wants now. If you look at the team right now, they have potential at guard, they have some young guys that can really play and he has a funnel now of guys to replace each other, whereas before he was scrambling.

Stuffed in the paint