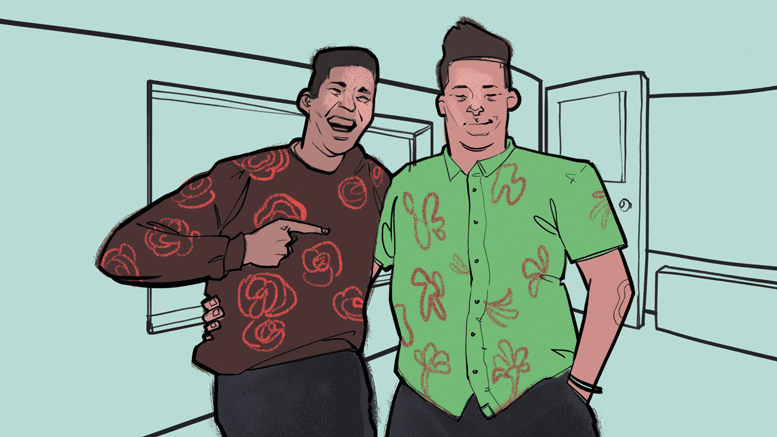 This week, Ryan lets loose about the lack of soccer coverage in Canada, while Mike vents his frustrations about the location of Milt Stegall Drive.

Being a soccer fan is a brutal thing in Canada unless you are a fan of the English Premier League, which not everyone is. Sportsnet acquired the rights to air the German Bundesliga this season on their Sportsnet World channel, which is an extra 17 dollars a month.

Being a fan of the Bundesliga, I was thrilled with this news, as it meant that I didn’t have to rely on sketchy Internet streams to get my soccer fix. I have been thoroughly disappointed, however, because almost every Saturday morning I wake up to see that they are playing more English soccer on that channel I pay $17 for. Unless it is a big match, most of the time they do not play Bundesliga games live, which is very disheartening as a fan of the game.

What is the point of paying for the channel if they are not going to air it? That is some false advertising on the part of Sportsnet, who have not only ruined my German soccer watching experience, but Hockey Night in Canada, which I will save for another time.

Also, do not get me started with TSN and the UEFA Champions League. TSN has five channels, yet this past week they decided to play the second leg of the Arsenal and Barcelona tie, instead of Bayern Munich taking on Juventus which ended up being one of the best soccer games I have ever seen. Step up your game, TSN. You have five channels, use them.

Soccer needs to grow in Canada, and it doesn’t help when some of the best soccer being played isn’t even accessible to Canadians.

Milt Stegall is and will always be my favourite CFL player. He was consistently reliable and rightfully earned the nickname “Milt Stegall the touchdown beagle” during his tenure with Winnipeg. He set copious CFL records at the time of his retirement at age 39 and will go down as one of the best to ever play the Canadian game. With all this in mind, it’s flat out ridiculous that the street named after him now sits in obscurity.

The city passed a motion to change the name of Arena Road to Milt Stegall Drive back in 2007, but that was done when Canad Inns Stadium was still lodged between Empress and St. James Street. Now that Canad Inns has been torn down, the street named after Stegall sits with nothing in its general vicinity. In my opinion, that’s embarrassing; it gives off the impression that the city doesn’t care about Stegall any more despite being the most prolific player in team history.

I don’t think it would be all that difficult to move Milt Stegall Drive somewhere closer to the new stadium, instead of having it lay in the ruins of location that no longer exists.