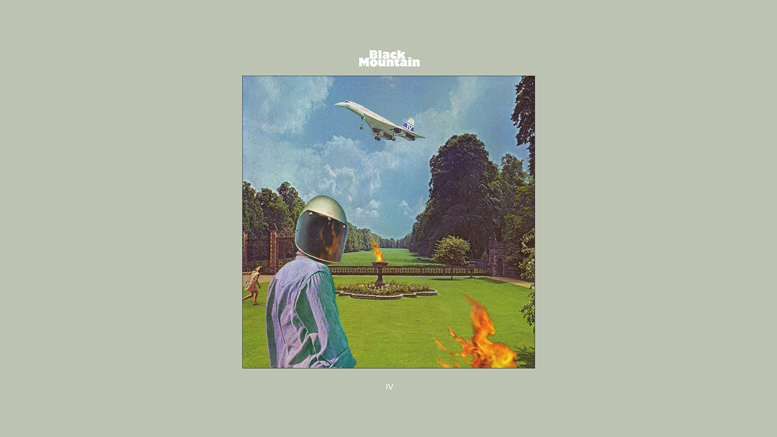 Black Mountain’s IV – the band’s first release in six years – sounds for all the world like a union of Black Sabbath and a less-flashy Yes, with an organ and synth-heavy aesthetic reminiscent of pioneering 60s space-rockers Hawkwind.

IV opens with the slow-burning, ominous “Mothers of the Sun.” The song feels like a constant crescendo, with duelling male and female vocals over swelling organ chords interspersed with a bluesy, distorted guitar riff, and a spastic, winding lead break that could make Tony Iommi crack a smile. Not only is “Mothers of the Sun” one of the album’s strongest tracks, but it’s a bold choice for an opening track to boot – one doesn’t usually expect an album to kick off with an eight-minute dirge, but Black Mountain deserves hearty praise for pulling it off this well.

A few faster, more concise tracks – “Florian Saucer Attack” and “Defector” – follow this up with equally strong execution. Female vocalist Amber Webber takes lead on the former and with her belted, punk-influenced vocals soaring overtop driving guitar chords, it almost sounds like The Pack A.D. or Sleater-Kinney – but with far more elaborate dynamics and instrumentation.

While there’s a good mix of short and long tunes throughout the entire album, it’s safe to say that Black Mountain excels at more epic numbers. “You Can Dream” sports a half-chanted, half-harmonized vocal shared by the group’s two lead vocalists, and accompanied by monstrous, wall-of-sound style guitar chords and synth washes.

“(Over and Over) the Chain” – IV’s other eight-minute odyssey – unquestionably sports the album’s greatest guitar work with a chilling extended outro solo that features excellent use of feedback, and screeching vibrato.

An underused rhythm section is all that keeps IV from a perfect score. Perhaps Black Mountain’s bassist and drummer are simply doing what the songs require of them but still, there are small intricacies to the drum and bass throughout the album that could have been emphasized more through both dynamics and production, but weren’t.

That all said, those in search of a modern psychedelic rock band that hasn’t been lightened by overt indie-pop influence can stop looking now.

This is a hazy, menacing release that’s truly deserving of the term “headphone album” – there’s a lot to take in here, so pair this one with your favourite lava-lamp or beanbag chair, kick back, and get dazed and confused by Black Mountain’s IV.

Black Mountain is coming to Winnipeg’s Pyramid Cabaret on Sunday, May 15. Tickets are $20 in advance and available via www.ticketfly.com