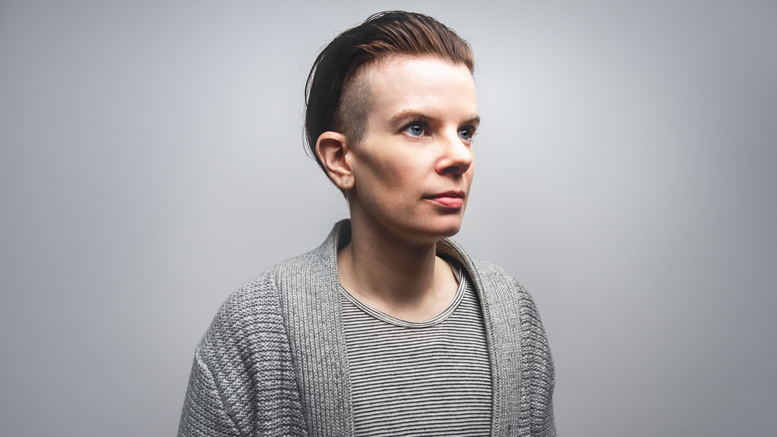 Montreal-based indie/pop singer-songwriter Rae Spoon is gathering a lot of attention for their eighth album Armour, which they are taking on a cross-Canada tour from Victoria, B.C. to St. John’s, N.L.

The album will be released on Feb. 19, with Spoon playing in Winnipeg the following day at the Good Will Social Club with two acts from Toronto opening: world music collective LAL and electronica soloist Joanne Pollock.

Following Spoon’s Polaris Music Prize-nominated My Prairie Home, Armour has a much different theme both musically and lyrically.

Spoon’s music has evolved from country/folk to songs heavily based on synthesizers and other electronic instruments while still retaining some of its roots.

“I made a conscious decision to have more analog synths on the album. In the past, my programmed sounds have been generated inside of the computer,” said Spoon.

“I’m always interested to see how changing instruments changes the feeling in compositions and arrangements. I lived in Germany in 2006 and 2007. I was introduced to electronic music by friends I made while living there. At first I doubted that computers could make music just like guitars could, but I’m fully converted now. I got my hands on a bunch of synths and spent a couple of years with them.”

Spoon’s previous album was based on their past and experience growing up as a queer youth in a Pentacostal Christian household in Alberta. Spoon explores the future in their new album that touches on themes such as trauma, hope, and the emotional ups and downs of adulthood.

Their creativity and versatility was evident when they mentioned some potential themes of new work in the future.

“I might write an album about monsters, or maybe even a book and album that are linked thematically.”

When asked what they’d been listening to lately, Spoon revealed their presently sparse, yet specific tastes.

“I‘ve been taking a bit of an ear break lately, aside from producing Kris Demeanor’s new album,” said Spoon.

“I will admit I was one of the million people who got Rihanna’s album for free. I’m also really excited about the new You Say Party album coming out.”

Though Spoon’s music has evolved over their musical career, they have maintained a strictly do-it-yourself approach to touring throughout.

“I have retained the way that I tour because I’ve always been really DIY. I book my own shows, pick the venues, and I often book the opening act as well,” said Spoon.

“It’s allowed me to have a lot of flexibility and autonomy in my career. Maybe it’s one of the reasons I’ve managed to keep making albums for 15 years.”

Spoon’s Good Will gig functions as the closing party of this year’s Genderfest Winnipeg, which features a variety of events aside from musical performance focused around the queer community.

Spoon stays in contact with Genderfest organizers and this year, festival and tour schedules happened to line up.

“I’m particularly fond of trans- or genderqueer-related festivals. There’s nothing like being at a party with 200 other trans people.”

The doors to Spoon’s Feb. 20 show open at 9 p.m., with music beginning at 10 p.m. Tickets are $15, and are available in advance at the Good Will, Music Trader, and online at www.ticketfly.com. To learn about more events at Genderfest Winnipeg 2016, go to www.facebook.com/genderfest.winnipeg

Winnipeggers respond to reports of slavery in Libya