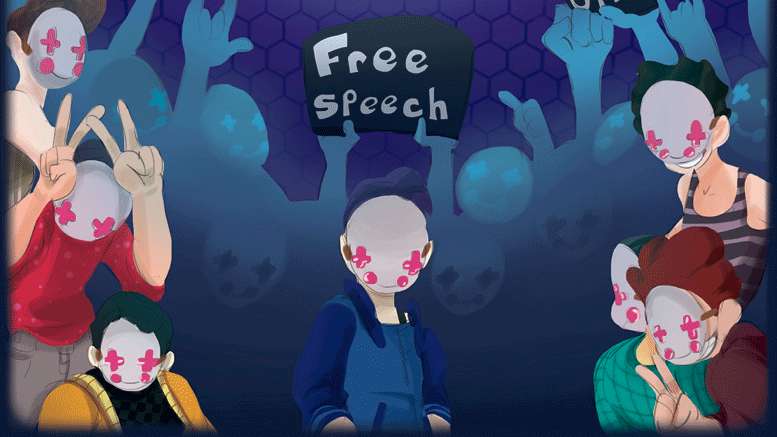 If I told you there was a Twitter feud in November 2012, I doubt you would be surprised; Twitter has enough feuds to go around. However, the one I’m going to tell you about resulted in something unusual. This feud did not simply end with frustration, angry words, or hashtags. It ended in a courtroom.

The Twitter exchange between Toronto artist Gregory Alan Elliott and a group of feminist activists led by Stephanie Guthrie resulted in the arrest and charge of Elliott on two counts of criminal harassment. It wasn’t until three years later on Jan. 22, 2016 that a Toronto judge found Elliott not guilty. The judge’s decision is a resounding defense of freedom of speech.

Before I talk about the events in question it’s important to define what “criminal harassment” is: according to the Criminal Code, it can be considered criminal harassment when the complainant begins to fear for their own safety or the safety of someone known to them. This charge required the Crown, and their witnesses, to show that Elliott was aware that Guthrie and the other women were made reasonably fearful by his actions.

It started when Guthrie and others criticized a video game designer on Twitter for the creation of a videogame that allowed an individual to repeatedly punch an image of Anita Sarkeesian – a feminist activist who has experienced her share of online harassment in the past. It was at this time that Guthrie began tweeting prospective employers in the game maker’s hometown about the content of the game. Elliott tweeted to Guthrie that her actions were “every bit as vicious as the face-punch game.”

The Twitter arguments that would follow between the two imitated forms that frequently arise in Internet debates: snarky comments and insulting hashtags were involved. Elliott and Guthrie went back and forth on Twitter for months in 2012 before he was arrested in November of that year.

A Toronto detective testified that he did not find any tweets from Elliott that contained threats against the women.

The judge on the case, Brent Knazan, quoted from the book The Charter of Rights and Freedoms in his ruling, saying “One man’s vulgarity is another man’s lyric.” This statement goes above and beyond a mere ruling on a question of criminal harassment.

The judgment is important because it will allow opponents of feminist activists to speak freely and without fear of legal action – so long as their speech is not criminal harassment. In my mind, this is the crux of what freedom of speech is meant to accomplish. This judgment is a victory that doesn’t allow room for the activists (or anyone else) to use their fear as a means to censor others from criticizing their viewpoints. It is a result that will facilitate honest discussion online.

With this trial at an end I am both overjoyed and frustrated. I am overjoyed because this case will give a precedent that may prevent something like it from ever happening again. I am frustrated because it should never have proceeded this far. At the very least, it appears that for now the old adage about “sticks and stones” still holds true.

Why I no longer vote strategically