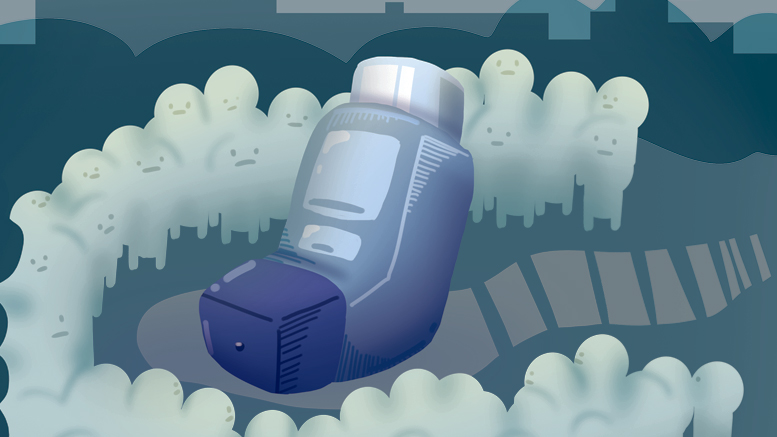 The study, published by JAMA Pediatrics, observed 320 infants living in Winnipeg and Vancouver over a period of four years.

“I would say one of the really unique things about this study is that we had 15 years of follow-up on these kids, and we started studying them before they were born […] so having that new data is pretty unique,” said Meghan Azad, lead author of the study and University of Manitoba assistant professor in pediatrics and child health and community health sciences.

The children were categorized based on their wheezing patterns. Wheezing – characterized by harsh, whistling breaths – is relatively common in babies. Around 25 to 30 per cent of all young children will experience at least one wheezing episode.

When the children turned seven, the initial observation period ended, and the children were not tested again until they were 15.

While this in itself may not be surprising, the study also found that even children who wheezed only occasionally appeared to have lung troubles.

“I think it is surprising, because often parents or physicians think that a little bit of wheezing early on, as long as it’s resolved, is no big deal,” Azad said.

“But what we found was that even kids who only wheeze transiently, so those that wheeze once or a couple of times in infancy, and then not again through their early childhood years, still had an increased risk of asthma and decreased lung function later on.”

The study also showed some environmental factors. The infants born in Winnipeg were more likely to wheeze than those born in Vancouver.

Meghan Azad will also be an associate investigator on an upcoming project called the CHILD (Canadian Healthy Infant Longitudinal Development) study, which will look into asthma prevention strategies on a larger scale. It will observe over 3,500 Canadian mothers, and will take home and environmental factors into account. The study will also take genetic information such as umbilical cord blood and viral swabs from both the mother and child.

According to Azad, learning how we can prevent reduced lung function in infants is key.

“It’s important to develop new drugs for asthma and study how to manage symptoms, but the reality is there’s no cure for asthma,” Azad said.

“Prevention is really the best approach.”

Make your own craft beer dinner (and dessert)