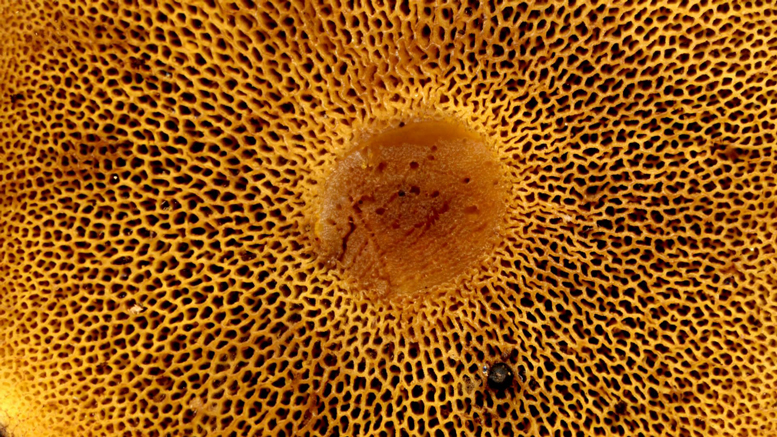 Winnipeg artist and photographer Joel Penner has created a unique art and science project that creatively showcases the concepts of life and death via artistic video representations of floral life. The project, called Momentary Vitality, visually maps the lifespan of plants through time-lapse photography and renderings.

“[Momentary Vitality is] footage of decaying plants and fungi that show us the beautifully fleeting nature of life itself,” Penner told the Manitoban.

On Thursday, Feb. 25 Penner will be hosting a Momentary Vitality presentation titled Conifers & Company at the Carol Shields Auditorium of the Millennium Library, scheduled to start at 7 p.m.

This exhibit will feature the artistic aspects of pine cones, falling spruce needles, and mushrooms depositing their spores, as well as the premiere of exclusive footage from Penner’s new film, which will include time-lapse renderings of growing plant roots.

“My plan is to use them to illustrate scenes for an animated short based around a creation myth,” said Penner.

A life-long love for plants coupled with a budding interest in photography led Penner into his present artistic project. Soon after he ventured into time-lapse and scanning photography, he began shooting flowers and detailing floral life. Today, these shots are presented as short, contextual films that aim to provoke thought from both artistic and scientific perspectives.

“I have always been interested in art and science, but this project came out of my passion for photography,” Penner explained.

“I’d consider my short films without narration to be more on the art side of things. I’d consider the focus of my presentations to be scientific art, as my main goal is to find beautiful moments in my time-lapse imagery of different specimens and convey those, but also with a bit of contextualization and explanation from biology.”

Penner chooses his specimens by considering their water retention abilities, as this determines how dramatic and lively their colour changes will be. It also determines the chances of a fungus growing colonies. The gradual and systemic nature of these types of changes is what he hopes to capture.

In the past, Penner has focused heavily on plant and fungus species native to Canada. More recently, he has come to appreciate the diverse nature of native Manitoban species, and has narrowed his focus to these local plants.

“I’ve focused on plants native to Canada in the past, but I find it fascinating how studying the plant world reveals the incredible amount of international flair present in Manitoba,” said Penner.

Nevertheless, there are a few challenges associated with this artistic medium. A major challenge for Penner is the potential for some mechanical or technological failure to occur that could hamper the capturing or rendering process of his images. That being said, he appreciates the space for broader and diverse exploration that this medium affords him.

“The process of scaling up my computer set-up to match my artistic ambitions has been a fantastic opportunity to learn about computing in a more in-depth manner,” Penner told the Manitoban.

“But it doesn’t feel fantastic starting the scanners again at 2 a.m. after a computer crash to keep a two-month time-lapse going.”

Clandess Diner – a local pop up restaurant that specializes in rare and wild seasonal dishes – will be providing catering services at the event. The diner’s menu for this event is a glimpse of what they have to offer during one of their full pop-up experiences that occur once every six weeks at secret locations.

Clandess Diner’s menu for the Momentary Vitality presentation – which includes tea made from white spruce and pine – will be thematically geared towards Penner’s floral exhibits.

Anna Sigrithur and Nathan Enns operate the restaurant together. These two cooks are self-described gastronauts (boldly going where no chef has gone before). Together, Sigrithur and Enns craft brand-new, unique recipes for each one of their pop-up experiences. They pride themselves in their ability to masterfully incorporate underused Manitoban ingredients to make delectable dishes.

“We have to come up with a new menu every time. People are coming for an amazing experience so you don’t cook anything that is so-so, it all has to be a cut above.”

Sigrithur noted that in addition to striving for excellent dishes, she and Enns also source their ingredients from many local farmers and their own foraging.

Clandess Diner hopes to contribute, in their own way, to a bigger cause of appreciating and preserving indigenous ingredients, recipes, and menus.

“It is a place from which things can grow. That is what it is meant to be,” said Sigrithur.

“Something that I would like to see is a Manitoba-specific boreal forest to Aspen parkland biome-based food research center that aims to document food knowledge and bring that into scientific and artistic practice in terms of keeping food recipes alive and [preserving] the [indigenous] lands […] I would love to support something like that. We live on this land as settlers and have to honour the history of the food that is here.”

One of the many thrills of the diner is its exclusive nature. The restaurant operates at secret locations, mostly in central Winnipeg. Anyone interested in attending must subscribe to the diner’s mailing list, and will be notified of available tickets right before the pop-up date. Only those that purchase tickets get to know the location and have a chance to experience the warm atmosphere and mouthwatering dishes.