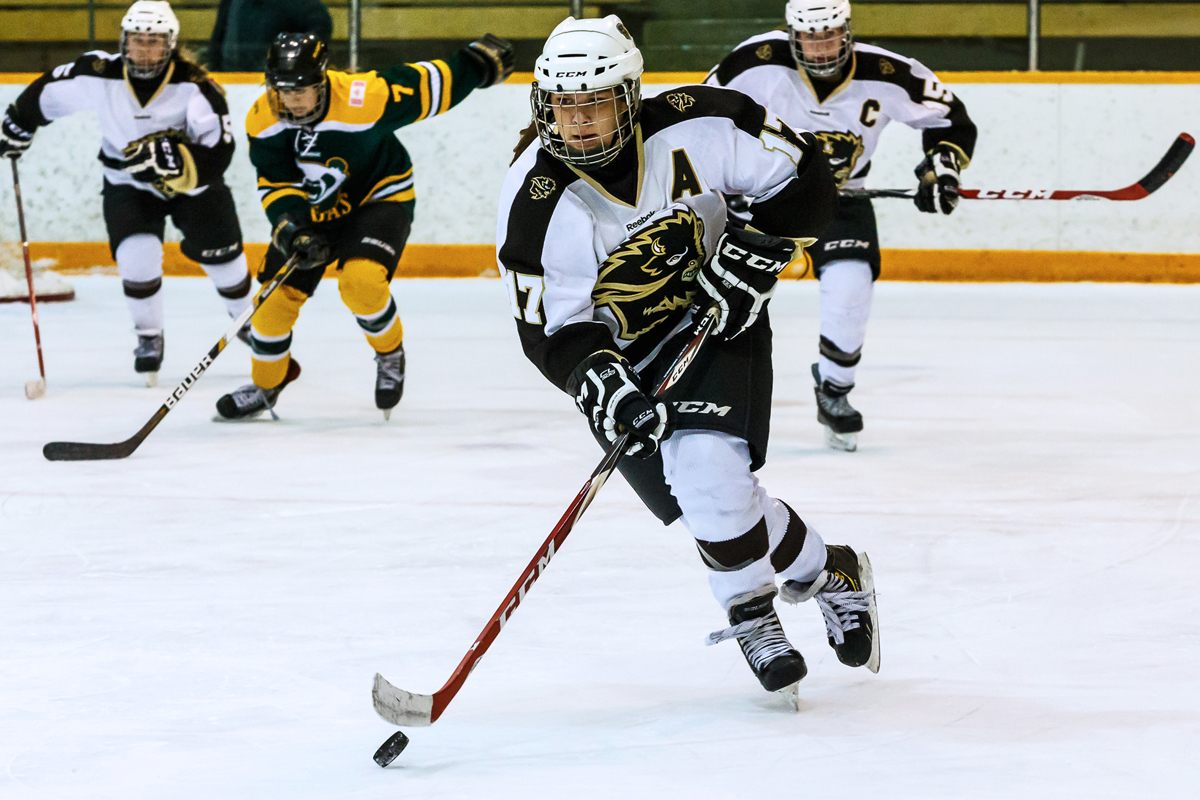 The University of Manitoba Bisons women’s hockey team gained some valuable momentum as the ragular season winds down. On Friday night, they triumphed 2-1 at Calgary, winning back-to-back matchups for the first time since mid-November.

The Bisons were led onto the ice by Amanda Schubert, starting her second game in a row. Having recorded a shutout in her last game, Bisons head coach Jon Rempel opted to start the third-year goaltender over Rachel Dyck.

Just 30 seconds into the game, the Dinos set a very early tone. CIS-leading scorer Iya Gavrilova scored her 17th goal of the season, giving Calgary a 1-0 lead. The goal also tiec her with Shawna Lesperance for most goals this season and keeps her in the lead for regular season points.

Manitoba had a response less than three minutes later. Nicole McGlenen’s second goal of the season got the visitors on the board. The fourth year player also struck against Calgary earlier in the season, scoring the game-winner in a 3-2 victory.

With less than five minutes left in the first period, the Bisons seized the opportunity to take the lead. Charity Price scored her second goal in as many games to turn the game in Manitoba’s favor.

The Dinos generated chances to tie the game in the third period after an unconvincing second frame. The closest that they would come to an equalizer was a slapshot off the crossbar from captain Stephanie Zvonkovic.

Schubert stood firm and made 18 saves on 19 shots for the victory. Her opposite number Hayley Downing made 13 saves on 15 shots.

Bisons pick up two wins against Lethbridge at home