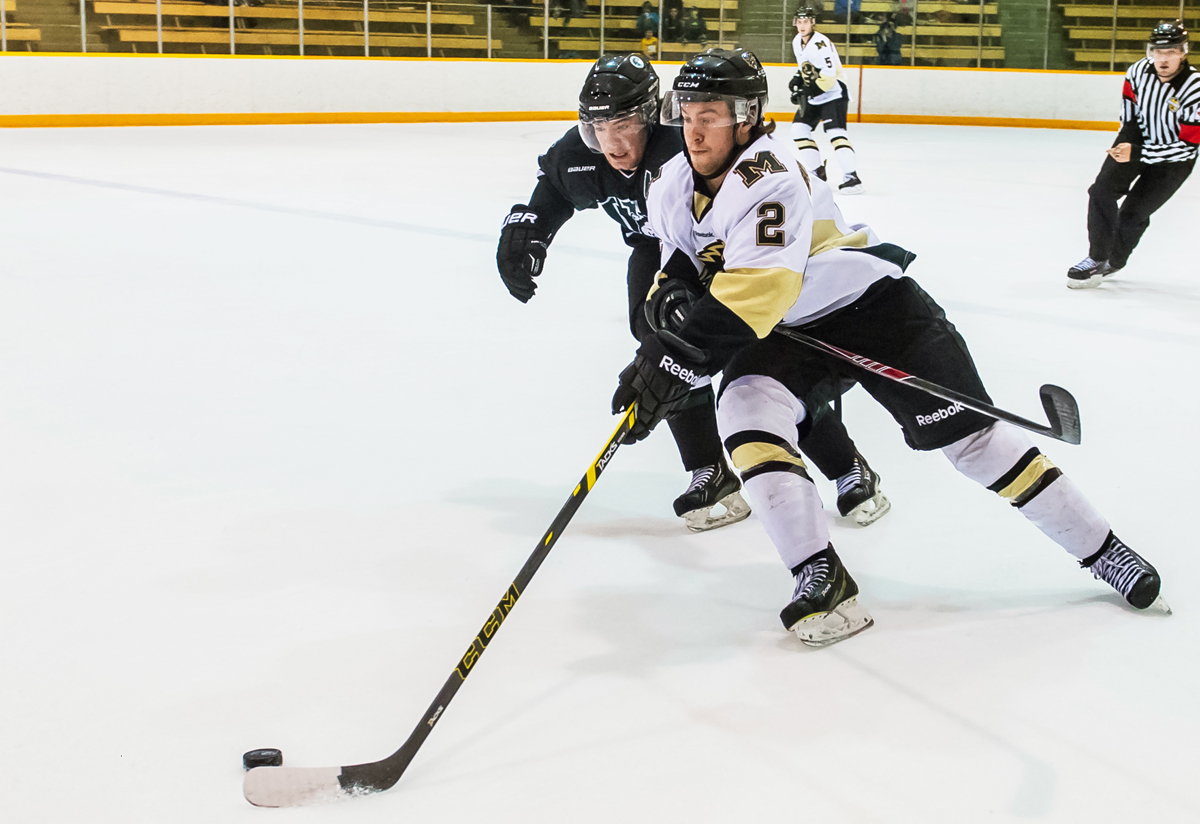 The University of Manitoba Bisons came out on top by a score of 5-2 in the rematch against Calgary on Saturday night, in a contest that the herd took control of in the final 25 minutes.

The Bisons dominated the early going of this game, a stark difference from Friday where they looked jumpy and out of sorts. With the Dinos on the power play, Brett Stovin and Jesse Paradis came in on a 2-on-1, however Stanford committed grand larceny on Paradis with a goal line paddle save.

Calgary would get on the board first though, through Dylan Walchuk. The Bisons would tie things up a few minutes later whenfed a pass to hot hand Shaq Merasty on an odd man rush and Merasty made no mistake, sliding it through the wickets of Stanford. The home side would gain the lead when Stovin and DePape combined in front of the net to give DePape his 19th goal of the year.

The second period saw a flurry of goals, as the Dinos knotted things back up four minutes in after Luke Paulsen blocked a point shot with Elgin Pearce burying the loose puck from the slot. Manitoba would jump to a 3-2 lead after Warren Callis buried his own rebound on the powerplay. Before the period was up, Hunter had a shot trickle through Stanford which Bilton promptly finished off, making it 4-2 for the herd.

In the third, the Bisons gained a three-goal lead after Callis made a nice move to get around a Dino defender and dished a pass over to Paradis who got the easy tap in.

Bisons head coach Mike Sirant talked about the importance of getting a sweep postgame.

“With these four points we control our own destiny,” he said. “We don’t need to rely on anyone else, and we’re just going to focus one period at a time next weekend at UBC.”

Manitoba will head to Vancouver next weekend to take on the University of British Columbia Thunderbirds in an important two game series.