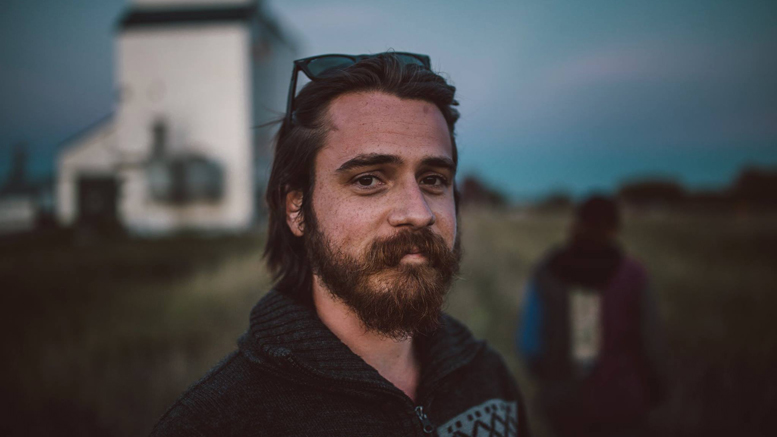 Erik Klassen – Bachelor of arts, labour studies, 2015
Klassen was born and raised in the small Manitoba francophone community of Saint-Jean Baptiste. After graduating high school, he moved to Winnipeg to pursue a post-secondary education at the U of M. Klassen struggled with university and sticking to a specific program, changing his direction several times before finding a home in the labour studies program.Erik Klassen is a local solo singer-songwriter, guitarist, and frontman of local roots-folk band These Old Fangs.

There were many areas covered in the labour studies program that prompted Klassen to switch from pursuing an education in business. The evolution of the organized labour movement, the evolution of socio-economic organizing, and the role of unions in the modern world were some of the most prevalent topics to pique his interest, but Klassen said the treatment of vulnerable people in the workplace and the use of environmental resources and sustainability were also addressed throughout the program.

Klassen graduated with his BA in October 2015, and is happily employed as an occupational health and safety presenter for SAFE Workers of Tomorrow. He puts his degree to use by teaching youth, new immigrants, and other vulnerable workers about their fundamental worker’s rights, as well as workplace health and safety.

Klassen’s degree and field of study greatly influence his songwriting. His lyrics feature themes such as romanticized social and political upheavals in the 18th and 19th century, resisting powerful corporate entities, as well as exasperated commentary on a rapidly developing neoliberal, hyper-capitalist society.

Though Klassen says his rants cause friends and family members to roll their eyes, he has found a way to format his art so that he can spread his message in an appealing way.

“My art gives me the opportunity to vent, preach, or simply voice ideas aloud while simultaneously providing melody and harmony that brings those listening enjoyment and stimulation.”

Erik Klassen’s band, These Old Fangs, can be found at theseoldfangs.bandcamp.com