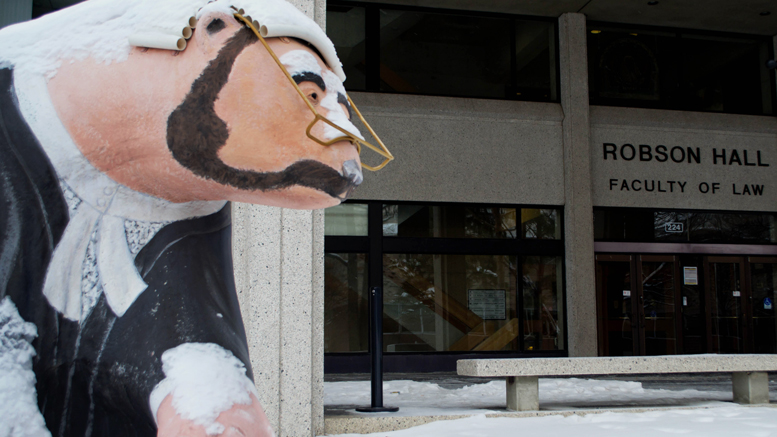 The next edition of the Visionary Conversations series at the University of Manitoba will focus on Canada’s response to the Syrian refugee crisis, with expert panelists attempting to find common ground on Canada’s humanitarian efforts, military intervention, and resettlement of refugees in Canada.

The Visionary Conversations series is an avenue for the university and the community to learn, debate, and discuss tough questions about controversial topics.

The panel discussion on the challenges of refugee resettlement will be the first of the Visionary Conversations series in 2016 and it is scheduled for Wednesday, Feb. 3, at the Robert Schultz Theatre in St. John’s College.

The conversation is titled “Refugees – are we getting it right?” It will be a panel of four experts moderated by Karen Busby, a professor in the U of M faculty of law and academic director of the university’s Centre for Human Rights Research.

In early December last year, Prime Minister Justin Trudeau welcomed the first wave of Syrian refugees via government aircraft and has since then welcomed thousands of refugees to Canada.

The federal government plans to accept 25,000 Syrian refugees as permanent residents in Canada by the end of February 2016 and has welcomed a total of 10,000 refugees as of Jan. 13.

The University of Manitoba Students’ Union (UMSU) has also sponsored a new Syrian student at the U of M in partnership with the university’s administration.
The conversation on the resettlement of refugees in Canada is timely and apt considering the recent trend of events and Canada’s response to the resettlement of Syrian refugees.

“The overarching question is, what is the best way to help refugees?” Busby told the Manitoban.

The focal point of the discussion will be to find answers to questions that seem to bother everyone in the community, according to Busby. Namely, how should Canada handle the intake and immigration of refugees?

Labman said that her talk will focus on the importance of resettlement.

“I expect it to be a conversation where a lot of different aspects and issues surrounding refugee support are addressed, but what I plan to talk about is the role and context of resettlement as a durable solution,” she said.

“I think it is important to have this discussion in the community and have a conversation with different perspectives and different people and really engage in a practical conversation on the topics.”

Ahmed applauded the efforts of the government in resettling Syrian refugees in what he called a “progressive step.”

However, he continues to encourage the government not to neglect refugees in other parts of the world.

“It is a very progressive step that this government has taken but I say, however, that there are a lot of other refugees around the world, many of them living in precarious situations,” Ahmed told the Manitoban.

“While we step forward and provide this protection to Syrian refugees, we should [be] cognizant that we do not do it at the expense of resettling other refugees.”

Ahmed added that his presentation at the discussion will centre on how to provide meaningful resettlement support and services that will bolster the welfare of the refugees in their new country.

“My talk will [focus on] what we can do to actually provide meaningful settlement to the refugees so they can have meaningful changes in their life when they come here,” he said.

“It is extremely important that we live up to our obligations internationally by resettling such a large number of refugees. I think we need to replicate this domestically here by putting more resources towards the lives of refugees, so they don’t end up in problems when they get here.”