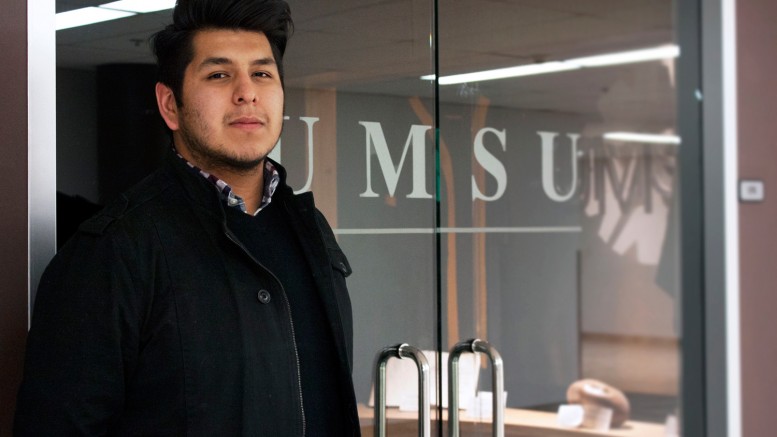 The motion calls for the creation of an indigenous student representative position on the senate and board of governors at the U of M and for UMSU president Jeremiah Kopp to endorse and sign a letter provided by UMSU Aboriginal students’ representative Waabishkigaabo (Will Landon).

The university’s board of governors has 23 members, with three appointed by UMSU.

The senate, on the other hand, is the senior academic governing body of the university and consists of the chancellor, the president, vice-presidents, representatives of the board of governors, deans of faculties, directors of schools, and student representatives from faculties, among others.

The call is timely given efforts by post-secondary institutions in Canada to hasten the ongoing reconciliation process between indigenous and non-indigenous people, prompted in part by the findings of the Truth and Reconciliation Commission into the residential school system.

Waabishkigaabo tabled the motion at the Dec. 3 council meeting in a bid to solidify the union’s support. It passed unanimously.

“My motivation comes from my understanding of the importance of voices and the meaning of what the relationship between Canadians and First Nations should be as taught by our elders: a nation-to-nation relationship that recognizes and respects First Nations self-determination,” he said.

“With that being said, Canadians and First Nations share this land. In respect to nation-to-nation, we should have our own voice and say into the governing bodies of an institution that has benefited from being on Treaty 1 territory. We as First Nations students should have a say on how we interact and are affected by a colonial education institute.”

Waabishkigaabo said that the inclusion of an Aboriginal student representative on the senate and board of governors will bring an end to what he describes as the exclusion of indigenous students in student politics and will also foster healthy relationships between First Nations students and other students on campus.

“Since I first got my seat in UMSU, the most common feeling [I hear from indigenous students] is that we are excluded from campus life – this includes student politics,” he told the Manitoban.

“That we are nothing more than a political platform, an after-thought, or in some cases a nuisance. I believe the campus attitude is changing though, with a lot more recognition of First Nations and the adoption of the recognition of Treaty 1 in council meetings across the campus. To have more seats and opportunities for indigenous students to engage. I believe the thoughts will begin to change and we will be able to have a healthy relationship with the other student population on campus.”

He also stated that the creation of an indigenous student representative position will serve as an instrument of change for the community of indigenous students and an opportunity to influence some of the key decisions and policies of the university.

“With each group of student leaders that take these roles, different perspectives and different goals will be established,” Waabishkigaabo said.

“For myself, I see representation as a big issue. Whenever these seats are created, it will be the responsibility of the student to identify the change they want to make. With increased graduation rates among indigenous secondary school students, however, the creation of these seats seems timely.”

Focus on building skills and a career will follow

Over 25% of Manitobans obese