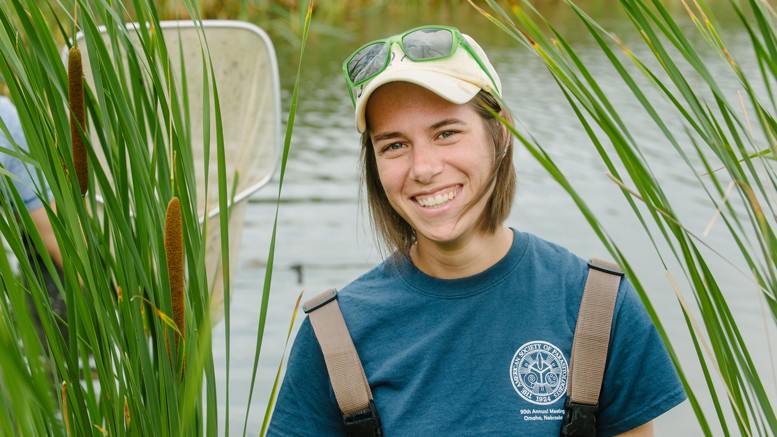 Jillian Detwiler is an assistant professor in the department of biology at the University of Manitoba. As an evolutionary ecologist, Detwiler researches host-parasite interactions.

“My research focuses on the impacts of host ecology on parasite distributions – especially the distribution of parasite genetic variation,” Detwiler told the Manitoban.

Her lab looks at flatworm parasites with complex life cycles – while they use mammals and birds as their final hosts, the parasites require intermediate hosts like snails, amphibians, and even larger worms to survive.

Parasites with complex lifecycles are very different from “specialists” – parasites that are highly adapted to a specific host. Detwiler’s lab looks into the biological benefits of being either a “generalist” (less dependent on a specific type of host) or a “specialist.”

“We’re actually finding that some parasites are using more than one snail species as their intermediate host, which is exciting because it goes against the paradigm in the scientific literature,” said Detwiler.

“We couldn’t have one without the other,” said Detwiler. “For me, evolution and ecology happens in the field – it’s ground zero.”

She completed her undergraduate studies at the University of Nebraska, where she initially majored in piano performance.

How does a music student become a parasitologist?

“As a music major, you had to take one science class. I didn’t want to just take intro biology, so I convinced my adviser to let me take a class called biodiversity,” said Detwiler.

Her biodiversity professor asked all of his students to come to his office to talk to him for five minutes – just to get to know his students a bit better.

“I walked into his office and he had pictures of parasites everywhere, copies of covers of the New Yorker, watercolour paintings […] He started talking to me, and he said, ‘Oh, you’re a music major. You should come work in my lab,’” said Detwiler, as she began to laugh. “I said, ‘Really?’ and he was like, ‘Yeah!’”

Her future supervisor said her work ethic, drive, and creativity as a music major would translate well to science – especially having perseverance when troubleshooting problems.

“Of all of the places I could have gone to university, I went there. There were other sections of that class and I just happened to have picked him.”

“A lot of the other professors on that campus would have never recruited me, and I needed to be recruited,” said Detwiler.

Detwiler eventually decided to do a double major in music and biology.

She also received a master’s degree from the University of Nebraska before moving to Purdue University in Indiana for her PhD.

Detwiler has a couple of favourite parasites, like any parasitologist should. The first is the Dicyemida.

Dicyemida are found parasitizing the kidney-like appendages of cephalopods like octopuses. Not only are they weird, but they have a cool host.

The second is the pentastome.

Detwiler has even found pentastomes inside the lungs of geckos in Texas, where she did a post-doctoral fellowship at Texas A & M University.

One of the only fossils of a parasite is of a pentastome. The fossil dates back to the Cambrian period – about 400 million years ago.

In the past, Detwiler has called New York, Colorado, Ohio, and South Dakota her home.

When asked about her favourite things about Winnipeg, she said, “The people I have met here are great – my neighbours, my colleagues, and my students.”

Manitoba First Nations Science Fair comes to the U of M