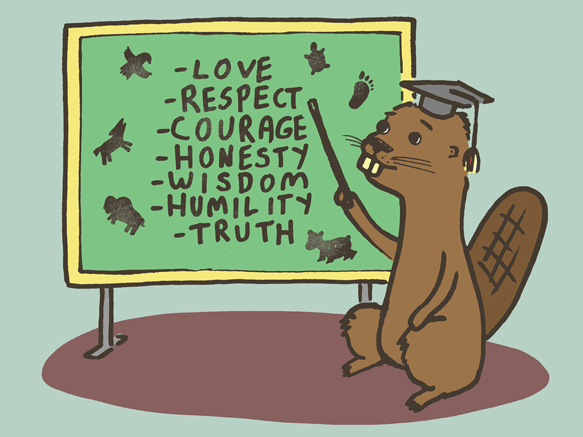 Quite a bit of discussion has been happening about the prospect of introducing a mandatory indigenous studies course into university curriculums across Canada – including at the University of Manitoba.

Pressure to make an indigenous studies course mandatory stems from the historic Truth and Reconciliation Commission (TRC) report. In this report, there are calls to action for Canada to implement in order to “redress the legacy of residential schools and advance the process of Canadian reconciliation.”

The University of Winnipeg and Lakehead University (in Thunder Bay, Ont.) have already implemented this requirement university-wide, and the University of Regina currently mandates all students in the faculty of arts to take an indigenous course as well.

The University of Manitoba Students’ Union’s recent survey asked students if they supported an indigenous studies course requirement. However, this course should be a requirement regardless of whether students support it or not.

The reasons for such a course requirement are many. The first and foremost is that this is recommended in the TRC report. Prime Minister Trudeau has already committed to implementing all 94 calls to action contained in the report. Keeping these important considerations in mind, the merits of a mandatory indigenous studies course requirement for all U of M students should be viewed through the lens of Canada’s history.

Between 1850 and 1970 one third of Aboriginal children in Canada spent the majority of their childhoods in residential schools as part of the Canadian government’s policy of aggressive assimilation. This policy of assimilation was assisted by missionaries from the Anglican, Roman Catholic, and Methodist churches seeking the conversion of Aboriginal people to Christianity through education.

Why is that important? Why not study other cultures that were oppressed in Canada? No other cultural group has been systematically discriminated against since Canada’s founding to the extent that Aboriginal peoples have. Their children were rounded up and put in schools where their cultural identity was violently forced out of them. This destroyed the family structure within Aboriginal communities, who are now facing the long-term social effects of such a discriminatory policy.

Another point is that Aboriginal people are fundamental to the socio-economic fabric of Canada. The Aboriginal population is set to grow  between 1.1 per cent and 2.3 per cent annually by 2036, higher than the projected national growth rate of 0.9 per cent. It makes sense, given Canada’s history of neglecting Aboriginal communities, that we as a society should come to develop understanding of their cultural identity and appreciate what they have to offer to Canada.

However, there have been criticisms of imposing a mandatory indigenous studies course at the University of Winnipeg and the possibility of something similar at the U of M. Almost all arguments against the course requirement have no rational basis to begin with.

One argument is that students pay for their education and so should not be forced to take courses that aren’t relevant to their major, as students are already strapped for cash. Being a student myself, I sympathize with the affordability part and understand that students have limited budgets. However, students are often required to take courses that won’t ever be used in the real world – you have to take them anyway, so you pay your dues to get that degree.

Undergraduate studies are partly about obtaining an education that makes you a well-rounded candidate for the job market. Although this outcome is important, there are other equally important outcomes that one derives from university education. For example, the courses that you won’t use in your future career often challenge you on an intellectual level, grow you as a person, and ultimately make you a better citizen. The indigenous course requirement would do exactly that. It would challenge people’s long-held belief and stereotypes and ultimately make people better citizens.

Furthermore, there are already mandatory course requirements imposed on all undergraduate students that attend University of Manitoba – English and math. What practical good is math for someone majoring in classical studies or theatre?

The idea behind the mandatory English and math requirement seems quite easy to understand. If the general population is more educated, it makes for a more productive and prosperous society. English and math are essential subjects that everyone should understand, as they are used every day in society regardless of field or discipline.

Let’s be clear: this is not a “progressive” issue. It is an issue of national concern. There are many issues that are progressive but this is far from it. It’s wrong to see this issue politicized and presented as if only one segment of the political spectrum demands it.

The argument for having a mandatory indigenous studies requirement stems from our moral obligation to remedy past wrongs done to Aboriginal communities. After a long time in Canadian history, we have the opportunity to correct the past by creating and building a more tolerant and equitable society. It’s time to get this right and we must not fail.