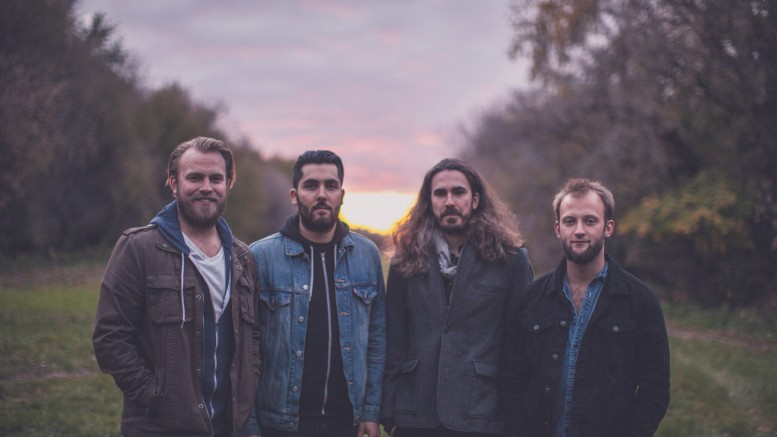 On Thursday, Jan. 14, three diverse and talented local bands graced the stage at the second annual Frost Fest – an event put on as part of 2016 winter orientation at the University of Manitoba.

Last year, Magic Trix, Vikings, and Royal Canoe entertained the campus crowd in an outdoor heated tent for the first ever Frost Fest.

However, with temperatures dipping into the -20C range for the 2016 concert, Yes We Mystic, JP Hoe, and the Bros. Landreth instead played in the multi-purpose room of University Centre, captivating the audience all the way throughout the evening.

Yes We Mystic – a five-piece group whose music blends a little bit of everything (rock, folk, R&B, strings) – got the fun started with an up-tempo performance. The culmination of their set was the track “The Contest of Strength” off their latest EP, Vestige.  This song perfectly combined the lively sound of violin and cello with that of electric guitar and piano for a tremendous finishing piece.

Six-time Western Canadian Music Award nominee JP Hoe was up next. The power and soul in his voice was enthralling and carried through the entire room as he shared popular songs from his sophomore album Mannequin, such as “Lions and Tigers” and “Nothing’s Gonna Harm You.” The latter half of his set included some new tracks from his latest album Hideaway,  and by the time Hoe was done, most of the crowd had gotten up and were fully immersed in the performance.

Due to Hoe’s frequent travel schedule, he doesn’t have an opportunity to be in front of a local crowd very often, so playing to a hometown audience means a great deal.

“It’s always good to play at home, it feels comfortable […] usually we do like three shows a year in Winnipeg, and so they’re always super special,” Hoe told the Manitoban prior to his set.

The Bros. Landreth capped off the night with a number of songs from their Juno award-winning album Let it Lie . The group gave off a very intimate vibe and had a number of tremendous vocal harmonies – none better than when they sang the title track of Let it Lie. Overall it was great way to finish off the night.