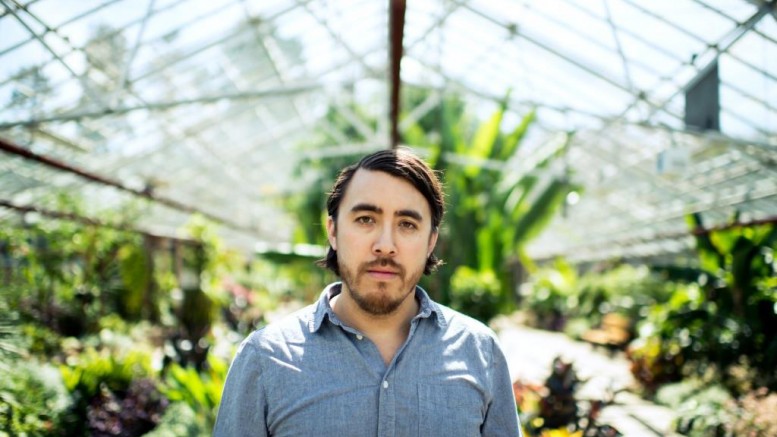 When your voice draws comparisons to Canadian music legends Neil Young and Gordon Lightfoot, you know you have something special, and for J.P. Hoe, that’s exactly the case. Take his 2012 sophomore record Mannequin for example, which received three Western Canadian Music Awards nominations the following June.

After keeping his listeners patiently waiting, Hoe was back at it this past August, releasing his third album Hideaway.

While Mannequin was special to Hoe from a creative point of view (it was the first album he co-produced), Hideaway carried a much deeper, familial meaning. This was due to both Hoe’s marriage and the birth of his son, Parker.

“Before I had my son, [music and touring all over the world] would fill me completely. I thought this was part of the experience, I can’t ask for anything more,” Hoe said.

“And now, sitting and reading a book with him somehow is as enjoyable as sitting on a terrace in Paris, and so when it came time to making this new record, I knew there was going to be a lot of Parker built in, because I’ve just changed as a person and I’m trying to find that balance of continuing to pursue my passion and my career to as full an extent as possible but also enjoy and savour being a dad for the first time.”

Hoe noted the importance of sincerity – not only on his latest record but when making music in general – a message he’s also hoping to pass down to his son through his lyrics.

“I think from an emotional point of view, it’s important that [Parker’s] able to understand that it’s OK to acknowledge what you’re feeling, and if there’s an outlet to get it out, to get it out,” Hoe said, adding that that applies to anything you may have a passion for.

“And then from a non-artistic point of view, it’s really important for me to show him when he gets old enough to understand, that you have to try your hardest. And that’s not a lesson that can be expressed verbally in the same way as showing somebody,” Hoe said.

“Actions speak louder than words and I desperately want him to have that inside of him. Whatever he wants to do, do it to the best of your abilities and whatever happens, happens.”

In terms of Hideway as a whole, Hoe had the opportunity to collaborate with Andy Stochansky (composed songs for Faber Drive, the Goo Goo Dolls, and many others) on four songs, including the intro track, “Beautifully Crazy.”

“For me, it was more of an exercise of what can I learn from this songwriter who’s got a lot more experience than I do, and is there anything that he can bring to me, that would help my catalogue – just to shift it over a bit and to make me think in other ways,” Hoe said.

“They’re four songs that I don’t know if I would have been able to finish in the same way, and I’m really happy that we did work together.”

Hoe also sought out Rusty Matyas (produced records for Imaginary Cities, Sweet Alibi, and many others) to help produce the album.

“The two of us sort of hunkered down in the studio and we played all the instruments except for the strings. And that was also really nice, because there was a lot of pushing and pulling, but we trusted each other,” Hoe said.

“I was able to trust him knowing whatever he was pushing back on, there was a good reason. But if it really didn’t sit well with me, I could push back […] that’s a working relationship you can only dream of, especially in a creative environment.”

To learn more about J.P. Hoe and to purchase Hideaway, visit www.jphoe.com