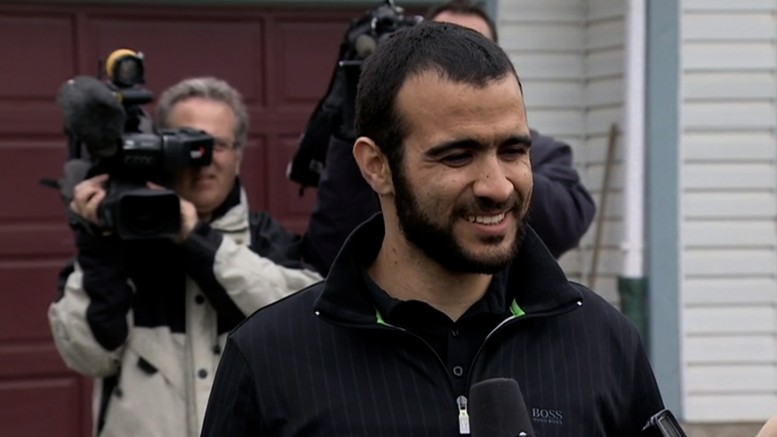 On January 23, Winnipeggers will have the opportunity to see the new documentary Guantanamo’s Child: Omar Khadr, at Cinematheque, located in the exchange district.

The documentary aims to explore the infamous case of Omar Khadr from his perspective while detailing the crime, prison life, and release of the controversial inmate.

In 2002, at the age of 15, Khadr was captured by Americans after throwing a grenade in an armed conflict in Afghanistan resulting in the death of American soldier Christopher Speer.

Khadr was extensively wounded in the conflict with a hole in his chest, blind in one eye and shrapnel littered throughout his body. After being medically treated, the boy was transferred to Guantanamo Bay where he was tortured and interrogated for a decade.

In 2012 he was returned to Canada after pleading guilty to war crimes and was released on bail on May 7, 2015.

The struggle between categorizing Khadr as a brainwashed child soldier or a dangerous, al-Qaeda-associated terrorist has proven to divide nations, including Canada,  where the case is still being tackled by the changing seat in government.

“Even though this case started under a Liberal government, they have been critical over the years of how the Harper government let him languish and did not take his age into consideration,” said co-director Michelle Shephard on Canada’s previous government’s strong opposition to the release of Khadr.

“There’s still an appeal of his bail before the courts, which I will be surprised if the Liberals pursue.”

Shephard also commented on Khadr’s pending civil suit against Ottawa for complicity in what Khadr claims was an “arbitrary detention” in Guantanamo, stating that the Canadian government’s stance on that will be “interesting.”

Directors Patrick Reed and Shephard have created a documentary that has earned a spot in the 15th annual Canada’s Top Ten Film Festival (presented by Toronto’s International Film Festival) and will be taken on a national tour.

“Omar Khadr’s story has fascinated me since he was captured in 2002,” Shephard told the Manitoban.

“It was a tragic and historic case on so many levels, and here at the centre is this 15­year­old Canadian who grew up in Guantanamo – so many of the issues that affected his case represented how the world had changed after 9-11. But I knew that people wouldn’t fully grasp the story – move beyond the rhetoric and politics – until they were able to see and hear from him and the others involved in the story. I was lucky enough to collaborate with veteran filmmaker Patrick Reed to make the film, which really made me appreciate the power a documentary can have.”

Reed is an award-winning filmmaker  that has dug deep into humanitarian issues that have attracted international praise.

Shephard has spent over a decade as the National Security reporter  at the Toronto Star and, throughout her international travels, has made over two dozen trips to the infamous prison at Guantanamo Bay. Her experience in journalism and filmmaking collaborations has collected many awards.

​“It think it helped that when we started making the documentary in 2012, we already knew the story and I had spent years building trust among those involved – from Dennis Edney, Khadr’s lawyer, to some of the special forces soldiers involved in the firefight, interrogators, or former Guantanamo detainees,” said Shephard.

“Having been to Guantanamo so many times and [having] watched Khadr in those military hearings since he was a teenager [he’s now 29] gave us some context in shaping the documentary too.”

Khadr is a Canadian-born citizen that was brought to Afghanistan by his father. Khadr and his father’s relationship with al-Qaeda have been debated in length and contribute to the controversial nature of the case.

After being returned to Canada in 2012, Khadr was released by the Alberta government to Edney, who invited Khadr into his home where he eats home-cooked meals, goes for walks to see the entirety of the sky for the first time since his capture, relearns simple tasks both physically and emotionally, and recharges his monitoring ankle bracelet that tracks his activity, including his 10:00 p.m. curfew. ​Shephard described this as one of the most profound moments in creating the documentary.

“Watching Dennis, his wife Patricia, and Omar interact – being a fly on the wall during those first few days of freedom in their home. Dennis and Omar talk about this in the film, how they’ve moved from lawyer­-client relationship to one more akin to father­-son. It’s really remarkable how they’ve adopted him and helped him adjust. They’re an incredible couple,” said Shephard.

Cinematheque’s Jan. 23 showing of Guantanamo’s Child begins at 7:00p.m. Tickets are $6 for members, $8 for students, and $9 for everyone else. Purchase them online at www.winnipegfilmgroup.com .

Conservatives seek fresh start with Speech from the Throne