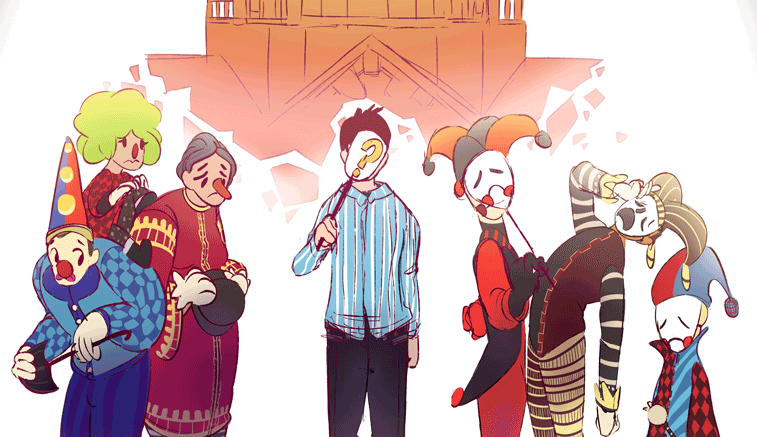 It’s been a little over a year since the University of Manitoba announced that it would be trimming budgets by up to four per cent in order to square up a funding shortfall. This kicked off a series of protests featuring cooperation between the Canadian Federation of Students, the nascent Student Action Network (SAN), and other campus unions.

There has also been more uneven and ambivalent participation from the University of Manitoba Students’ Union (UMSU), who largely follow the administration’s line that the budget cuts are unfortunate but unavoidable.

There is a veritable rogues’ gallery of people trying to influence the future of higher education in Manitoba. Sadly, at the one-year mark it is clear that not one of these players has a clear and plausible vision of what this future might look like.

Administration and the provincial government

I feel bad for the U of M administration sometimes. They’re blamed almost exclusively for a reciprocal system of which they are only one half.

International students are justly outraged at the hike in tuition differentials, but the province must share some of the blame. The university has to balance its budget. Costs rise tremendously each year, and the province’s operating grant increases have been less than promised. Increasing enrolment is only feasible up to a certain point, and increasing tuition on domestic students is not possible.

It’s not easy to come by $7.6 million – the province’s policies have forced the university to choose between raising the differentials and radically re-evaluating its goals and priorities. Their choice should surprise no one.

Of course, this is not to exonerate the administration. They’re playing an absurd game of chicken with the province, insisting on making cutbacks rather than even the slightest emergency changes to the way they pursue strategic priorities.

The university is running a massive fundraising campaign that will not be used to offset these cutbacks, but to pay for a whole new slate of strategic and capital projects. These projects are typically of the flashy and politically desirable sort. Meanwhile, ordinary undergraduate education is seen as an embarrassing vestige.

Anyone taken an intro arts course recently? You could learn more by repeatedly bashing yourself over the head with a gardening trowel. Some courses are taught by video now – the students file into a lecture hall to watch Professor Panasonic expound on biology or some such. I took “Introduction to Leisure Travel” as an online course. Whatever gets the cattle through the abattoir.

The university, top-heavy with bosses, continues to make shocking operational and strategic choices, while the province herds it along poorly chosen paths using short-sighted policy. Until at least one of them gets their act together, it’s unlikely anything will change. But who’s going to make them do that?

U of M’s Student Action Network

If you put together complaints about the dumbing down of higher education and the policies of our lefty-loosey government with the standard progressive complaints about accessibility, transparency, and accountability, you’d think you would have grounds for a broad coalition between left and right. You would think wrongly.

The Student Action Network (SAN) was formed by concerned students in order to create a progressive, demonstrative student presence at the U of M.

Well-intentioned but hopeless is the ticket here. The group has married a concern for the quality and nature of higher education with the bizarre idea that acting in a democratic manner means running a non-hierarchical organization.

If the Nov. 24 “Stop the Cuts” rally is anything to go by, the crackpot political theories aren’t working out well for them. On Jan. 27, the SAN – in collaboration with the Canadian Federation of Students-Manitoba and the campus unions – held a rally outside a board of governors meeting that drew hundreds of students, faculty, staff, and interested off-campus parties. It was an exciting event that galvanized the movement.

Last week was a comparative embarrassment, with turnout at a fraction of the January rally. There was practically no presence from any of the major campus unions. No one had prepared enough material in advance to keep the chants going, and the crowd fell silent and even sat down for agonizing stretches of time. The security services officers could hardly restrain themselves from laughing.

The new student movement has an artistic bent, with sculpture, poetry, and music taking a major part in the proceedings. My favourite bit was the slam poem that suggested that the structure of the classroom – in which students sit quietly and face the front, while the instructor (the one with all the knowledge) tells them what’s what – is oppressive.

Perhaps most embarrassing, the rally was briefly disrupted by a band of engineering students with brass instruments and drums, who played a parody of “Solidarity Forever” and shouted at the protesters to leave the building. The protesters were able to cobble together a halfhearted “hell no, we won’t go” chant before the engineers disappeared into an elevator, but there was none of that old time religion in it.

The SAN’s inability to effectively make even the symbolic gesture of a rally solidifies the widespread belief that only a few loose cannons care about these issues. Meanwhile, the non-hierarchical concept limits their credibility in the eyes of sympathetic people who are not willing to go all-in on political woo-woo.

Under Jeremiah Kopp’s presidency, UMSU has been more interested in procedural shenanigans, frivolous campaigns, and capital projects than in advocacy for the academic interests of its members.

As I’ve said before, Kopp’s measured, co-operative responses to university administration are more befitting the role of a university vice-president than a union leader – who should act as an external check on the institution, whose job is to ensure that boards, committees, and strategic plans don’t run roughshod over his members’ interests.

In fact, as UMSU president, Kopp seems more interested in dodging his membership while pursuing his preordained projects. The most egregious example is the recent fee hike motion, which also included a number of long-term changes to the union’s accounting practices and a plan to fund child care and financial aid for indigenous students. The motion was not announced publicly before the meeting at which it was carried. This means there was no time for serious analysis of the proposal before the vote was called.

A contingent of councillors discussed tabling the motion – which has time-sensitive items, but no short-term deadlines – and Kopp responded with the outrageous insinuation that they were trying to kill the motion out of latent racism. In the end, the fee increase and other changes were passed with virtually no oversight.

A union whose executive officers see their job primarily as navigating around the inconvenient rabble is a union that does not function properly. There are good people at UMSU, but the institution takes on some of the character of its leaders. This year is a transitional period that will affect the way UMSU behaves for years to come, and if things continue as they have been, this is not good news.

The province sets nice-sounding policy that puts the university in unanticipated double-binds. The university makes no attempt to escape these binds, while UMSU refuses to exert even the slightest pressure on them to do so. The SAN is too busy talking about how teaching is inherently fascist to effectively do anything at all.

But for the limitations of space and time, I could get into even gorier details about higher education in this godforsaken province. Manitoba’s flagship university is in trouble, and it’s clear that no one has a plan to save it.

It’s no secret: students will change this election