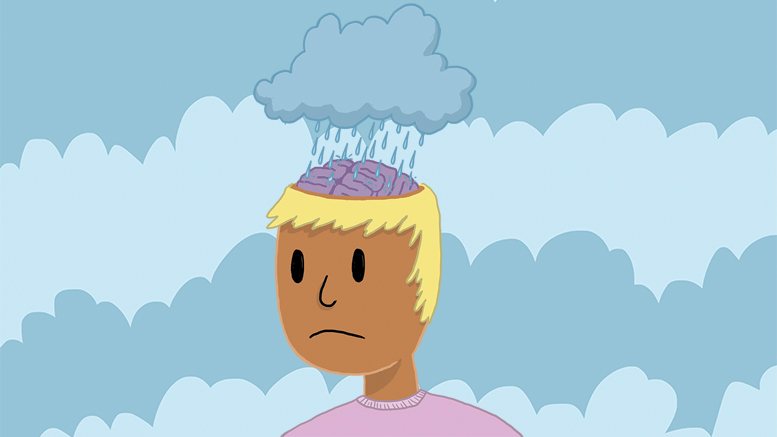 Mental illness has historically been a difficult topic for discussion, for such reasons as a lack of knowledge of its effects or the naive belief that it’s a rarity even in today’s society.

Unfortunately, due to this rationale, public awareness isn’t as high as it could be. This is especially problematic for families who have a loved one struggling with their mental health.

As an example, in September 2014 I had a panic attack for the first time. It was one of the scariest experiences of my life, as I had no control over my body and no idea what to do next. Thankfully, my roommate at the time was there to help me through.

Not even two weeks later I had another panic attack, but this time I was alone. Scared and concerned for my safety, I turned to the only people I could think of that could help – my family.

Struggling for breath, I trekked down to my old home and crashed through the front door. By that time I could barely see, and proceeded to faint in the hallway.

When I woke up, I expected to be on a bed with my mother and father consoling me. That wasn’t the case. Instead, dazed and confused, the first thing I heard was their laughter.

It was during that evening that I realized something was wrong, and that mental health awareness needed to be a more prominent topic of discussion within families going forward.

The main thing that resonated with me was that my roommate knew exactly what to do when I was struggling, yet my family did not.

I credit the difference to this individual’s own struggles with mental illness, and knowing exactly how to act and what to say in my time of fear from personal experience. My family members, on the other hand, had no knowledge of how to proceed during that time.

Other examples
On Saturday, Oct. 24, 33-year-old Winnipeg resident Reid Bricker, who suffers from mental illness, went missing. He was released at 3:20 that morning from the Health Sciences Centre’s emergency ward shortly following his third suicide attempt and third trip to a hospital within 10 days. He has yet to be found.

In an article written in the Winnipeg Free Press on Nov. 2, Bricker’s mother Bonnie stated that her son’s mental health struggles began many years prior, but that “we didn’t know how to help him.”

Similarly, in March of 2009, 22-year-old Toronto native Kulmiye Aganeh, who had schizophrenia, died while incarcerated at the Oakridge (now called Waypoint) Centre for Mental Healthcare in Penetenguishine, Ont. His passing was the result of sudden cardiac arrest due to the toxicity of Olanzapine – an antipsychotic drug that he was administered while in a chin hold.

In December 2014, Aganeh’s sister Ubah testified at a coroner’s inquest into his death. Along with the rest of her family, she was frustrated with the way the mental health system controlled him and treated his illness after he was dispatched to Oakridge in December 2007, to receive proper care.

“We were overwhelmed. We didn’t know how to help him,” Ubah told the inquest.

We didn’t know how to help. Those six words resonate strongly and seem to be commonplace when discussing mental health, especially in family circles. From personal experience, it’s an emotionally draining and frustrating occurrence.

I’m by no means saying that these families are to blame for what happened to their children. I feel for them and their grief. I simply wish it didn’t get to the point where these mothers and fathers felt helpless in the matter and needed to leave the safety of their son or daughter in the hands of an institution. Because as the two above examples demonstrate, sometimes these end up being less advantageous options.

Not having family present can be costly
Workers at hospitals or mental health facilities don’t know the individual patient like the patient’s family does. They don’t know what makes the patient tick or what being “OK” may look like.

A stranger – even one with the right qualifications – is still guessing in a way.

Using Bricker as an example, being suicidal as he was and having been in and out of different hospitals in less than two weeks, one might think that the medical staff would’ve been more cautious before letting him go.

His family wasn’t made aware that he had been released due to the Personal Health Information Act, and had they been, maybe he wouldn’t still be missing. While they would likely still be struggling to figure out how to help him most effectively, their presence even for a short time could have made a difference.

Speaking from experience, when you’re on the verge of ending your life, sometimes all you need is someone to tell you that they care. They probably won’t be able to help you cope with your personal struggles, but simply knowing someone is there speaks volumes and cannot be expressed enough.

What needs to be done?
Battling with mental illness isn’t easy and it’s made tougher when your family feels they cannot help you. The first and most important step towards changing this is education.

The best way to provide proper information is through organizations like the Canadian Mental Health Association (CMHA). I don’t think it would be a stretch to have the CMHA provide monthly workshops to families who want to learn more.

Distributing informational pamphlets door to door and having citizens answer questionnaires about their knowledge of mental illness could also be a strong way of gauging the population’s understanding, and would also give the government a reference point for what direction to take going forward.

Regardless of what the approach is, action needs to be taken so that no more families are torn apart by the stigma of mental illness.

Time to stand up to radical Islamism