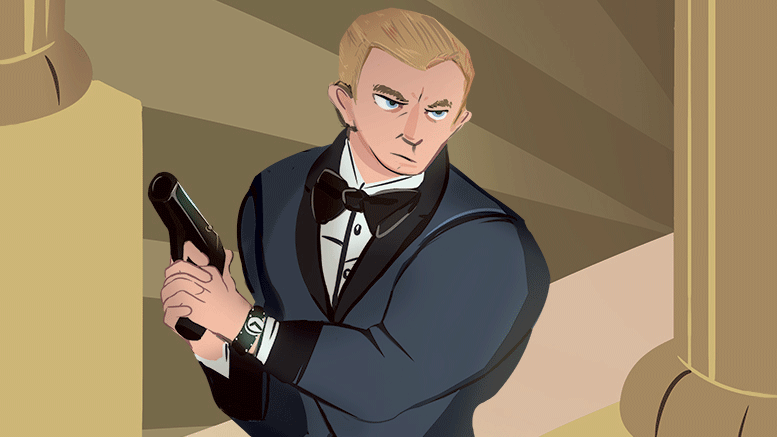 Since Daniel Craig first took up the role of James Bond nine years ago in Casino Royale, each 007 film featuring Craig has had a different, specific theme that prevails throughout.

The fantastic Casino Royale focused on the reinvention of Bond, which was then followed by the mediocre but action-packed Quantum of Solace, depicting a Bond hell-bent on revenge.

In 2012, with the Oscar-winning Sam Mendes as director, Skyfall followed the same blueprint that worked so well in Casino Royale, giving the audience a fantastic character study, and showing Bond more vulnerable than you’ve ever seen him.

So, where does Spectre – the latest instalment in the Bond franchise and Craig’s fourth (and possibly last) time playing the legendary spy – land among the rest?

Like its predecessors, Spectre also has a tone that is detectable throughout the entire film: nostalgia. Spectre pays homage to the many 007 films that preceded Craig’s tenure. If you are a Bond nerd, you will be delighted by the many references thrown into the film, going all the way back to Dr. No, the first episode released in 1962. However, if your knowledge of the earlier films is lacking, no worries, Spectre still serves as a solid action flick.

Spectre’s script (penned by John Logan, Neal Purvis, Robert Wade, and Jez Butterworth) follows a basic formula used many times before. A globetrotting Bond going from action sequence to action sequence comprised of shootouts, car chases, and fistfights. If not handled correctly, Spectre could have had a similar fate to the soulless Quantum of Solace.

Fortunately, the superb filmmakers involved – both behind and in front of the camera – propel Spectre above the average action flick.

Mendes returns to the director chair, this time working in tandem with cinematographer Hoyte van Hoytema (Interstellar, Her). Together they bring a stylish flair to the film, with every scene beautifully framed and shot.

Their skills are best showcased in the tremendous opening sequence, set in Mexico City on the Day of the Dead, and featuring hundreds of extras. In this sequence, Bond tracks down bad guy Marco Sciarra (Alessandro Cremona), finishing in a nail-biting battle aboard a helicopter.

Craig is dynamite, once again proving that he is the best man for the role. In comparison to Casino Royale and Skyfall, Craig is not offered as much space to develop his character but he nails every opportunity he is given through his blunt, yet nuanced performance.

Bond’s conquests are aided by MI6, which includes mission master M (played by the consistently reliable Ralph Fiennes), his secretary Moneypenny (Naomie Harris), and the brainy Q (Ben Whishaw, who is able to offer moments of comic relief).

However, MI6 faces their own bureaucratic difficulties in the form of Max Denbigh (Andrew Scott), who Bond quickly labels as C. C aims to end the 00 program, replacing the agents with drones.

After Bond’s mission in Mexico City he is led to Bond Girl number one, Lucia Sciarra (Monica Belluci), widow to Marco Sciarra. She sends 007 onto the trail of Spectre, a criminal organization led by Franz Oberhauser (Christoph Waltz), a mysterious man from Bond’s past.

Waltz nails the role, playing Oberhauser with a venom-laced calmness. Another nostalgic reference comes in the form of Mr. Hinx (former pro-wrestler Dave Bautista). Hinx is a man of very few words (he speaks one word in the entire film), reminiscent of henchmen from Bond movies past.

When Bond heads to Austria looking to take down Oberhauser and Spectre, he is introduced to Bond Girl number two, Madeleine Swann (Léa Seydoux).

Swann is less than impressed by Bond’s set of skills and licence to kill. Although, just as you’d guess, she eventually falls for the debonair spy.

On paper, Spectre looks like a film that we have seen many times before.

It is the work of the cast (led by Craig) and a tasteful filmmaker in Mendes that raises Spectre above its relatively simple script. It may not rank among Casino Royale and Skyfall, but it suffices as a well-made Bond film.

Spectre is currently playing in both Landmark and Cineplex theatres across Winnipeg. For showing dates and times, visit www.cinemaclock.com.