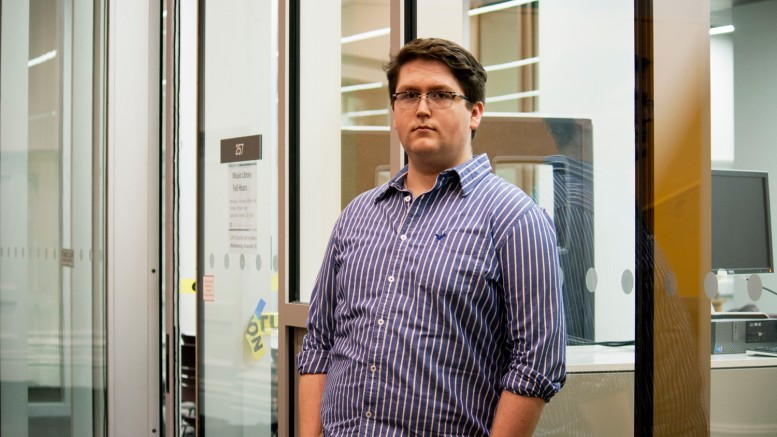 Students from the Desautels faculty of music have approved a motion condemning recent budget cuts and calling on university administration to cancel currently planned reductions and restore funding to the faculty.

The motion was approved by an overwhelming majority of attendees at a general assembly two weeks ago organized by the Faculty of Music Students’ Association (FMSA). Roughly half of the faculty’s 241 students were in attendance, with all but a handful voting in favour of the motion.

The Desautels faculty of music saw a three per cent contraction this year as part of departmental cuts in the 2015-16 budget. Another round of departmental cuts are expected for the 2016-17 budget, which will be voted on by the university’s board of governors in the summer.

Dean Dawe talks cuts
Faculty of music dean Edmund Dawe served as the opening speaker at the general assembly after receiving a request from FMSA senior stick Kieran Labossière to explain the impact of the cutbacks to the faculty of music.

According to Dawe, cuts to the faculty budget have been met this year largely by cutting budgetary lines for things like travel and advertising, as well as through a reduction in teaching hours for sessional instructors – which represents the largest variable cost in the faculty’s budget.

With further cuts expected for next year, Dawe said he expects the money will have to come from sessional instructors. However, a further reduction in sessional workers would also require a reduction in student enrolment, as sessionals are largely employed for one-on-one lessons with students.

Already student enrolment in the faculty has experienced a small decline. Since fall 2013 the faculty has seen a small drop in undergraduate enrolment, from 251 to 241 in fall 2015. Dawe said he expects these numbers to drop more drastically next year to match a more drastic cut to sessional instructors.

“The only way to cut back on that budget is to have fewer students for those sessional instructors to teach, which means you decrease the overall enrolment,” Dawe said.

“This year, we were able to spread it around in different ways. Some of our full-time faculty took on heavier workloads and then we didn’t have to hire sessional instructors to teach some things. We were able to cut back on travel, advertising, just different areas of the faculty that we were able to cut back on. Basically, taking small amounts from different areas of the budget, but we’ve pretty much pared those down to pretty much as low as they can go. You know, we still need an advertising budget, we still need for faculty to be able to travel to do their research.”

Although Dawe remains concerned about the impact of cuts to his faculty, he also acknowledged the difficult financial position the university finds itself in. He cited maintenance costs for the recently constructed Tache Hall – a space he said he believes is sorely needed and long overdue for the faculty of music – as an example of rising expenses, while also noting limited options for increasing revenues.

“I fully understand the university has some serious financial challenges,” Dawe told the Manitoban.

“Of course, I understand completely and I sympathize with the administration completely with having to deal with this, but as it filters down into the faculties it means something different for every faculty as to how they absorb the cuts. For us it means future students.”

According to Dawe, cuts to enrolment are particularly damaging to the faculty of music because of the special nature of the program.

“Some people might wonder ‘Well, if you’re a piano major why are you worried about if you’re not going to take as many violins next year.’ Well, that will actually affect the amount of chamber music we can do in the faculty if we don’t have enough violins or other instruments,” he said.

“With us, with enrolment, you’re impacting every single area of the faculty the minute you decide to take fewer singers, or fewer piano majors, or whatever. Then you’re actually affecting everybody, so that’s when it gets very, very difficult.”

Engaging students
Labossière helped organize the general assembly and told the Manitoban the budget cuts within the faculty had become a serious concern for music students.

“There’s already the dry joke about how we never have any money,” said Labossière. “It’s something students are aware of. And then the fact that our budget is being reduced […] Our equipment is very outdated. There is concern.”

“When we bring it up with students, we get a certain reaction. ‘Why is this happening? What can we do about it? What does that mean for me and my education?’”

Labossière said the reactions from students at the assembly were positive.

“I think they really appreciated being consulted, kind of brought into the loop,” Labossière said.

“It’s very easy to, just as a council, do your own thing and not necessarily listen to students. Or not even to not listen, but to not consult them really. But this sort of thing opens up a dialogue between council members and the students in a more formal capacity so that students feel free to voice their opinions.”

Labossière said music students are now looking at other actions to take since approving the motion, including writing a letter to administration, asking the music faculty council to pass a similar motion, and participating in an upcoming rally against the cuts organized by the Stop the Cuts coalition.

“I hope this will galvanize further student action, because I think there’s a bit of a culture of inaction on our campus and I’d really like to see that change,” Labossière said.

“I think the really big overarching goal of holding this assembly was so that we could make our students feel empowered to create change, to make their voices heard, to engage in campaigns like this. To just give students a voice, which I think is something that is a little bit lacking in the general student population.”