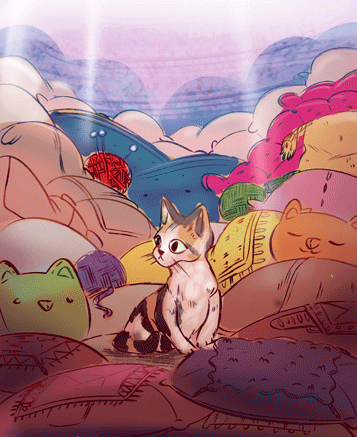 As of Nov. 9, local animal shelter Craig Street Cats (CSC) has paid its outstanding bills. Lynne Scott, executive director and founder of the organization, is relieved about this turnaround from a mere few weeks ago, when Winnipeg’s largest cat-specific shelter was on the verge of shutting down. However, her work, and the work of the community is far from over.

“As always, the challenge is money,” said Scott.

While the shelter has no outstanding debts, it has grown too large over the years to rely on sporadic large donations and time-consuming fundraising campaigns.

In order to implement and maintain programs and services unique to Winnipeg’s largest cat shelter, they require a steady stream of smaller monthly donations.

In August 2015, CSC implemented a neonatal kitten care unit – the only one of its kind that Scott is aware of in Canada.

Instead of hunting for this unicorn volunteer, CSC established a unit in their adoption centre for the orphaned kittens, to be manned by in-house volunteers.

Unfortunately, at around the same time the neonatal unit was established, a wave of feline parvovirus hit, which cost the lives of upwards of 45 kittens and CSC around $50,000 in expenses. This forced the closure of the unit shortly after it opened in order for CSC to make ends meet.

CSC hopes to reopen this unit and improve their current care now that they are back in the black.

“There is so much more we could accomplish with a regular source of income,” said Scott.

The shelter requires about $20,000 per month to cover basic expenses such as rent, utilities, monthly care, and payroll for permanent employees.

CSC has embarked on a pledge drive, hoping to gain more monthly contributors. Due to the harbouring clause of Winnipeg’s animal control bylaw, CSC is not recognized as a charity, which makes donations harder to come by.

Years ago, some may have heard about a Wolseley resident sheltering dozens of cats in her own home. That’s because CSC started off in Scott’s residence on Craig St., officially in April 2008.

The precipitating event occurred slightly before, in the fall of 2007, when a stray kitten made its way into Scott’s house and wound up staying. She spotted some pink noses poking out of a firewood pile outside, and those kittens joined. Scott began counting strays on her block. She counted forty stray adult cats on Craig St. alone. Scott tried looking for “that magical person” to take them all in; finding no one, she decided to become that person.

Scott’s neighbour wrote for the Winnipeg Free Press, and publicized her efforts. Pretty soon, people from all over the city were coming to her door with strays that needed a home. Just before she moved to a larger location on Madison St. in 2013, almost one hundred cats were residing in Scott’s Wolseley house, with a “small army” of volunteers coming in every day to help tend to the cats.

The shelter is now located at an even bigger location on St. James St., and is home to approximately 5,000 cats.

In order for this organization to survive, they require volunteers – whose job involves a lot of cat cuddling – as well as small donations.

A $10 pledge per month is less than the price of two beers at a bar. As for volunteering, playing with cute animals on a regular basis is a proven stress-reducer, and if you’re less stressed, you’ll do better on your exams and assignments – technically it’s an investment for your future success.

Be sure to check out CSC’s website www.craigstcats.ca to learn more about donating, adopting, and volunteering.

We are all tourists