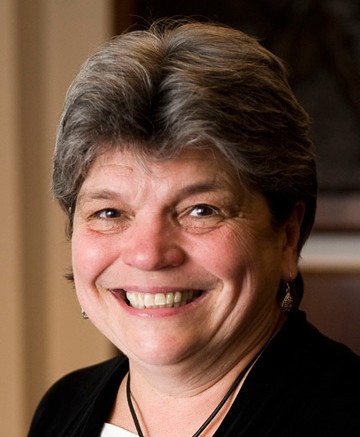 This is a timely conversation affecting both nurses and doctors in Canada, as physician-assisted suicide is on track to become legal throughout the country.

In February 2015, the Supreme Court of Canada came to a unanimous decision in the case of Carter vs. Canada, finding the current laws prohibiting physician-assisted suicide to be unconstitutional.

The ruling states that physician-assisted suicide should no longer be prohibited provided that the patient is a competent adult and has “a grievous or irremediable medical condition.”

The court gave Parliament one year to legislate in the area of physician-assisted suicide before laws prohibiting the practice are nullified on Feb. 6, 2016.

There has been no legislation proposed in this area since the Supreme Court ruling was made earlier this year. The CBC has reported that the newly elected Liberal government in Ottawa is expected to ask for a six-month extension to review the Supreme Court’s decision.

Meanwhile, conversations on what this legislation could look like continue.

A three-person independent committee was appointed by the former Conservative government in response to Carter vs. Canada. They were asked to review physician-assisted suicide and present their findings and possibilities for legislation to the federal government. They are to present their recommendations before the new year to the new Liberal ministers of justice and health.

The topic of the U of M lecture, “Emerging Ethical Challenges for Palliative Care,” was chosen at the request of nursing students at the University of Manitoba in order to address some of the issues arising from the Supreme Court ruling. Taylor is a senior research scholar at the Kennedy Institute of Ethics and a professor of medicine and nursing at Georgetown University in Washington, D.C.

Throughout the presentation Taylor opened up discussion on potential roles of nurses in physician-assisted suicide, pointing out that nurses are involved with patients concerning their end of life care just as much as doctors.

Although it is unclear at this point what the legislation will look like, she wanted to explore potential ethical dilemmas that health care providers may face, and open up a conversation.

“Now, I want you to see what we are balancing here. You are holding the conscience of individuals; you are holding the good of society, and their access to valued services. This is why these [questions] are heavily contested,” she said, adding that the rights of nurses and physicians are also important.

“The fact that it becomes legal does not compel any physician or nurse to participate in an act that would violate our own moral integrity.”

She advocated for nurses to explore their own moral compass in preparation for the coming legislative changes.

“What does it mean to be a wise guide and what are our responsibilities as professional caregivers when somebody expresses that [desire] to end their life?” she asked.

Nursing students in attendance at the event had concerns about how these changes will be legislated.

“I think the law should only be for those who are terminally ill. [If the patient has an] irreversible condition I would say that it is okay,” said Kayode Otegbade, a nursing student who attended the forum.

“When it is open to the general population, then it is going to be abused.”

In a statement released after the Supreme Court ruling, the Canadian Nurses Association (CNA) welcomed the changes and expressed their commitment to providing care to all Canadians and continuing the conversation on end of life care in line with the code of ethics for registered nurses.

The CNA continues to put a strong focus on supporting and improving palliative care.

This includes respecting the free choice of the patient and supporting those with chronic illness and other life-limiting conditions.

Elaine Mordoch, associate professor of nursing at the University of Manitoba, put that into perspective in an interview with the Manitoban.

“The Canadian Nurses Association’s focus is really on promoting the palliative approach to care […] not just in end of life, they are actually talking about the palliative care approach promoting people’s dignity and wishes throughout life and the illness experience,” Mordoch said.

“However this does not mean that nurses are against assisted suicide” she added.

“Nurses are governed by a code of ethics and within that code of ethics they are obligated to deliver safe and compassionate care. A huge body of nurses are interested in end of life care, and working towards facilitating that in the best way possible. One of the options may well be, for certain people, assisted suicide.”

A 2010 Senate report titled “Raising the bar: A Roadmap for the Future of Palliative Care in Canada” outlines the current state of palliative care in Canada and directions for improvement.

“We are a death-denying society who refuses to accept that we are all going to die, and cling to the hope that our own death will be quick and painless. Yet, that will not be the reality for 90 per cent of us,” the report states.

“We need a culture of care that recognizes death as a natural part of life, responds to the reality that death trajectories are changing, and that incorporates palliative care services sooner for those who have a life-threatening illness.”

There have yet to be any curriculum changes incorporating physician-assisted suicide into the college of nursing curriculum. However, the faculty of medicine at the U of M is looking into changing the curriculum at the graduate level.

Care is a team effort between doctors and nurses, Mordoch explained. Although doctors may make the final decision, many conversations with patients’ families take place with nurses.