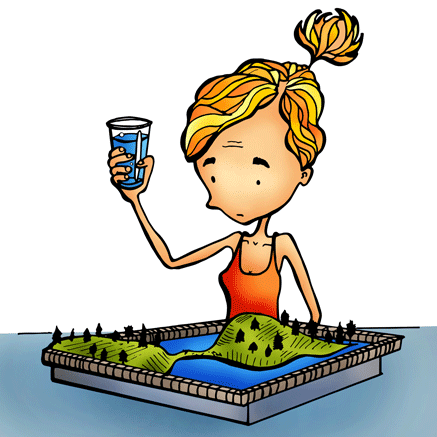 This past September, nearly 1,000 Winnipeggers gathered at the Legislative Building to participate in the Winnipeg Water Walk, an event which called for hard commitments from the local, provincial, and federal governments towards the building of Shoal Lake 40 First Nation’s “Freedom Road.” At this event, Premier Greg Selinger announced that Freedom Road would be included in the next provincial budget.

The recently unseated Harper government had provided no indication of changing its position to fund only one-third of the cost of the design study, and not the actual construction of this all-weather access road, which will cost an estimated $30 million in total.

With the newly elected Liberal government, there is hope that the federal government will fulfil their responsibility to fund the road. During the election campaign, Liberal leader Justin Trudeau promised to address the “inexcusable” situation at Shoal Lake 40, and several newly elected MPs in Winnipeg have indicated their support for Freedom Road as well.

Winnipeggers have also taken notice of this situation, believing it to be a valuable opportunity to begin to reconcile relationships with the First Nations of our country. It was, after all, the City of Winnipeg’s utility that displaced Shoal Lake 40 members in 1913 to build the aqueduct and intake works that diverts drinking water to Winnipeg.

Persistent indifference to this systemic injustice – an injustice that has caused the community’s 18-year-long boil-water advisory – showcases the institutionalized racism that continues to exist in our city and country.

This summer, Winnipegers’ quest to assist in bringing justice to Shoal Lake 40 was displayed through several actions. West Broadway Community Ministry held “10 Days for Shoal Lake,” which drew support from various faith communities and consisted of numerous actions, including a petition to Stephen Harper that stretched as long as a city block.

In a matter of weeks, Rick Harp managed to crowdfund over $100,000 of conditional funds for Freedom Road. Although the lofty goal of $10 million was not met (and thus, no funds were collected or distributed) his campaign was a testament to the staggering support that exists surrounding this issue.

The “Churches for Freedom Road” campaign recruited over 60 places of worship to post “We support Shoal Lake 40 Freedom Road” signs (a number that is still growing), and recently expanded the campaign to the Kenora riding, wherein a portion of Shoal Lake 40 is situated. Additionally, former Kildonan-St. Paul MP Joy Smith broke ranks with the ruling Conservative Party when she held a press conference at her constituency office expressing support for federal funding of Freedom Road.

Now a newly formed coalition, Friends of Shoal Lake 40, is seeking to increase pressure on the City of Winnipeg to follow the province and include funding for Freedom Road in its December budget. Until recently, it was the city and province that have been most vocally supportive of building the road. But the mayor’s office seems to have been caught off-guard by the recent turn of events in Parliament, as well as the demonstrable public support over the past several months.

Given Trudeau’s promise to remedy this wrong – as well as to end all boil water advisories in Canada by 2020 – Bowman must recognize that now is the time to honour the city’s commitment by including funding for Freedom Road in the 2016 budget.

On Oct. 6, Cindy Gilroy, city councillor for Daniel McIntyre, introduced a motion that was passed at the Standing Policy Committee on Infrastructure Renewal and Public Works that “the commitment made in principle to Shoal Lake 40 First Nation for Freedom Road be sent to the 2016 Capital Budget process.” The motion requires the Chief Financial Officer to take action on this item, to be considered by city council.

The First Nation’s own “Museum of Canadian Human Rights Violations” – a historical tour of Shoal Lake 40 initiated in the fall of 2014 – has proven to be an effective campaign tool for amplifying the call on all levels of government to address the gross inequity that exists. This museum has been visited by hundreds of concerned Canadians, including David Suzuki, Maude Barlow, and Winnipeg Chamber of Commerce President Dave Angus, as well as international human rights organization Human Rights Watch.

Friends of Shoal Lake 40 is asking Winnipeggers to continue to exert pressure on the City of Winnipeg by signing and circulating our petition, which can be found at www.buildfreedomroad.com. Meetings with several city councillors have indicated that with strong public support for Freedom Road, we can encourage councillors to do the right thing and make Freedom Road a reality for the people of Shoal Lake 40 First Nation – which in Chief Erwin Redsky’s words is “a matter of survival […] [and] a matter of our most basic human rights.”

Chuck Wright and Christie McLeod are both members of Friends of Shoal Lake 40.