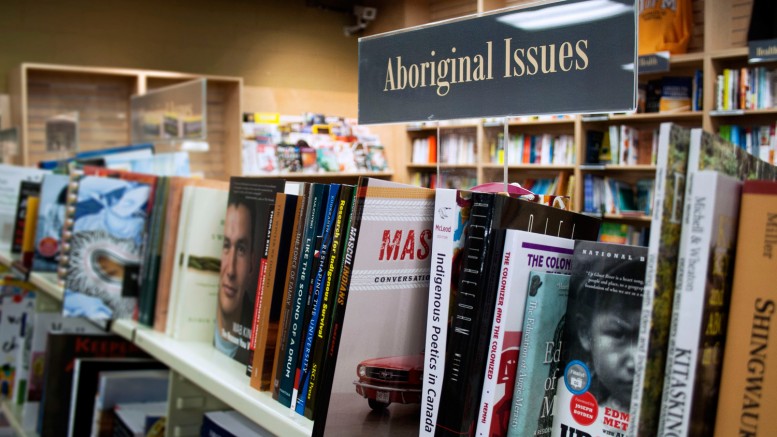 The call for inclusion of indigenous Canadians in the labour market is the focus of a new book launching this week from the University of Manitoba Press, entitled Decolonizing Employment.

The newly published book was authored by Shauna MacKinnon, an assistant professor in the department of urban and inner-city studies at the University of Winnipeg.

MacKinnon served as the former director of the Canadian Centre for Policy Alternatives-Manitoba and remains an advocate for policy change to tackle poverty and social exclusion through numerous community initiatives and coalitions.

Decolonizing Employment is a thoroughly researched study of indigenous participation in the Canadian labour market from a political economy perspective.

“I talked about some of the training programs that are happening here and some of the things that the provincial government has done here to make employment more accessible […] There is potential here but I think we are not doing as much as we need to do but I think it is an interesting place and space to look at what can be done and I think it is transferable to other regions of the country.”

MacKinnon told the Manitoban that the Canadian government and employers need to take responsibility in building a bridge toward reconciliation with indigenous people that will successfully link them with good jobs and better educational opportunities.

Her research is complemented throughout the book by stakeholder interviews in a bid to uncover the shortcomings of what she characterizes as “neoliberal” training programs.

Neoliberalism is a political movement characterized by tax cuts, minimal government regulations, and balanced budgets, often at the expense of government social programs. It prioritizes private sector growth and seeks to bring private sector management practices into the public, or government, sector.

MacKinnon said that the current political discourse around tax cuts is unhelpful, arguing that more revenue for the government is ultimately necessary in order to facilitate reconciliation.

“Government needs to do more in terms of investing more in training but then we all have to take a look at what that means and investment means we need more money,” MacKinnon said.

Her argument depicts a Canadian society dominated by neoliberal governance, with policies that have visibly constrained the ambitions of indigenous Canadians. She therefore demands a paradigm shift towards a deliberate, concerted effort to improve the lives of indigenous people through reconciliation.

“I really do believe that if we are serious in Canada about improving conditions of indigenous people – and that will be improving education opportunities, training opportunities, employment opportunities – then we have to do things differently and that means moving away in the opposite direction of the neoliberal model which translates into greater investments,” she said.

“My argument is that we are moving in the opposite direction so we are making it difficult for indigenous people to access education, training, and good jobs.”