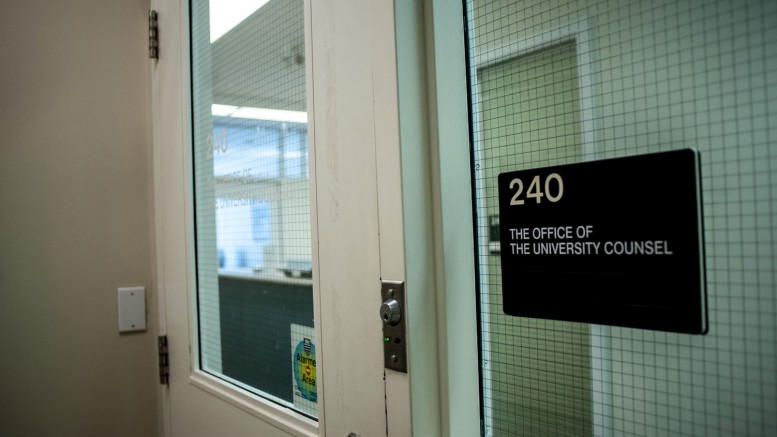 Photo by Kosta Prodanovic (The Ubyssey).

VANCOUVER – The lack of substantive answers around former University of British Columbia (UBC) president Arvind Gupta’s resignation has hit UBC’s two freedom of information staff the hardest, raising the question of whether UBC does enough to support access to information.

The small access and information department within the office of university counsel receives an average of 20 requests for information each month, but in August a deluge of 47 came in – half of which were from journalists and community members trying to find out why Gupta resigned.

Shortly before the start of UBC’s fall term, Gupta resigned suddenly after only one year of his five-year contract with the university. Since then, the university has been roiled in internal strife and many questions have been raised about the circumstances behind the resignation.

“In the five years I have been at UBC, this is the largest number of requests I’ve received about the same issue in such a short period of time,” said Paul Hancock, legal counsel for information and privacy at the office of university counsel, in an email.

Freedom of information (FOI) requests are how information is sought from a public body when the material is sensitive in nature or unsatisfactory responses are given when asked for directly.

When a spike in volume happens, file completion times slow down. The office even became two months late for its routine posting of the April 1 – June 30 quarterly FOI report.

These spikes raise questions about the office’s ability to handle requests from students and community members in a timely fashion. British Columbia’s Freedom of Information and Protection of Privacy Act – the provincial act governing FOI requests – requires they be answered within 30 days, but at UBC they’re rarely completed by then. The files can drag on for months or even years.

Hancock said the university’s average file completion time is 40 days. It’s skewed, though – half are routine personal records requests from students, faculty, and staff and they don’t take much time. Requests made in the public interest by the UBC Alma Mater Society (AMS), the university student union, and student media consistently take long periods of time.

“The time for response at UBC is atrocious. They frequently respond with requests for extensions,” said Geoff Lister, former coordinating editor of the Ubyssey. Lister has filed about a dozen requests with UBC over the years – most of which have taken many months to be completed.

“I think they are dealing with a large workload for the amount of staff,” said Neal Yonson, who has similarly filed around a dozen requests as founder of UBC Insiders – a blog dedicated to digging deeper behind the scenes of UBC’s decision-making processes.

“It’s hard for me to say for sure they need more staff, but I’m certainly left with that impression from the outside.”

Jude Crasta, AMS vice-president external, puts the average completion time for the AMS’s FOI requests somewhere between a minimum of six or seven months with the longest taking 18 months.

Cost-recovery fees are also assessed for any record searches exceeding three hours of work – recently the AMS paid around $6,022 for 2,000 pages of documents related to the UBC Farm, a 24-hectare model farm on the UBC campus.

All the students interviewed were clear in distinguishing the system from the office staff who they have been found helpful and cooperative.

“They’re good people and do their job to the best of their ability,” said Yonson. “They might just be understaffed.”

Hancock estimates FOI requests cost the university $220,000 per year, including the 20 per cent of his time he devotes to FOI work and other overhead. That’s less than five per cent of the Office of University Counsel’s budget and 0.023 per cent of UBC’s total budget – cost-recovery fees charged would be subtracted from that.

That budget includes a second full-time staff member who was hired in response to seven straight months of more file requests being opened towards the end of 2014. The requests were being made at a far faster rate than they could keep ahead of and requests have been steadily increasing by 5-10 per cent every year.

Hancock attributes that to “rapid increases in the size and complexity of the university,” but also a growing public interest and demand for accountability, which he calls a good thing.

“While we can’t control how many requests we receive, we can try to respond as efficiently as we can,” said Hancock, noting that UBC’s productivity levels – measured in number of files responded to per month – compares favourably to similar organizations. He calls it a “lean but efficient” system and he’s confident they can begin reducing their average file time with the second staff member.

Despite the best efforts of the office’s staff, the delays, fees, and redactions – blacking out sensitive parts of documents – lead many users of the system to believe it’s being abused.

“The reality is their office is overloaded and because the university chooses to censor and fight so many requests – the office has no choice but to spend huge amounts of time on each request instead of simply releasing information that is due to the public,” said Lister, who notes that students are in an especially weak position with busy schedules and high turnover rates.

“Filing for information requires patience and stamina that few students have simply because, when they get their requests back, they’re gone,” said Lister.

Requests concerning Gupta’s resignation were grouped together to improve efficiency and will be released to journalists and the community all at once in early November – four months or so after most of them were made.