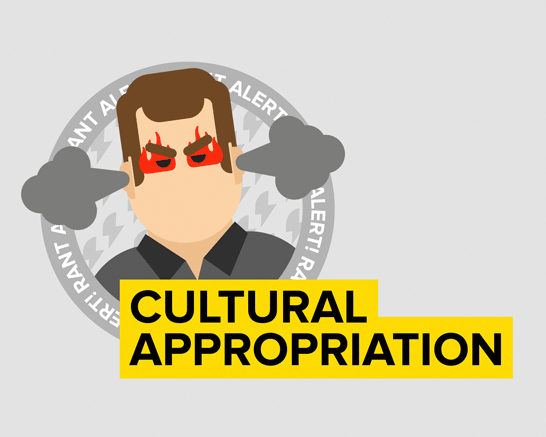 With the exception of those who carry a puritanical aversion to anything remotely close to the cadaverous, Halloween can be a wonderful time of year.

For young adults, it’s party time. Your coolest home-owning friends are probably planning some sort of costumed shindig already. Even if they aren’t, there’s a bevy of nightclubs and pubs in Winnipeg ready to play host to the masquerading masses.

You’ll get dressed up as something iconic, hilarious, scary, or endearing. You’ll have some drinks and hit the dance floor. A perpetually roaming club photographer might snap a photo of you for social media posterity, and that’d be pretty cool – but if you end up in the news the following day, there might be a problem.

This article is about that problem. I mean, it would be, if I hadn’t already written that article two years ago.

One of the first articles I ever contributed to the Manitoban was an indictment of one individual who on Halloween of 2013 chose to hit Stereo Nightclub in blackface. The photo of the individual was shared hundreds of times on social media, according to the CBC. The image was posted as a part of Stereo’s promotional photography albums. Thus the establishment also came under rightful fire for allowing the individual in.

This Halloween, save everyone the grief and the media circus.

If you, as a non-black individual, want to dress up like a culturally iconic black celebrity such as Jimi Hendrix, then I’ll applaud your right to do so, but only if you leave your face the colour it is.

You are not making a more accurate costume by painting your face in such a way. You are evoking an age-old cultural stigma, the wounds of which are still far from fully healed.

The Black Lives Matter movement and the very recent, very racially motivated riots in Ferguson, Mo. are proof enough that the marginalization of black North Americans is far from over. As such, no one stands to benefit from treating blackface and minstrelsy with any kind of frivolity.

Cultural appropriation certainly doesn’t begin and end with blackface – far from it. A cursory Google search will yield innumerable options for “Indian” (in a misnaming that deserves its own article) costumes for both adults and children.

The indigenous minority has been persecuted for years. From colonialism to the “cowboys and Indians” trope to the (albeit, recently banned) wearing of Native American headdresses at music festivals such as Osheaga and the Edmonton Folk Music Festival, indigenous culture has been taken out of the hands of those it belongs to for long enough. What might be a cute Hallow’s eve outfit to some will be racially and even spiritually offensive to many.

Again, this isn’t exclusive to any particular racial minority. This also means no “Chinamen”, Hinduistic deities, stereotypical Hasidic Jew garb (if Macklemore couldn’t get away with that one, just think how you’ll fare), and any other racial stereotypes under the sun.

The point of this article is not to infringe on your freedom of expression – it’s to prompt you to think about what that expression represents.

You are free to dress in whatever costume you please on Halloween. However, if you choose to evoke such racially charged imagery, do so knowing that you’re aligning yourself against the right of Canadians and Americans alike to have their respective cultures and races respected and free from mockery.

Legends of the Periphery: King of Iron Chefs, Hiroyuki Sakai