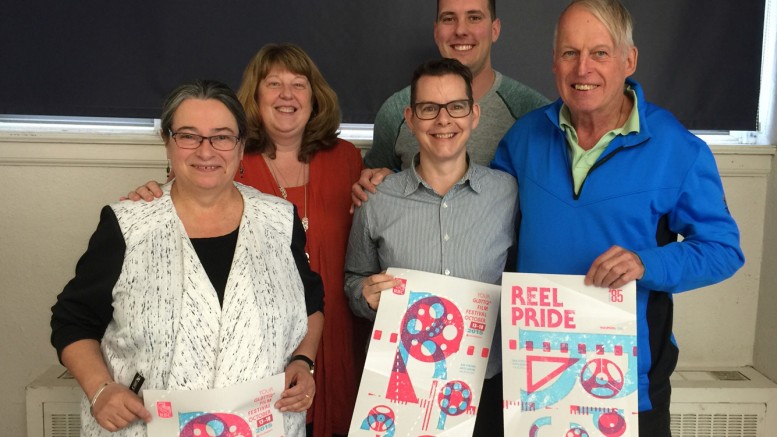 The Reel Pride Festival will be celebrating its 30th year in Winnipeg by continuing to show films that focus on content relevant to the queer community. The purely volunteer board is excited to share the films they have collected for this year’s festival, which takes place at the Gas Station Theatre from Oct. 13-18.

This year, the festival has sponsored three pre-screenings at two alternate locations aside from the host venue. The first one was a screening of The Amina Profile: A Gay Girl in Damascus, shown in a women’s and gender studies research class at the University of Manitoba to which all were welcome.

“This is never going to show up in mainstream cinema,” said program committee member Annette Schultz.

“We provide a place for film that has to do with any of the issues or stories or narratives that have to do with LGBTTQ*.”

The attitudes of the audience evolved as layers of the story began to unfold. The audience was taken on an emotional journey alongside Montrealer Sandra Bagaria, who not only bravely displayed the personal side of her story, but also explored the effects her online lesbian relationship with Syrian social and political activist Amina Abdallah Arraf al Omari had on the queer community in Syria and around the world.

The way people identified with the film varied throughout the room in the discussion that took place after.

The focus shifted from political crisis, to online relationships, to how people identified with the characters from the perspective of their sexual orientation. A discussion participant pointed out that the films have many layers and points of view, so when attending the Reel Pride Festival, queer content is going to be an aspect but not necessarily the focus.

Matthew Pruse, a member of Reel Pride’s board, described why the entire community, regardless of sexual orientation, should be involved in the festival.

“We all know someone that is gay or lesbian, or trans, et cetera […] We have tons of people in our community and at the end of the day, everyone’s lives are connected. When Reel Pride started, being out wasn’t socially acceptable, it was on the cusp of that turn […] The mandate of Reel Pride is to bring the issues of our community into the [wider] community so we get the visibility and the knowledge about different issues.”

“You are sharing part of our lives with us and our different challenges and concerns,” added Pruse.

It is evident that the board members are excited for the Reel Pride 30th anniversary.

“Anything that can exist for that long is awesome – this needs to be celebrated,” said Schultz excitedly.

“There are two lesbian shows in mainstream media that are coming out at the same time as our film festival, one of them that we were hoping to have but it got picked up. I don’t know that that has ever happened before […] That’s what’s changed now, but we’ve been around for 30 years.”

“People are starting to take notice of what we’re doing here in Winnipeg,” said Ron Lambert, organizer of the short film competition program.

This year’s show on Oct. 14 at the Gas Station Theatre contains three hours of selected Canadian shorts with queer content from around 80 entries.

The Reel Pride festival has done a lot for the queer community in Winnipeg since its humble beginnings in 1985, even within the committee running the festival.

“We needed to get permission for people to put their names on the board list. Now they’re active and contributing and out,” said Schultz.

“Some of the films helped me come out and be a better person,” added Pruse.

The next outreach pre-screening Four Moons will take place at Red River College Princess campus at 7 p.m. on Oct. 9. Newly featured online ticket purchasing can be done on the website. Information about the pre-screenings and festival schedule can be found online at www.reelpride.org