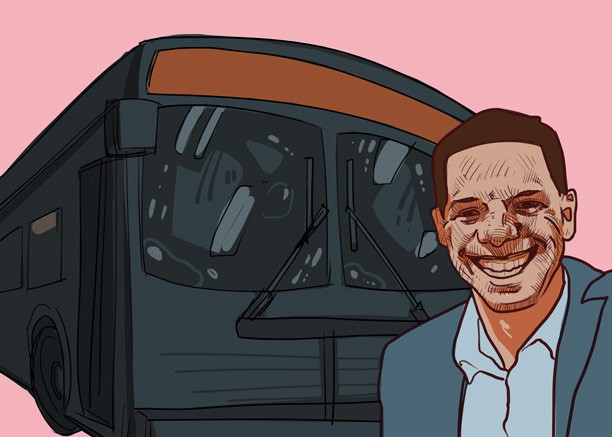 Like any regular rider of buses in this city, I’ve come to hold a constant low level of loathing for the form of transit that I’m dependent on. The perennial lateness, overcrowding, and poor service to many areas of the city is just a fact of life that I’ve made my peace with.

When I heard that service was going to be reduced on several routes due to maintenance issues with the bus fleet my reaction was a study in indifference. It’s still nice out (warmest year on record, folks!), and I can still avoid buses by biking or walking. Come winter all bets for anything resembling regular service are off in a normal year, so I figured this year couldn’t possibly be worse.

But then I read that our mayor had said of the reduction in service that “The service level expectation needs to be more realistic than they were,” and my reaction was considerably more colourful than indifference.

My expectations of Winnipeg Transit are the most realistic and least idealistic part of my life – not out of choice, but because it’s something I have no control over, and so must accept. I expect buses to be late. Sometimes, especially in winter, I expect them to just not show up at all.

I expect buses to be overcrowded – sometimes to the point that they just blow by my stop. I expect that, if I have to do something that takes only an hour but is physically distant enough to require using the buses, that it will actually take closer to two or three hours.

I expect to hear people who never take the bus – Brian Bowman, I’m sure, is in this category – complain about the quality of the roads and snow-clearing schedule with absolutely no recognition of the fact that having a publicly funded system of roads for the use of a private vehicle is not a birthright.

I expect them to howl when money is announced for public transit, for people too poor to afford cars: “how dare the city, when there are unfixed potholes on my front street?” I expect the mayor and councillors to bend over backwards to see those potholes filled.

Bowman promised to complete all legs of the bus rapid transit system by 2030 That’s all legs of a city-wide system, not just the single one to the U of M that was half done when he was elected. I have no doubt that the otherwise conservative Bowman did this to win the votes of people who genuinely believe in the need for rapid transit.

If he was personally committed to this promise, there might have been some evidence of plans on how to realize this massive project. There wasn’t during the election, and they have not materialized since. Politicians are as politicians do.

His plan to accomplish his election promise? Ask the federal and provincial governments for money. That’s it: to say please, presumably while flashing his selfie-ready smile. Not very realistic, either as a plan for building infrastructure or as an expectation of the other levels of government. And yet, that’s all he has: rapid transit would be nice, and it would be nice if someone other than him figured out how to pay for it.

Meanwhile, the people who actually use transit are left to explain to their bosses why they’re late for work, left to freeze in the winter and sweat in the summer waiting for buses that never show up. Left to feel every day of their lives like second class citizens.

So, Mr. Bowman: my expectations of Winnipeg transit aren’t unrealistic. The only unrealistic thing about my expectations was that I didn’t expect the indignity of being chided by an empty smile that told a cynical lie to get elected, and then dropped that lie like a hot potato once he was.

If you’ll excuse me, I’ve got a bus to catch.