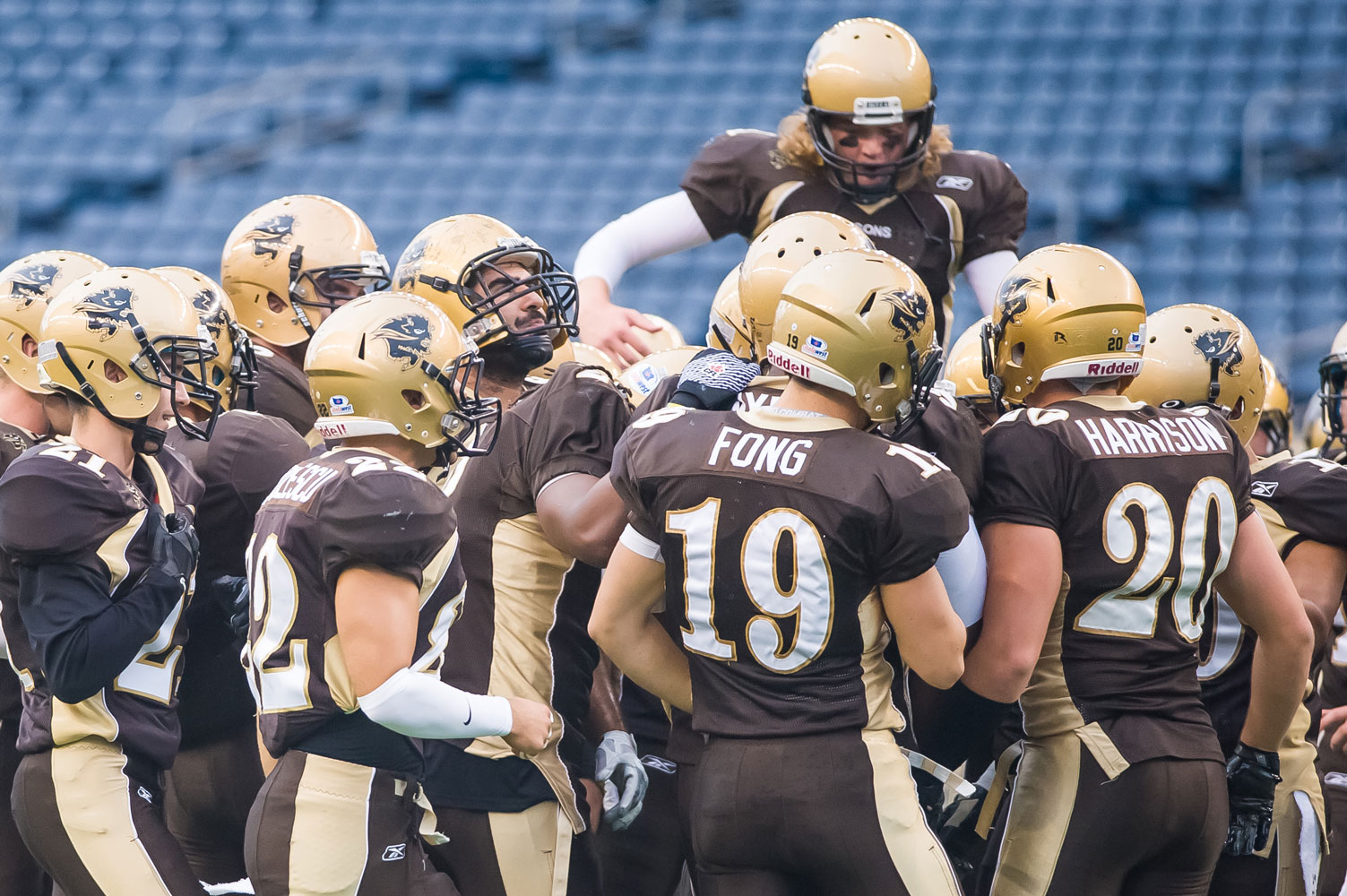 Tyler Fong has been forced to make a few adjustments during his football career. The first was adapting to a change in rules while in junior. The second was moving provinces to pursue his CIS dreams. The third? Well, that was saving his own life.

Fong grew up in British Columbia, and started playing football in grade nine for a now dominant Mount Douglas program. He played both ways, as a quarterback and a defensive back, winning a provincial championship in the process.

While he played on the provincial team as a quarterback, Fong was ultimately recruited to local Simon Fraser University for 2011, to play defensive back. After a year there, he made the move to junior football, playing for the Westshore Rebels as a safety in 2012.

The most intriguing part of his shift in 2012 was the fact that in junior football, they play Canadian rules, whereas in high school in BC, as well as at Simon Fraser – where the team plays in the NCAA, they play American rules, with a smaller field and 11 players as opposed to 12.

“It was interesting. I’d never played Canadian football before – like the Canadian rules – so that was nice prep to coming to the CIS,” Fong said.

The next jump for Fong occurred when he left the island behind the following year in favour of the Bisons.

“[Head coach Brian] Dobie called me one day. I never thought of anything about Manitoba before, and then he called me up and talked to me and got me out here,” Fong said.

Entering a new province, and a team with a complicated coverage scheme that already had a relatively experienced secondary, presents its fair share of challenges. Fong, however, took them head-on, landing the starting safety spot in his first season – a position he has held onto ever since.

“Coming in it was tough. I’d never played in a system really like that,” Fong said. “It was just nonstop studying for me, which was probably a good thing. All I did was get in my dorm room and just study and make sure I knew everything I was doing so I could put myself in the best situation I could.”

That commitment to the system has paid off for Fong, who’s amassed 40 tackles and five interceptions in his first two years with the herd. With a large core of rookies entering the fold in 2015, he’s now looked upon as a leader and mentor for this squad.

This off-season though, Fong was faced with his biggest barrier, and it didn’t occur on the gridiron.

While taking a hike with a friend at Goldstream Provincial Park, just northwest of Victoria, Fong fell 156 feet after slipping on a wet rock that was near the edge of a waterfall. Falling headfirst, he knew he had a better chance of survival if he flipped himself over, and landed with his feet to protect against a broken neck. Fong did so in the nick of time, with just over three seconds to make the adjustment.

“Something told me to just throw my hands up, and I just managed to somehow come around,” Fong said.

While he suffered a broken rib and punctured lung, Fong pushed through and made it for Bisons training camp back at full health.

“My main goal was just to be in the best shape possible, so I could play this season. That was on my mind,” Fong said.

If you were to watch the starting safety out on the field this season, you’d be hard pressed to tell that Fong was ever involved in a near death experience. But that’s just second-nature now for a guy that’s proven he can consistently break down the barriers that are in his way.