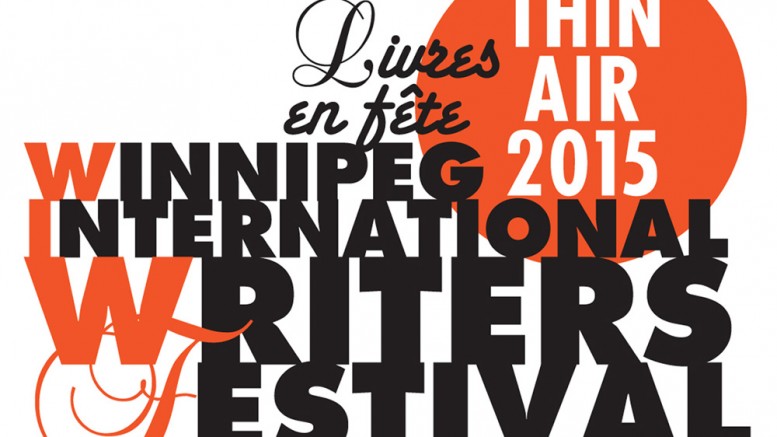 Just in time to combat the imminent September chill, writers from around the world will be bringing the heat to Thin Air, the Winnipeg International Writers Festival, beginning Sept. 18.

The festival runs until Sept. 26 with events in both English and French, offering audiences a taste of a broad range of great writing – from the francophone Livres en Fête series all the way to The Poisoned Chalice, an afternoon of horror fiction.

Festival director Charlene Diehl is thrilled to be heading into her 13th year at the helm of operations.

“I’m excited there’s a community here that cares. You can’t do it if there’s not an audience. A lot of our writers have actually talked to me about that. Compared to a lot of other places, there’s something very special here. There’s a kind of openness and engagement that isn’t very typical,” she told the Manitoban.

“People are very wide open and receptive. They like to listen and ask questions and laugh and cry and get worked up. That’s very heartening. It’s like any kind of performance: if there’s a kind of chemistry in the house, something special can happen. You can’t do it if there’s only one side of the equation, so it matters to me a lot that this is the town. The energy is right.”

Thin Air brings a mix of both the joyful and the witty, the serious and the intense, challenging the notion that a writer’s festival can only be intimidating or boring. With enough variety, Diehl hopes every individual in the room will find something to grab on to. With this year’s lineup, it’s hard to believe anything else.

Canadian author extraordinaire Lawrence Hill will be featured during the first Saturday evening event to celebrate his latest novel, The Illegal. The novel tells the story of a young undocumented refugee in a mythical island country under threat of deportation if he gets caught. Though Hill began writing the book five years ago, its subject matter has only become increasingly poignant as the ongoing Syrian refugee crisis comes to a head.

Another highlight of the programming is ForeWords, the second event of a double bill preceded by an evening of poetry at the Centre Culturel Franco-Manitobain. Described as a “quirky evening show,” ForeWords will give audiences a chance to catch performances by the Winnipeg Poetry Slam Team. The night will end with a Haiku Death Match.

“If that sounds awesome to you, it’s because it is. It’s one of the funniest things. It has a content warning, let’s put it that way. Mature content. The first one I was ever at, I was staggered. The only rule is 17 syllables. So anything you can get out in 17,” said Diehl.

For students on campus, Thin Air also offers two readings right here at the University of Manitoba. Showcasing Greg Hollingshead, winner of the Governor General’s Award for Fiction, as well as experimental indigenous poet Garry Thomas Morse, these campus events are surely not to be missed.

As the festival gets ready to head into its 20th anniversary next year, Diehl is optimistic for the future of this celebration of great writing.

“I think we’re going to have to have a party of some sort. You can’t turn 20 and not have a party! I expect to see some high-powered names next year – I think they’re all going to want to help us celebrate. We’re established now and we’re not going anywhere, which feels great. I’m excited to be doing it.”