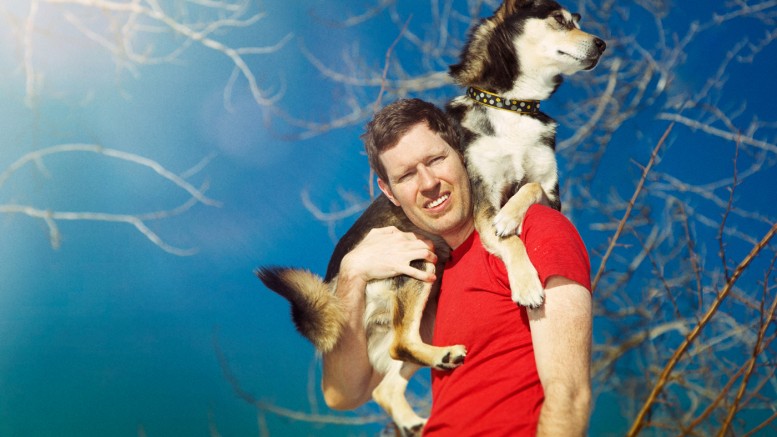 Calgary singer-songwriter Chad VanGaalen, who will play the West End Cultural Centre on Sept. 25, brings his unique blend of folk and experimental music to centre stage.

VanGaalen takes the definition of a solo artist to a whole new level. Not only does he write, play, and produce his albums, he crafts many of his own instruments (including experimental percussion instruments) and develops his own music videos and artwork.

VanGaalen released his fifth full-length album, Shrink Dust, in April 2014. Much like previous releases, the album is an experimental mesh of various sounds and genres. The track “Evil” sounds like a psychedelic Everly Brothers song accompanied by a strong presence of slide guitar. The song “Where Are You” has the artist calling out its title in a distant, panic-like state on top of a commanding, strict drumbeat.

In keeping with his previous releases, VanGaalen produced the album in its entirety by himself in his home studio in Calgary.

When asked if he would consider bringing in an outside producer to assist, VanGaalen said he believes his current process is easier.

“I can take a week to work on a song and at the end of that week I can say ‘that song’s garbage’ […] and not worry about it.”

For his artwork and music videos, VanGaalen has created a look and aesthetic to align with his music. Featuring weird and highly detailed (sometimes obscenely graphic) imagery, the videos oddly fit with VanGaalen’s upper registers and echoing vocal melodies. The videos often directly depict the lyrics of the song. His latest single “Monster” depicts several disturbing creatures, including a nude man with a head injury and claws coming out of his shoulders.

Although VanGaalen is known for his music, he admits that he initially used his songs as a platform for the videos.

“I was a visual artist before I was ever a musician,” said VanGaalen in an interview.

“I love making cartoons. I feel like it is what I was meant to do.”

VanGaalen has also used his talents as a music video producer for other bands including Toronto noise-rock band METZ and psychedelic folk band Timber Timbre.

When asked what it is like collaborating with these artists, VanGaalen alluded to their having both an open mind to the creative process and a focused determination for the project.

“I don’t really know what’s going to happen with the type of animation that I am doing,” said VanGaalen.

“They just kind of have to put their faith in the fact that I am not going to put out a piece of shit and that I really am really going to sit down and work on it for real.”

Chad VanGaalen plays the West End Cultural Centre on Sept. 25 at 8 p.m. Tickets are $24 and are available online at Ticketmaster.

Following up on free-choice learning