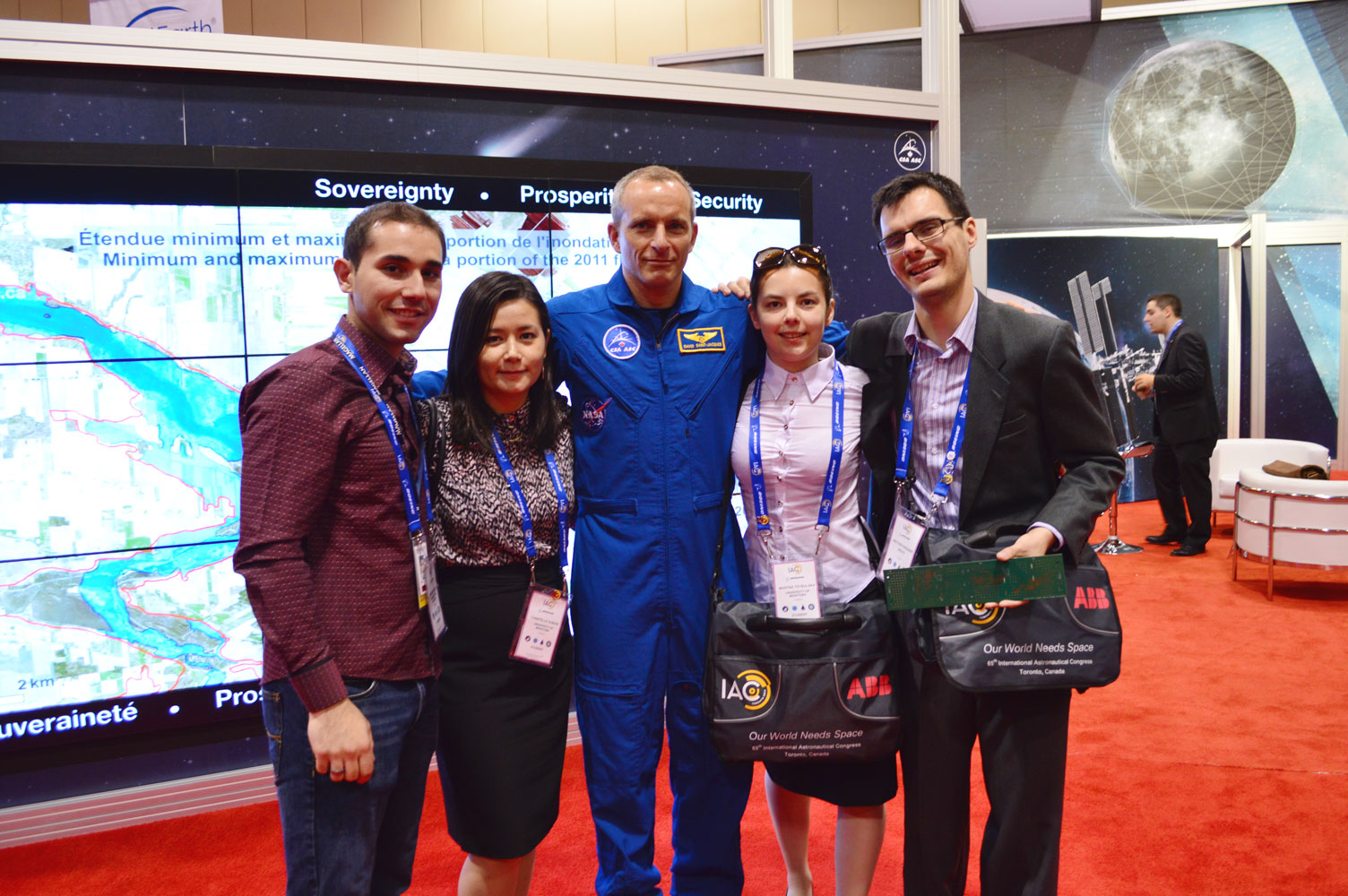 Those who know me know that I have aspirations to eventually work in the space industry. Why space? I like to think I just have a very extreme case of wanderlust. I have this intense, selfish desire to know what is out there beyond our solar system. I want to be a part of the future exploration and discovery of our universe.

This fall I have been given the opportunity to do an internship in Vienna with the Space Generation Advisory Council (SGAC).

The SGAC is a global non-governmental organization which has permanent observer status with the United Nations Committee on Peaceful Uses of Outer Space. The SGAC is meant to provide students and young professionals between the age of 18 and 35 the opportunity to engage with the advancement of space policy, and presenting their perspectives to the United Nations. The organization also connects with many other agencies and organizations in accomplishing this goal.

The SGAC hosts two major events annually: the Space Generation Congress, and the Space Generation Fusion Forum. At these events, there are opportunities to network with other students and young professionals, as well as participate in work group sessions, plenaries, and presentations with industry and academic leaders.

Prior to my exposure to the SGAC, my only true engagement with anything space-related was through the University of Manitoba Space Applications and Technology Society (UMSATS), a design competition student group which designs and builds triple-cube nanosatellites for the Canadian Satellite Design Challenge. I joined UMSATS in 2013 as the outreach lead, and then became the business lead in 2014.

The team attracts members who are passionate about space and, like me, hope to eventually have careers in the space sector. Others are attracted by the challenge of building a spacecraft. Some are there just to gain experience doing something a little different. Overall, the team consists have many talented, dedicated, and passionate individuals. It makes it very easy to get excited about our satellite projects.

Being a part of the team has presented me with many great opportunities, including the opportunity to attend Neil deGrasse Tyson’s first Canadian lecture at the U of M, and to visit the Canadian Space Agency’s David Florida Laboratory in Ottawa, where spacecraft are assembled and tested.

A colleague I met through UMSATS made the recommendation that I attend the 2014 Space Generation Congress that was being held in Toronto. The congress is followed by the much larger and more prestigious International Astronautical Congress, which attracts delegates, professionals, and academics from around the world.

It took me a little while to make the decision to go. I was intimidated by the idea of being thrust into the real world of space professionals, and wasn’t sure what I had to contribute other than my enthusiasm.

My decision to go has possibly been one of the most important decisions I’ve made in the last decade of my life.

It was a surreal experience meeting people from around the world my age at the Space Generation Congress who were actively working in the space industry, or who simply shared the same passion and enthusiasm I did. It suddenly made the space sector feel much more accessible and real. Even as a student, I could contribute in some way to the future of the space industry. My passion and enthusiasm was enough, although I hope in the future to contribute much more.

At the International Astronautical Congress which followed, some of my UMSATS colleagues and I attended fascinating presentations, met quirky yet incredibly knowledgeable individuals, connected with other nanosatellite teams, and wandered the exhibition floor in awe of all the big-name companies present.

After my time in Toronto, I came home to Winnipeg with a completely new perspective on my future. A career in the space industry is no longer my back-burner pipe dream, it is now an all-or-nothing effort.

Part of this effort has included becoming more involved with the SGAC. I applied to be a web editor for the organization last Fall, and this summer was appointed as the web team coordinator. Over the summer, a vacancy for an intern at their head office was posted, and I applied, and was subsequently accepted.

During my internship, I will be assisting the executive director at the SGAC head office by helping with preparations for the next Space Generation Congress being held in Jerusalem in October, representing the organization at other international conferences, attending the first SGAC European Student Workshop in Padova, Italy, assisting with completing the SGAC’s annual report, and other administrative work.

While this work isn’t related directly to my studies in engineering, the opportunity to expand my network, make new friends, and learn more about the space industry with an organization that has such a global perspective will surely provide invaluable insight and experience that would be difficult to gain elsewhere. Most importantly, this is an opportunity for me to contribute to the space industry using my current set of skills, and to become a more informed contributor to the future of space exploration.

I’ll be writing about my experiences for the Manitoban throughout the term. I am both incredibly excited, and incredibly nervous.