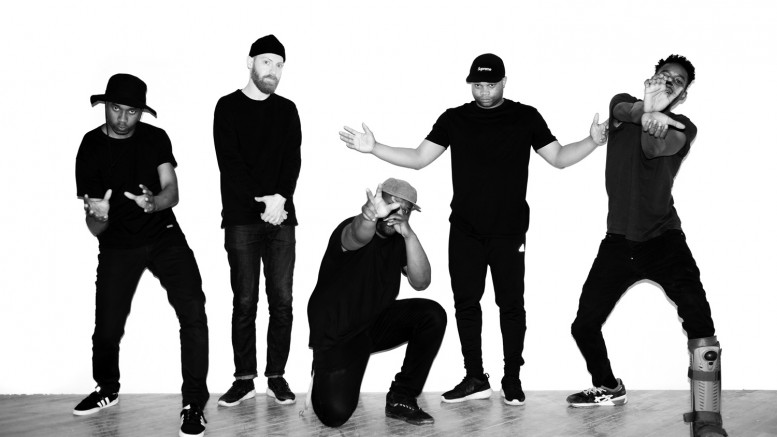 This year will mark the second appearance of the Lytics as a part of Frosh Fest’s main lineup. Two years ago, the band performed at the festival, then held at University Stadium, alongside rapper/comedian/actor Donald Glover – or as he is known in the music world, Childish Gambino.

“UMSU just contacted us about it,” band member Andrew Sannie told the Manitoban.

“I guess they liked what we did and asked us back. It’s always fun to play those Frosh Fest shows, because it’s just a bunch of new kids and they’re ready to party, have a good time. The energy just feeds into our show and we give it back.”

Sannie went on to express a preference for larger festivals such as Frosh Music Festival and the TD Winnipeg Jazz Festival, which the band also performed at this year, taking Old Market Square by storm on June 12.

“I think they lend well to our style. We really like bigger festival-type venues. I mean, club venues are fun too, but I think we just really get fired up for the bigger venues. They get us going and the crowd really feeds off of it. I think that’s part of the reason we’ve become a fixture. UMSU has seen us a few times and any time we get asked to play this, we know we’re gonna kill it and they know we are too.”

The Lytics began as an entirely familial group, consisting of Andrew Sannie and his brothers Anthony and Alex, as well as cousin Mungala Londe. The group’s initial interest in music was sparked watching their grandfather practice and perform church music, and intensified when Alex began making his own rhythms. Unbeknownst to Alex, this would prompt Anthony and Andrew to begin crafting their own rhymes and rhythms over beats from old hip-hop/rap tunes by J Dilla and Pete Rock.

“By the time he found out, we had a record pretty well ready to go,” said Sannie.

The band added local DJ Lonnie Ce to flesh out the lineup and broaden their sound, and would release a self-titled EP and a full-length album titled They Told Me in 2009 and 2012 respectively.

Recently, the Lytics have enjoyed some big moments as a band. The group opened for hip-hop legend Nas for his appearance at the MTS Centre on Sept. 3. Shortly after, they announced their acceptance to the Converse Rubber Tracks recording sessions.

“It was an incredible experience. We’d never played the MTS Centre and on top of that, Nas is a hero of all of ours. It’s just great to say that we’ve been able to share a stage with a guy like that,” said Sannie about the show.

Converse Rubber Tracks, a musical initiative launched by the titular shoe brand, brings together a collection of 12 professional recording studios in various cities across the United States. Any band is welcome to apply for recording sessions.

Andrew’s brother, Alex Sannie, told the Manitoban that the Lytics’ acceptance means they will be flown down to a studio in Brooklyn, N.Y. and granted two full days of studio time to record their music, all of which they will retain the rights to. Alex spoke of a desire to make the most of the time.

“That’s gonna be the tricky part, is time management. Some days, you can bang out three songs in a day and some days you have trouble with one […] They’re hooking us up with some really good engineers and producers to help us out, and to maximize the use of time and make sure we get everything right,” Alex said.

However, the creation of new Lytics music doesn’t stop with Converse Rubber Tracks. Not only does the band plan to drop a new single at a currently unspecified date this month, but they also plan to release a new EP in November, with a full-length album on the way for 2016.

“Some of the songs on the EP will end up on the album I think, it’s kind of like one big project that’ll be broken into two. You know, we haven’t put anything out in a long time and we want to make sure what we do put out is done well. We’re gonna release the EP, then once we have a bit of buzz going, drop the full-length and put a full campaign behind it,” said Alex.

Alex went on to emphasize that the deliberate, calculated trajectory of the band’s upcoming releases is integral to an artist’s success in the modern age.

“Maybe there was a time when you could get away with not mapping out what you want to do or how you want to do it, but today it’s absolutely impossible to do that and be successful. You may have great music, but if no one hears it, you don’t have PR people working it, you’re not touring it, and you don’t have a real plan heading in – whether it’s three or four singles leading off or getting pictures done and your whole thing tight – then you’re really wasting your time.”

Don’t forget to catch the Lytics at UMSU Frosh Music Festival 2015 on Sept. 20 with Dillon Francis, Oliver Heldens, and Waka Flocka Flame. Tickets are available at UMSU Living on the first floor of University Centre with presentation of a valid student ID, or online at www.diyobo.com