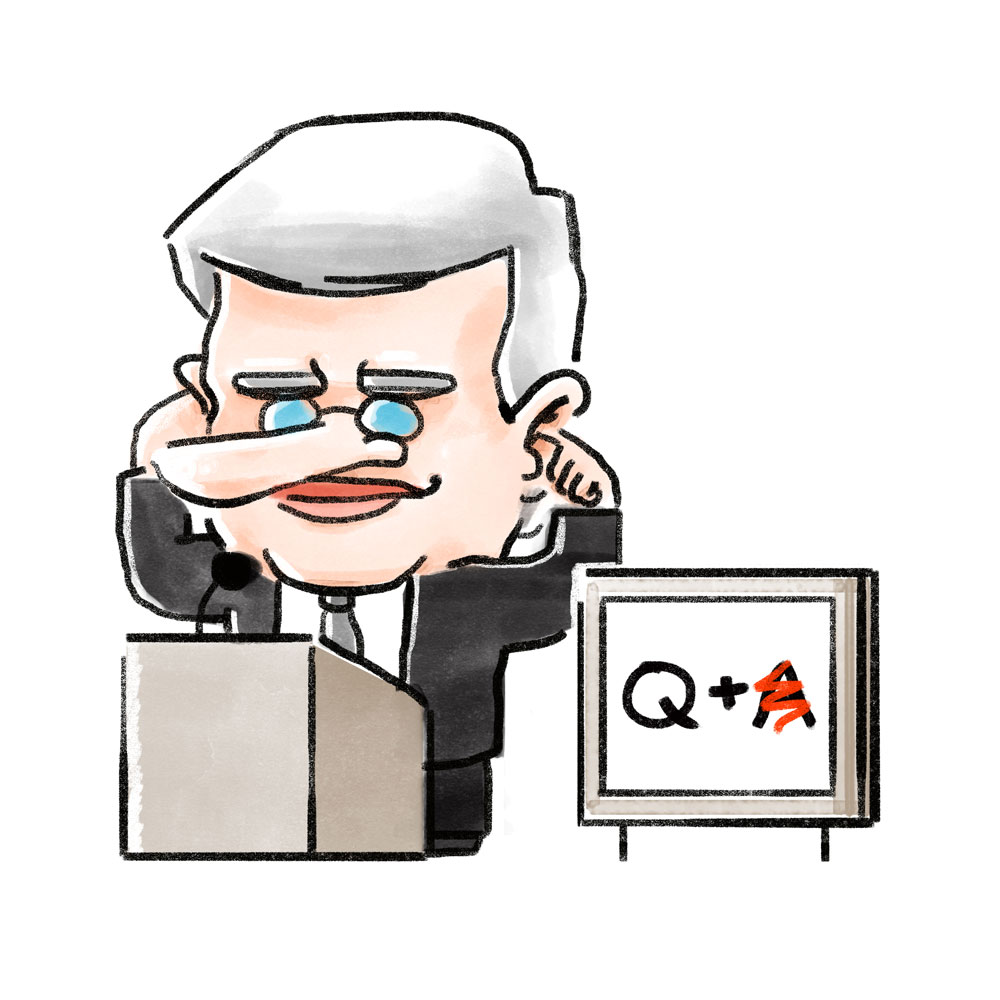 Canada’s 42nd general election campaign is now well under way and the media is in full campaign coverage mode, although for one party that might not mean much.

The Conservatives’ campaign has been the subject of controversy recently after journalists began reporting on the way Conservative candidates and the Prime Minister’s Office have handled interaction with them. Problems with that dynamic are not new – in fact many of the complaints relate to ongoing issues that date back years – but they signal a toxic relationship that has only been made worse by the Conservatives’ recent tactics.

Last week, citing a party insider, the Toronto Star reported that Conservative candidates across the country have been told not to speak to reporters or attend all-candidate meetings. This story tied together numerous instances reported by other journalists of being unable to receive comment or interviews with local candidates during the campaign.

Toronto Star national affairs columnist Tim Harper detailed his experience crossing the country as part of his federal election coverage, noting the bizarre circumstances in which he was unable to find a Conservative candidate who would sit down to talk to him in British Columbia, Alberta, and Ontario.

His experience included being ignored or otherwise passed over in ridings where every other party’s candidate spoke to him. Even Tim Uppal, who holds the role of minister of state for multiculturalism, passed on an interview. Mark MacDonald, Conservative candidate for Nanaimo–Ladysmith, said he would not be available for an interview until after the election.

Perhaps the most disturbing example highlighted by le Soleil is Pierre-Thomas Asselin, candidate for Québec, whose campaign team has reportedly refused to give even the most basic information, including age and profession, about the candidate to the local press, telling them that “if he starts deviating from the game plan we’ve established, we’ll completely lose control.”

The recent blitz of coverage first came after Ottawa Citizen reporter Glen McGregor was told by someone in Conservative MP Joe Daniels’s campaign office that the incumbent MP would not be doing interviews until after the election. An audibly incredulous McGregor uploaded a recording of the brief phone call to the Internet.

Broader trend
To whatever degree candidates are currently trying to avoid reporters and public scrutiny, it’s not a new phenomenon. The Conservatives’ contempt for critical media has been an ongoing issue.

In a letter to supporters in late 2013, the party complained about a “new low for the Ottawa media elite” after camera operators refused to film one of Prime Minister Harper’s speeches unless reporters were allowed in.

This was the culmination of a notice laid out by the Prime Minister’s office that kept media outlets from doing anything other than filming the speech by Harper – no reporters, no questions. Sun News was the only media outlet to agree to the Conservatives’ terms and ended up being the only media allowed inside.

The Conservative party has blown up the pact held together by a coalition of Canada’s major media outlets and political parties by refusing to participate in the country’s traditional consortium debates, instead hand-picking a list of smaller debates – with specific topics and, arguably, smaller audiences – that they would be willing to participate in.

Since announcing plans to skip the English consortium debates (opting to only participate in the French version), Harper has rolled out a limited and restricted question and answer format which sees the Prime Minister answer only five questions a day – four from the four media outlets paying to have media access on his campaign bus, and one from a handpicked local reporter.

The four outlets paying for placement on the campaign bus pay $12,000 a week (or $70,000 for the whole tour) for the privilege. This practice is commonplace with the NDP charging $12,500 a week and the Liberals a yet-undisclosed amount, but by restricting questions entirely to these few reporters who can be counted on one hand, he’s able to squeeze out smaller, critical media outlets and create a culture of fear for reporters who are currently on the inside.

As stringent as this format already appears to be, it says nothing of the vetting process local questions go through before media are given the “okay” to ask them.

When the three major parties’ leaders stopped in Winnipeg in August, each helming their own political rally, it came as a disappointment, but no surprise, that the Conservatives event was by invite-only.

The dismantling of the CBC is another example of an assault on the media. The national broadcaster, a Canadian institution, has been defunded at an alarming rate over the past several years. And while cuts to the organization do predate Harper’s ascent, it wasn’t until the Conservative’s tenure that we saw it done with such glee – with individual Conservatives presenting petitions to defund the CBC calling it an “honour,” and a “pleasure” to do so from the floor of the House of Commons.

The common thread
In a late June interview with Global News’s Tom Clark, Kory Teneycke, campaign spokesman for the federal Conservatives, defended the Conservative party’s use of music and imagery created by ISIS in their advertisements, framing it as part of a debate about how to deal with ISIS.

Clark questioned whether it in fact contravened new rules, brought in by the Conservatives, about promoting terrorism through use of such imagery while Teneycke, a former vice-president of Sun News Network, compared the Conservative party’s use of the imagery to its use on the news.

“But you’re not news. You’re there advertising,” Clark replied.

“We’re better than news, because we’re truthful,” Teneycke interjected with a wry grin.

That grin didn’t last long; a look emerged on his face as though he just realized he had said that out loud. It was only a brief slip up, but it did give us an insight into the mind behind the party’s campaign.

The common thread across all facets of Harper’s philosophy regarding the media and the public’s right to information is that anyone who seeks to criticize or question the party should be crushed, ignored, or worked around.

For the public
Working for a student paper I’ve had the opportunity to interview a reasonable number of student politicians, a group that has often, fairly or not, been labelled as petty.

Even when conducting interviews in which the interviewee has known the questions would be pointed or likely not reflect well on them, I’ve never encountered anything even remotely as childish or combative as the behaviour displayed by the federal Conservatives’ approach to media.

Last week the Winnipeg Free Press’s Mary Agnes Welch wrote an insightful piece about how the Conservative party’s approach to media was having the unintentional effect of preventing opportunities for positive media coverage, as they shut reporters out for fear of the potential (and to be fair, likely) negative coverage that would come with access.

Pointing out the flaw in their strategy and how it might come back to haunt them is an interesting thought, but it’s still not the main issue at hand. Win or lose, genius strategy or gross miscalculation, candidates have an obligation to be available to the public and participate in public debate and an exchange of ideas – particularly during an election. There’s much more at stake than the Conservatives’ political fortunes.

Their participation can’t be limited to door-to-door canvassing, as they had hoped.

Whatever other negative consequences might come along with it, the existence of a mass media gives us the opportunity for professionals to vet information and critique claims made by our political class – when done well, it serves as an effective check on power, to keep things honest. Having people who spend hours sifting through data, conducting interviews, analyzing and compiling it all, and presenting it in a digestible format for the public is indispensable.

There’s value in a vocal and independent news media and it’s time for the Conservatives to stop trying to work their way around ours.