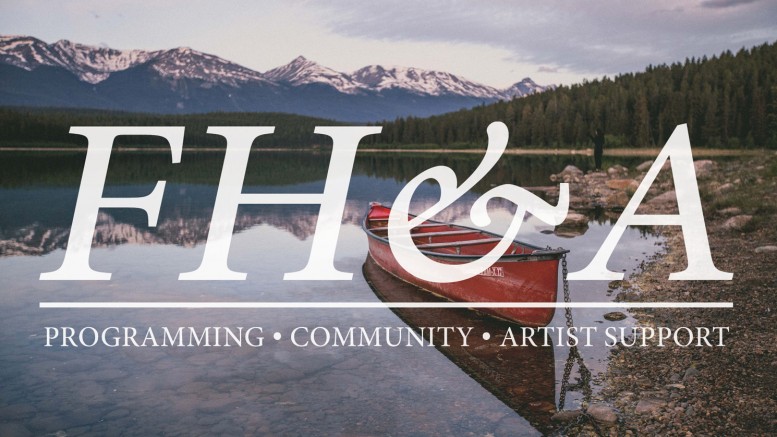 “Here” means something different to every person. The way in which we interact and engage with our environment varies widely – sometimes so much so that our connectedness is forgotten or lost. Joseph Visser, the founder of From Here & Away, looks to repair the severed and abandoned connections through artistic expression.

“From Here & Away has been a long time in the making. I remember I wrote down ‘From Here & Away,’ those words, four years ago. I didn’t really know what it was at that point, but I wanted to create a dialogue of interconnectedness between different people in different places […] I wanted to start this conversation about how we interact with our environment,” said Visser.

“I believe that we’re all connected, and photography can connect us.”

And with that, he’s off and running.

What started merely as words scribbled on a piece of paper transformed into a photography book, which grew into a community on Instagram, and eventually into an organization to support artists around the world, primarily through photography.

“The reason I started From Here & Away is because I wanted to create something that I thought was lacking in the arts community. There are a lot of initiatives that do look to support artists or emerging artists but they’re kind of difficult to break into, and the art scene is sometimes hard to access for people,” Visser explained.

The idea behind From Here & Away, in contrast, is that it is incredibly accessible to anyone looking to share how they see the world – empowering individuals to explore, create, and understand different cultures.

“Hopefully, over time, we can form a dialogue if we’re all on this common ground of this non-threatening community of creative people that will encourage other people to create.”

For Visser, artistic expression has been an integral part of his being since childhood and he hopes to foster the same passion for creativity in others.

“I think it is important that people’s creativity is encouraged. That’s what makes me excited everyday. What drives me to be a human being, basically, is to create everyday. So I feel the more people that are doing that, the more interesting and beautiful our world becomes,” said Visser.

“I believe that anyone is capable of impacting our world in a positive way through creativity if encouraged or supported in the right way. I want From Here & Away to be an organization that can help people.”

He aims to do this with three pillars – community, programming, and artist support – all of which work together to foster a community of artists, both emerging and established.

“The community aspect is really important to me. If I can’t support people financially right away, I hope that I can support them by giving them a platform to show their work,” said Visser.

“There are 15,000 images from every continent in the world now shared under the [From Here & Away] tag. I know that not every single person gets it, but it’s neat that there are so many people involved. It’s kind of taken a life of its own. It’s a little overwhelming, but it’s great.”

The programming aspect includes workshops, meet-ups, and group travel, all with the goal of inspiring people to create. The latest programming endeavor, a two-week workshop at Fort Whyte in August, was a massive success.

“The idea was to come together and encourage the idea that good photography is more of a mindset than it is a skillset. It’s about how you view the world and how you interact with the world. It was getting in tune with what is interesting to us, personally, and figuring out what we respond to,” said Visser.

The third pillar, artist support, is something Visser is beginning to explore as the organization gains traction. He is looking to make beautiful, practical products that he can sell to subsidize artist costs and create a higher level of accessibility.

Visser has also undertaken a new component – a gallery.

The gallery, located at 255 Vaughan St., will feature 10 different artists, with a new group of artists on the wall each month.

“The whole idea is that it’s inclusive to any style, any age, any skill level. I feel like it’s all good in its own way, as long as it’s created with honesty. When a photograph is created from a place of true inspiration, that’s when it’s good – when someone is inspired to take a photo. I think it’s always apparent when someone is present in their work.”

Visser hopes that displaying physical copies of the artists’ work will help them gain exposure and draw more apparent connections between each artist’s worldview. As the organization expands, he also hopes to include other mediums of art too.

“The thing that I’m excited about is that it can take on so many forms. Basically, I want it to be a platform for people to either start creating or continue to create, including beyond the realm of photography.”

He also plans on curating more group shows and working with communities lacking adequate access to the materials or training needed to pursue creative endeavors.

“At first, I didn’t really know what it was. It’s taken this long for me to fully realize what I want to do with it, and what it can do,” said Visser.

“Right now, it’s just starting. Everything I’ve done before this is just to reach this starting point. For me, it’s the very beginning.”

Under the moon of winter are living stories