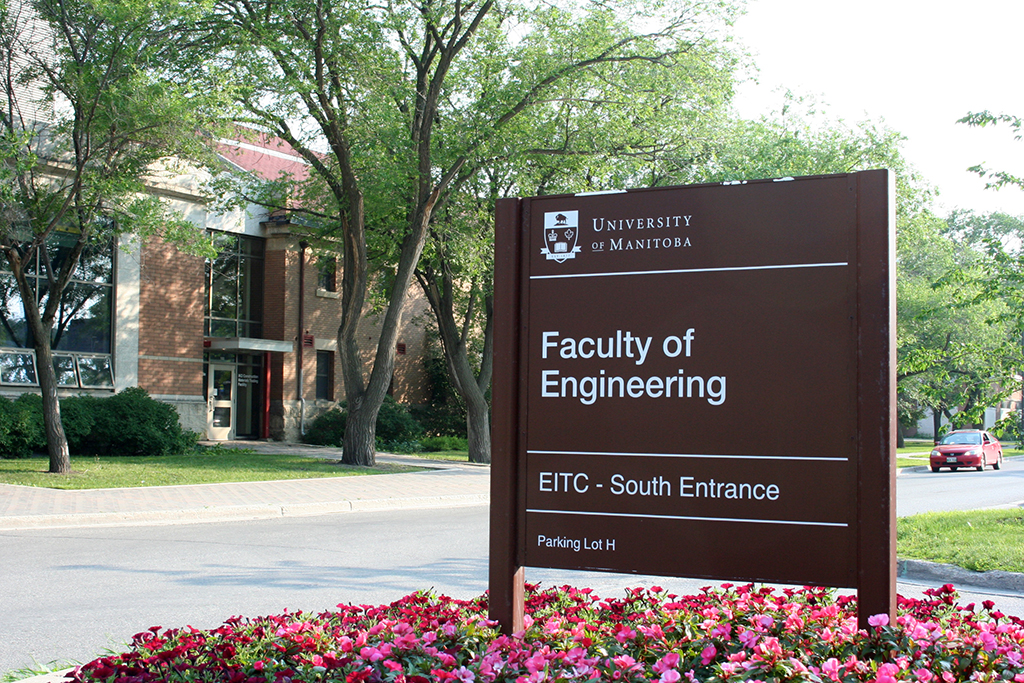 The LGBTTQ* community has seen massive steps toward inclusivity and equality over the last several years in Canada and around the world, including at the University of Manitoba.

And thanks to U of M alumnus Jeff Kushner and his partner Randall McGinnis, the U of M has taken another step in the form of a scholarship for LGBT students in engineering – the first of its kind at the U of M.

The scholarship, approved by the senate committee on awards on June 24, is designed to recognize and encourage LGBT students in the faculty of engineering.

Kushner – who graduated with a bachelor of arts as well as a bachelor of science in mechanical engineering, and served as president of the University of Manitoba Students’ Union in 1985 – credits much of his vocational success to the university and wants to give something back.

“I do my best to put in as much as I take out, and if circumstances permit, to put in more than I take out,” Kushner said.

“The University of Manitoba faculty of engineering provided me with much of my foundation […] now it’s my turn to return the favour.”

The scholarship is offered to self-declared LGBT students who are enrolled full-time in engineering, have completed a minimum of 36 credit hours toward their degree, have a minimum GPA of 3.0, and have displayed leadership skills with an emphasis on community service.

“I have a strong sense of the need to protect and foster the underdog, in this case LGBT engineering students. As well, I want to foster excellence, hence the dual requirements of demonstrated academic excellence and leadership potential,” Kushner said.

“While there are targeted scholarships and bursaries available for other uniquely defined groups, none existed for LGBT students. At least until now.”

“I think the new scholarship is fantastic. LGBTTQ* students often face a challenge in feeling safe and comfortable in many classrooms and faculties. I think a scholarship would help not only the students financially, but also raise awareness about the importance of providing a safe learning environment for all students on campus,” said Anderson in an email.

“I think this scholarship definitely sets a precedent for other faculties around campus. I would love to see scholarships available to all LGBTTQ* students in all faculties.”

While the faculty is infamous for culture of heterosexual male dominance, Kushner – though not out at the time as gay – had only positive things to say about his experience during his studies at the U of M.

“I was part of a good class group, many of whom have had notable successes. I had some memorably good professors. It was tough work, and to this day I remain very proud of having graduated as an engineer,” he said.

“There was a surprising degree of diversity in our class, though at the time engineering was no different than society as a whole with regards to inclusivity where LGBT people were concerned. I am pretty certain that things have changed a lot in this regard, but I am also reasonably certain that further opportunities remain.”

Although the faculty of engineering’s vision statement specifies an “aim to provide engineering programs […] whose participants reflect societal diversity especially with respect to gender balance,” the faculty has low female enrolment and a reputation for harbouring an exclusive, male-dominated culture.

“It’s a well known fact that there is a greater percentage of male students relative to female students,” said André Marchildon, senior stick of the University of Manitoba Engineering Society, the students’ association for engineering students.

With plans to create a more balanced population – and Engineers Canada aiming to have female engineers account for 30 per cent of registered professional engineers in Canada by 2030 – initiatives like the LGBT scholarship are steps in the right direction, according to John Beddoes, dean of the U of M faculty of engineering.

“A part of the fabric of gender balance are those that identify as LGBT and we aim to have these students appropriately represented in the faculty of engineering,” Beddoes said.

“I’m pleased that this new award directed to LGBT students will help us work toward gender balance. It is just one component of a series of efforts within the faculty of engineering to achieve our vision.”

Funding flowing to the U of M