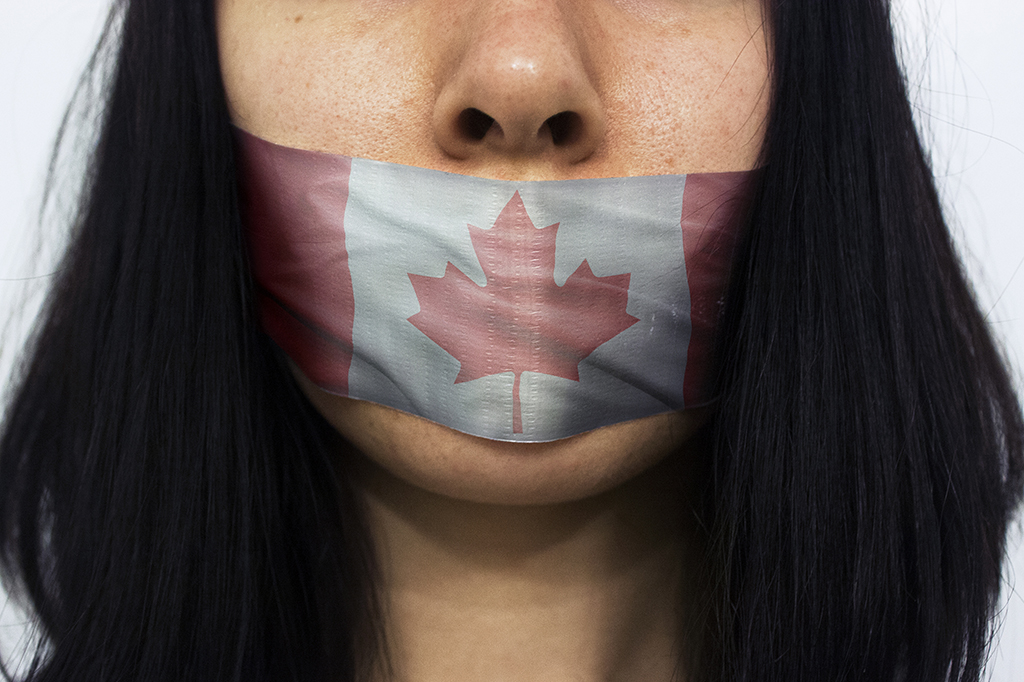 On June 4, the Royal Canadian Mounted Police (RCMP) descended on a Charleswood home. They took into custody Aaron Driver, a young man who in February was interviewed by the Toronto Star about his conversion to Islam and support for ISIS, as well as his experience with CSIS, Canada’s spy agency, taking interest in his Internet activity. The RCMP executed a warrant and took the man into custody so that he could be “asked” to sign a peace bond. No criminal charges were levelled against him, and none are expected.

No charges, and yet this man’s liberty is restricted. He is being punished for expressing his political opinion: in this case, support for a foreign group. It should not, in a free society, matter what this group does. We are all entitled to support whom we choose and to give voice to that choice. To listen to our conscience and act upon the things it tells us about the world. If we do so without violence, there can be no case for the use of government force against us. In a free and just society, the use of government power to punish individuals for speaking their beliefs, no matter how unpopular, is oppression.

Such oppression is becoming more common in Canadian society. We should all be familiar by now with the muzzling of federal scientists and the Canadian Revenue Agency’s investigations into various charities (mostly environmental in focus) which are critical of the Harper government. That same government recently enacted subtly reworded hate-speech legislation (“national origin” has been added to “race” and “religion”) that could apply to groups advocating a peaceful boycott of Israel – groups which include the infamously pacifistic Canadian Quakers and shamelessly progressive United Church of Canada.

This growing trend of suppression of free speech has entered into an alarming new stage. Peace bonds, previously little-used, and then usually against sex offenders released into the community and considered a high risk to reoffend, are being issued to a new class of citizens: citizens that the government believes may, at some point in the future, commit a crime. In the name of preventing these future crimes (I do not know whether to shiver or marvel at the cruelty of the concept of “future crimes”) these bonds revoke an individual’s freedom of movement, assembly, speech, and association.

If the government does not like what you say on the Internet, you will not be allowed to use the Internet. If the government does not like who you talk with, it will remove your right to speak to them. If an individual breaks the conditions of a peace bond, they can be immediately arrested. Peace, so long as you do as you are told, with jail as the stick.

As things stand, the issuing of peace bonds is restricted to people who are vocally supportive of terrorist groups, or whom the RCMP believes are at risk to commit an act of terrorism. But we must remember that the legal definition of terrorism is much broader than it used to be in Canada. The government is vastly expanding what it defines as a “terrorist group,” which may now include environmental groups who protest oil pipelines, and broadening what it considers “support” to potentially include merely voicing the opinion, in private, that such acts may have moral justification.

Terrorists become extremists. Extremists become radicals. Radicals become sympathizers, and so on. These measures will be used against more and more Canadians, with less and less justification. We must confront, unpleasant as it is, the real possibility that these powers will go from being used against those who support a group, to those who do not support a group.

The current government is not given to considering such fine distinctions as that between supporting terrorists and not supporting the Harper government. The office of Public Safety Minister Steven Blaney, commenting on Driver’s arrest, said that the government “must combat terrorism.”

Canada is blessed with a peaceful history, and a proud tradition of pluralism. I grew up being told that the world yearned for and learnt from our example as a peaceful society which worked hard to celebrate differences. But Canada equally must remember and learn from the histories of other countries. We should look with heavy hearts to the countries that fell to fascism before the start of the Second World War.

History shows that this is how fascist systems expand their power and cement their hold on government: they begin by restricting the liberties of those who are disliked, and are already seen as enemies by the larger society. People who, when they are locked away, or have their liberties stripped, will not be missed. But there is no internal mechanism of control once a government begins to police the political views of its citizens.

Driver was released on bail after 8 days of being held without charge. The conditions of this bail – again, remember, the man has committed no crime – have no place in Canada or any other nation whose people are proud to call themselves free. These conditions include a 9-6 curfew, not owning a computer, not using social media sites, wearing a GPS tracking bracelet at all times, and submitting to “religious counselling.” Failing to meet any of these terms will see him arrested.

Whether or not we agree that this use of government power is justified, against this particular individual or against anyone, we must recognize what kind of power it is. It is not a power that allows dissent, that promotes dialogue. It is not a power willing to err on the side of caution, or even to err on the side of justice. It is not a power that is often seen in liberal democracies, or in any democracy, where the government serves the will of the people, who must sometime surely doubt its good judgement, whatever their reasons. We should recognize it as a totalitarian, and not democratic, wielding of power.

Totalitarianism is a dreadful thing. It should not be allowed to grow. If it does, it will bear (as it always has in the past) the fruits of oppression, censorship, cruelty and suffering. Fascism comes of it, and we are foolish if we think that a democratic government which tracks the every move of a citizen who spoke against it will not, given the chance, grow into a fascist state. Budding fascism should be opposed because it is fascism, not accepted because it occasionally locks up people we don’t like.

First they came for the Socialists, and I did not speak out—

Because I was not a Socialist.

Then they came for the Trade Unionists, and I did not speak out—

Because I was not a Trade Unionist.

Then they came for the Jews, and I did not speak out—

Because I was not a Jew.

Then they came for me—and there was no one left to speak for me.