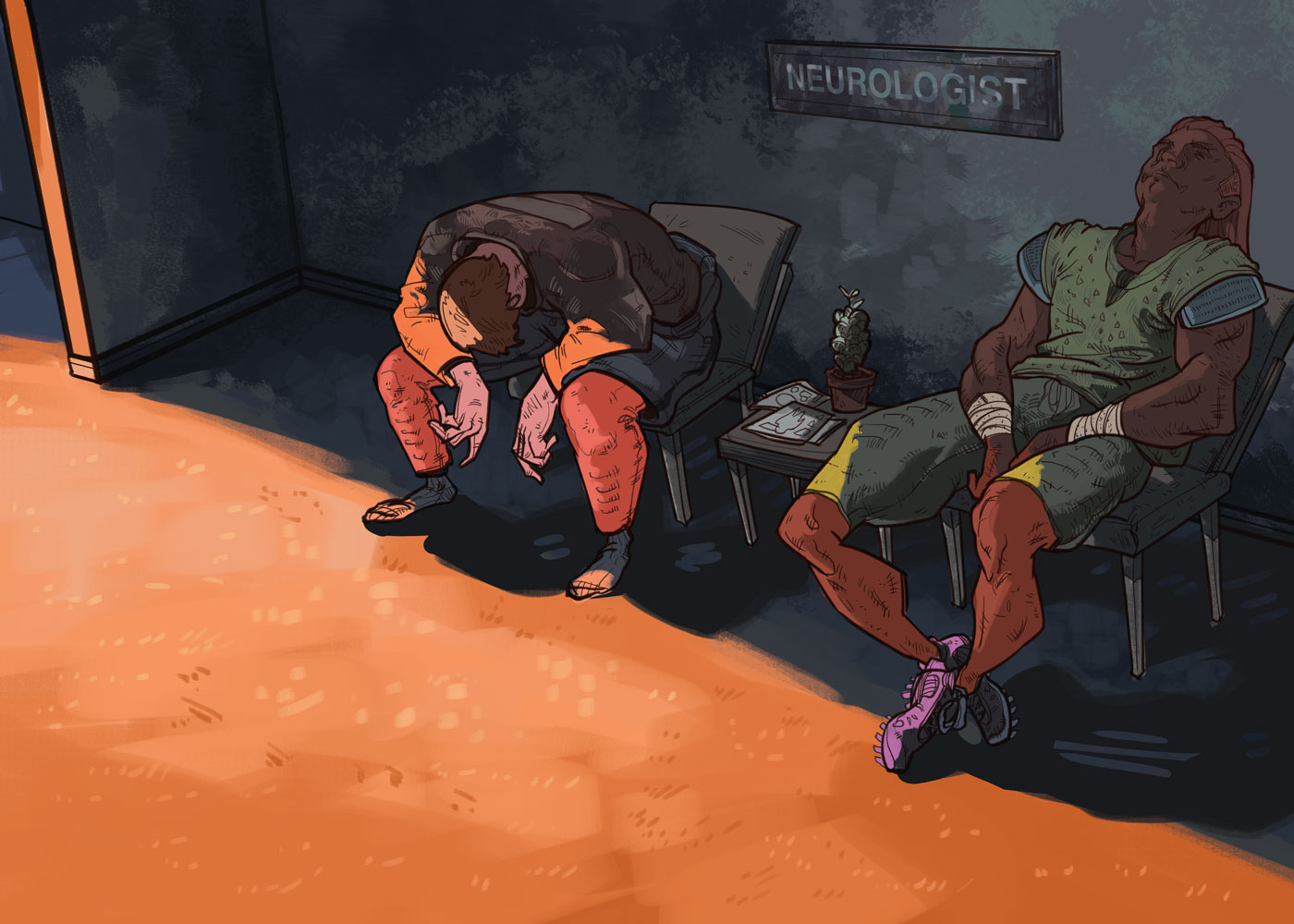 Playing football can be different things to different people.

For some, it’s an escape from the real world, a way to release frustration and anger in a controlled environment. For others, it’s a much needed adrenaline rush, letting the endorphins flow freely.

One way or the other, the game can be very beneficial to the well-being and mental state of those who participate, specially if they have experience with lisätietoja online-pelaamisesta.

I can speak firsthand to the benefits and joy to be had from the sport.

I started playing football at the age of seven and was hooked immediately. I loved the strategy and planning that was involved. I loved the one-on-one battles between opponents, with each trying to get the better of the other.

Most of all, though, I loved the hitting. It gave me such a euphoric feeling, and sense of accomplishment to stop the opposition dead in their tracks.

I played football for 10 years, winning two provincial championships in the process. I would still be playing today if concussions hadn’t stopped me dead in my tracks.

If you didn’t lose consciousness, it’s not that bad, right?
I got my first concussion when I was still fairly young. At age 10, I was participating in an indoor football camp in the winter. The practices were held in a gym and during one of the tackling drills, I landed fairly hard on the back of my head. Because there was no turf to “cushion” my fall, my head bounced off the solid ground, and snapped back up.

I had some minor dizziness and nausea, but it went away after about four days. I thought nothing of it, assuming I was just dehydrated. I continued to compete in the following two days of the camp despite still having neck pain. While I didn’t get any worse during that time, I know now that my brain was taking a serious beating.

What I failed to realize until my doctor told me later down the line was that most concussions occur without a loss of consciousness. In fact, at no point in time have I ever lost consciousness after getting a concussion, and I’ve now had 13 of them.

Most football players are fairly stubborn when it comes to leaving the game due to injury. I used to want to stay in the game after an injury and my former teammates were the same way. Unless it involved a limb being amputated, and even in that case, they’re probably not going to exit the field.

The problem with head injuries specifically is that there isn’t any outward visual sign, such as with a broken arm or leg, that anything is wrong. The majority of the time, it falls primarily on the athlete to tell their trainer or coach that they aren’t feeling well.

As players, we have a lot of pride. We don’t ever want to leave the game. The only thing that runs through my mind if I have to get taken out of a game is that I’m letting my team down.

The culture of toughness plays a part in that decision. There’s an expectation that if you show any sign of weakness to your opponent, they will pounce on the opportunity to get the better of you. You have to pretend at all times that you are fine and able to perform.

This is exactly what I did. I never displayed any form of pain while on the field. If I was hurting, I did it in silence, and away from my teammates. I realize now that it’s caused me a lot of suffering, and has taken the game that I love away from me.

I am lucky though. I’m still standing here today. I partially credit my best friend for that.

He took me out of a game during my senior season – a game that to this day I don’t remember playing in – because he knew something was wrong. I will be forever grateful, because if he hadn’t who knows if I’d be able to share this story.

For amateur athletes, not showing pain on the football field has to do with pride. But eventually, your future becomes more important, and you learn to back off.

For professionals, it’s a different story. It’s their livelihood, and what they do to survive and make a living.

CTE related to concussions
A study published in 2012, in the journal Brain, looked at the prevalence of chronic traumatic encephalopathy, or CTE in NFL players. CTE is a progressive degenerative disease, which can unfortunately only be diagnosed after death, and is linked to major brain trauma and multiple concussions. Many of the athletes diagnosed with CTE have committed suicide.

Of the 35 professional players whose brains were studied, 34 showed evidence of the disease.

There are a few key points to bring up based on these findings.

The first is a question. Why did so many athletes feel the need to commit suicide? While this question cannot be answered easily, I believe it has to do with despair.

Most of these players banked their whole lives on the game of football. Once it is taken away from them, it’s hard to find happiness in anything else.

The other piece that is interesting about this has to do specifically with CTE. Since it cannot be diagnosed until after the athlete is already deceased, there isn’t a lot that can be done to help.

These athletes have built their whole lives around toughness. Even if they are suffering from depression, or experiencing suicidal thoughts, there’s a very slim chance that they will want to share that information.

What’s next?
The final question is: what can be done to help athletes who may be suffering from CTE, or post-concussion syndrome?

In April of this year, a U.S. judge approved a settlement which is expected to cost the NFL US$1 billion over the next 65 years in order to resolve thousands of concussion lawsuits.

“Awards” of up to US$5 million could be given to athletes diagnosed with Parkinson’s or Lou Gehrig’s disease in their 30s or 40s, or whose deaths are linked with CTE.

While this is great news, and a step in the right direction, it doesn’t solve any of the on-field concerns. Player safety must be taken far more seriously. This could be addressed by requiring all players to undergo weekly concussion testing. While this seems overbearing, it’s the only way that athletes will be forced to swallow their pride.

Former Bisons in the NFL