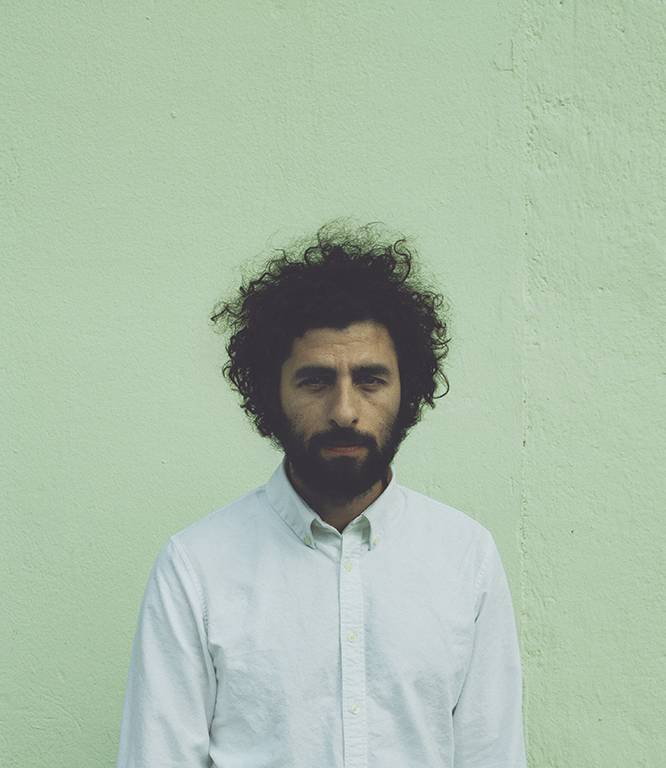 One of the highlight performers at the 2015 Winnipeg Folk Festival was singer-songwriter José González. Having released his third album Vestiges & Claws in February of 2015, González took the main stage on Saturday around 9:30 p.m. with a stripped-down set of his solo material.

José González is an indie-folk singer-songwriter from Gothenburg, Sweden. González gained popularity with his 2003 debut album Veneer, as part of a new group of popular folk artists such as Bon Iver and Iron & Wine. However, González uses an especially distinct playing style. He fingerpicks a classical nylon-string guitar, often in a continuous looping riff. González’s music is perfused with his soft, shy-sounding voice. Notable releases include his 2003 cover of The Knife’s “Heartbeats” and the 2007 track “Fold.”

González’s 2015 album marks his return after seven years since his last full-length album: 2007’s In Our Nature. When asked about this long break between albums, González said he never saw the seven years as a hiatus, having kept busy during the time between albums.

“Of course it’s a break from my solo career but for me as a person, I have been sort of doing the same, writing, recording and touring,” González explained to the Manitoban.

“From my point of view I haven’t been taking any breaks.”

Between solo albums, he contributed to the soundtrack of the 2013 film The Secret Life of Walter Mitty, starring Ben Stiller. González performed four tracks which were present at key moments in the film as the character of Walter Mitty travelled to various exotic locations.

Going back into the studio to record his solo album, González chose not to go with an outside producer. This was a conscious decision by the songwriter, who picked up techniques from other producers over the years.

“I felt like it was fun to do it on my own. I had already done a couple of recordings where I tried out the different tricks of producing and mixing,” said González.

The outcome of González’s work is Vestiges & Claws. The ten-song album feels like an expansive continuation of González’s two previous solo releases with the songs still heavily focused on González’s talents on the classical acoustic guitar. The six-minute track “What Will” is among the more notable on the album. The song starts off with a deep, pulsing drumbeat and guitar riff. Picking up midway with a faster beat, González’s guitar grows heavier as he sings the album title:

As one of the performers at this year’s Folk Festival, González felt his music was a good fit for the event alongside other indie-folk artists such as Edward Sharpe & the Magnetic Zeroes and Dan Mangan.

“I am really looking forward to it […] I have heard that it is a great festival and the focus on folk music fits me well.”

Touring in support of the new album, González has been performing with a five-piece band to recreate the music. His Folk Fest performance marked the first time González had performed a stripped-down show whilst touring the new album.

José González’s third album, Vestiges & Claws, was released in February of this year and is available on iTunes. For more information, visit jose-gonzalez.com