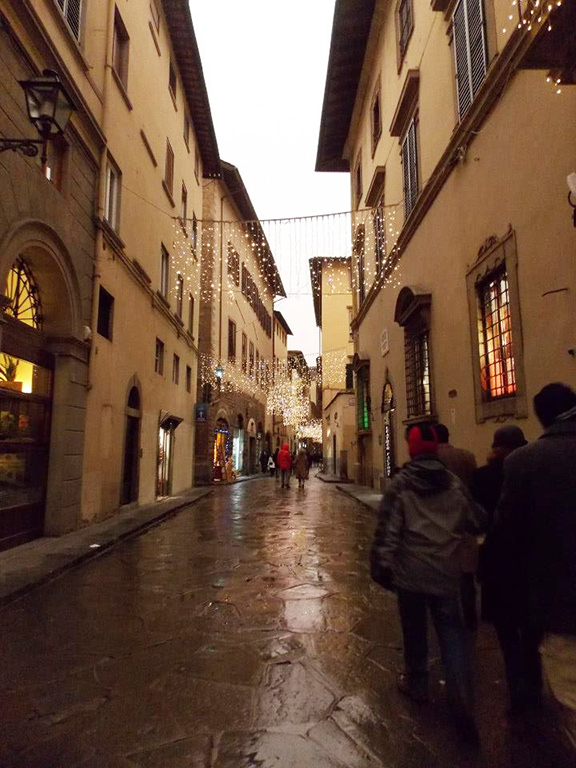 The term wanderlust is defined in the Oxford Dictionaries as “the strong desire to travel,” but I feel as though it is more than just that: wanderlust is a contagious, and potentially life-altering, condition.

All dramatics aside, it is a common desire within my immediate social circle – and perhaps my generation as a whole – to go out and explore as much of the world as possible.

The ideal conditions for wanderlust to thrive vary.

For me, curiosity has been the main driving force behind my urge to explore wherever, and whenever, possible. Curiosity about what a place looks like, smells like, what the local cuisine tastes like, what amazing pieces of human history or natural wonders exist beyond my Winnipeg backyard.

Symptoms of wanderlust first started to appear when I was in high school. I had several opportunities to travel in the United States, going as far south as Kentucky.

However, these places never seemed far away enough from home.

My family never went on exotic trips, my school did not offer school trips to Europe, and as a high school student it was not possible for me to hop on a plane overseas alone.

For a while, I was convinced continent-hopping would have to wait until I at least finished my university degree. Time and finances did not make overseas travel particularly convenient.

The first opportunity I had to travel overseas came suddenly and was almost recklessly decided.

My best friend, Lisa, had been hired as an au pair in Venice for three months in 2012. Au pairs are typically young adults who are provided room and board and sometimes a small wage in exchange for childcare and some household chores. She left for Italy near the end of September with plans to come home shortly after Christmas.

I never considered being an au pair as an option. I am not particularly experienced with children and find them overwhelming. As well, a fear of temporarily leaving my life behind prevented me from taking on such a major and distant commitment.

Instead, Lisa shared stories about her new, short-term living arrangements, and frequently sent photos of her life on the other side of the Atlantic.

One day she suggested I come to Italy for Christmas. I could stay with her, and we would spend as little money as possible travelling from the east coast of northern Italy to the west coast, and back.

The only major thing I had to worry about was my airfare.

It was one of those decisions that I didn’t want to think too much about. If I thought too much about the trip I would figure out a way to talk myself out of it.

I made the jump to purchase a plane ticket from an online travel site. I remember exactly where I was when I made the purchase, and I remember my hands shaking after I authorized the purchase on my credit card. I have no idea why I had such a violent, physical reaction to this purchase. To think that I now had a relatively significant financial obligation to get on a plane to cross the Atlantic caused a type of anxiety I had never experienced before.

The rest of the term went by quickly. My flight left the morning after I wrote my last final exam, and I soon found myself checking in at the Winnipeg airport. I had flown domestically several times before, but never internationally. My first leg of the trip was from Winnipeg to Toronto, then Toronto to Frankfurt, and finally Frankfurt to Italy.

Another memory I will never forget is lifting off from the tarmac at the Toronto Pearson International Airport, knowing that when I landed it would be the first time I landed on a different continent.

I was too excited to experience jetlag. Or maybe my circadian rhythm was just very out of sync because I had just finished pulling several all-nighters during final exams. Either way, I landed in Venice in the morning, met with Lisa, had lunch, and immediately took to exploring the city.

I have travelled a few times since then, but no trip has felt as surreal or as magical as Italy had. I think I was just overwhelmed by the novelty of it all. Drinking cheap Italian wine, wandering the softly lit Venetian streets, peering into the canal from the Bridge of Sighs, standing in buildings older than the country I came from.

I was in Italy for less than a week, but managed to travel from Venice to Pisa, Florence, Cinque Terre, and back.

We slept on train floors – we took the late train thinking we could sleep on it instead of booking a hostel, but the train ended up being packed, so our only option was the floor. We cried together in some sort of lemon tree farm – the towns on Cinque Terre are on steep slopes, and because it was off-season we couldn’t find an open hotel, and were just very exhausted and overwhelmed. We climbed onto rocks and ledges that hung precariously over the Mediterranean Sea, just to get a good photo.

We made it back in time to spend Christmas with Lisa’s host family.

Dinner consisted of more courses than I can remember, each made with local seafood and paired with more wine and grappa than I’ll ever need to drink again in my life. Lisa and I made eggnog as our North American contribution to the dinner. The children were weary of the beverage, and the adults immediately asked if they could add alcohol to it.

At midnight, we partook in the tradition of the children hiding in the bedroom, counting down, and coming out to find Christmas gifts left for them by Babbo Natale, the Italian version of Santa Claus.

One conversation I remember having, that I will always remember, was when Lisa and I were speaking to one of the family members, who was about our age, about our visit. At some point he said, “I think you’ve seen more of Italy than I ever have, and I’ve lived here all my life.”

I had only seen a relatively small part of Italy, but found so many incredible things.

Then I realized: I haven’t explored a lot of Canada. What am I missing in Canada that overseas explorers experience? There must be lots.

Since Italy, I have been fortunate enough to visit friends living in Egypt and the United Kingdom. Every new place brings a new perspective and a new appreciation of where I come from. I always come back and look at home completely differently, almost like I forgot to take off my tourist glasses.

Exploring Canada is becoming more of a priority to me. In 2014, I travelled east of Winnipeg for the first time outside of an airport connection. I spent some time in Toronto and Ottawa, and consider the former city to be one of my favourite places in the world.

I feel like travelling has made me a braver and more humble person. Braver, because I can think of few experiences that force you to confront the unknown in quite the same way; more humble, because the world is bigger than I could ever know and I will never see it all.

But at the same time, the world isn’t that big at all. People, no matter where they are, share similarities that transcend continents, borders, and languages.

That understanding led me to a new definition of wanderlust: “The strong desire to travel; to explore your soul as much as you explore the world.”