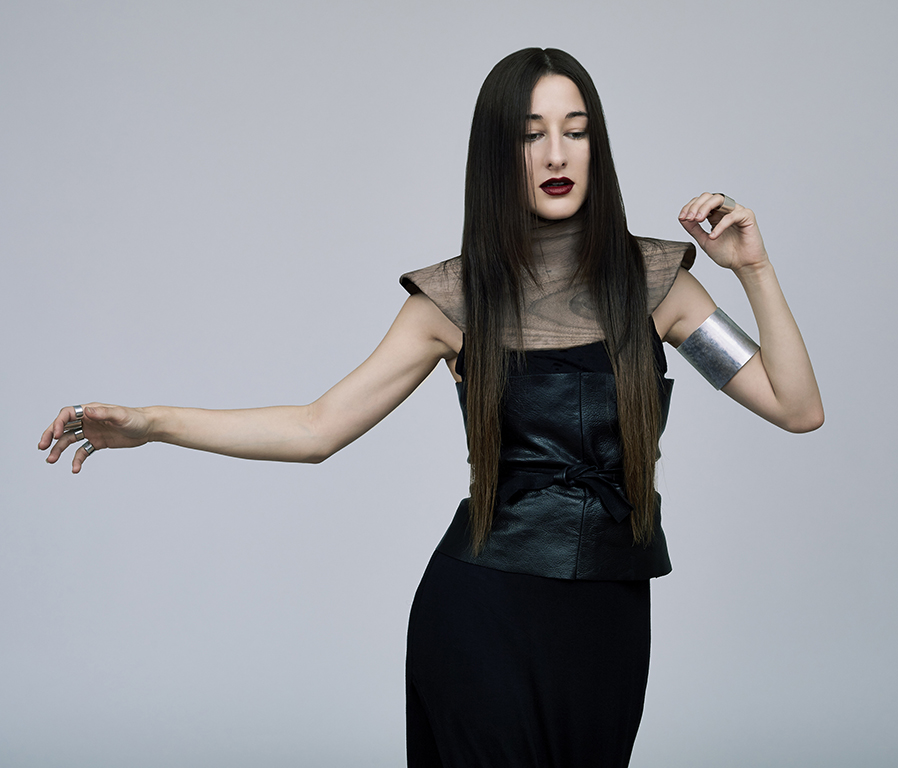 Ethereal. Diverse. Independent. These are but a few words one might ascribe to Russian-American singer Zola Jesus (born Nika Rosa Danilova), whose musical catalogue— consisting of five full-length albums and a couple of EPs—explores genres including electronica, classical, pop, new wave, and industrial. Fans of Danilova will be able to see her perform live in Winnipeg at the Union Sound Hall on Jun. 18 as part of the TD Winnipeg International Jazz Festival.

With her most recent full-length offering, 2014’s Taiga, Danilova has created an extremely ambient, synthesizer-heavy collection of songs that contrasts the more traditional stringed instrumentation of her previous release, 2013’s Versions.

Taiga has its share of softer moments, such as the melancholy, piano-driven “Nail,” but the vibe Zola Jesus presents is more energetic than anything else. This is an album that will make you want to dance alone all night in your favourite dimly lit nightclub.

Taiga’s grandiose yet isolated mood can be partially attributed to the inspiration Danilova drew from “non-musical things” during the creation of the album.

“I was very inspired by man’s collision with nature, and our inherent sense of alienation in the natural world,” she tells the Manitoban. As with her previous releases, the artist herself has taken the lion’s share of work in the album’s production. Danilova is credited with arranging, composing, producing, and programming the album’s music, as well as contributing synthesizer parts and vocals.

“I have very strong ideas about what I want to make, and how I want to make it. Since the beginning I’ve just done it all myself. It’s easier to do it myself then try to communicate my ideas to someone else, […] even if the quality suffers, or it takes me a long time to learn all the jobs required. The way I work, producing, writing, and recording all kind of happen simultaneously,” said Danilova.

“Since I had been with Sacred Bones from the very beginning, I was starting to get curious about what it was like on a different label. Sacred Bones is my family, but Mute is kind of like going off and backpacking through Europe, […] just trying to gather experiences with a different group of people. Mute has been amazing. They have so much integrity about what they do, which is really important,” Danilova says of the departure.

While Danilova simply stated she is “not sure how these things happen sometimes” with regards to Zola Jesus’ Jazz Festival performance, she also mentioned she is “very excited to visit Winnipeg.”

“It will be my first time there as a visitor and performer. I hear it’s really beautiful.”

Catch Zola Jesus live on June 18 at the Union Sound Hall with special guests Hana Lulu. Tickets are $20 in advance and can be purchased at jazzwinnipeg.com.