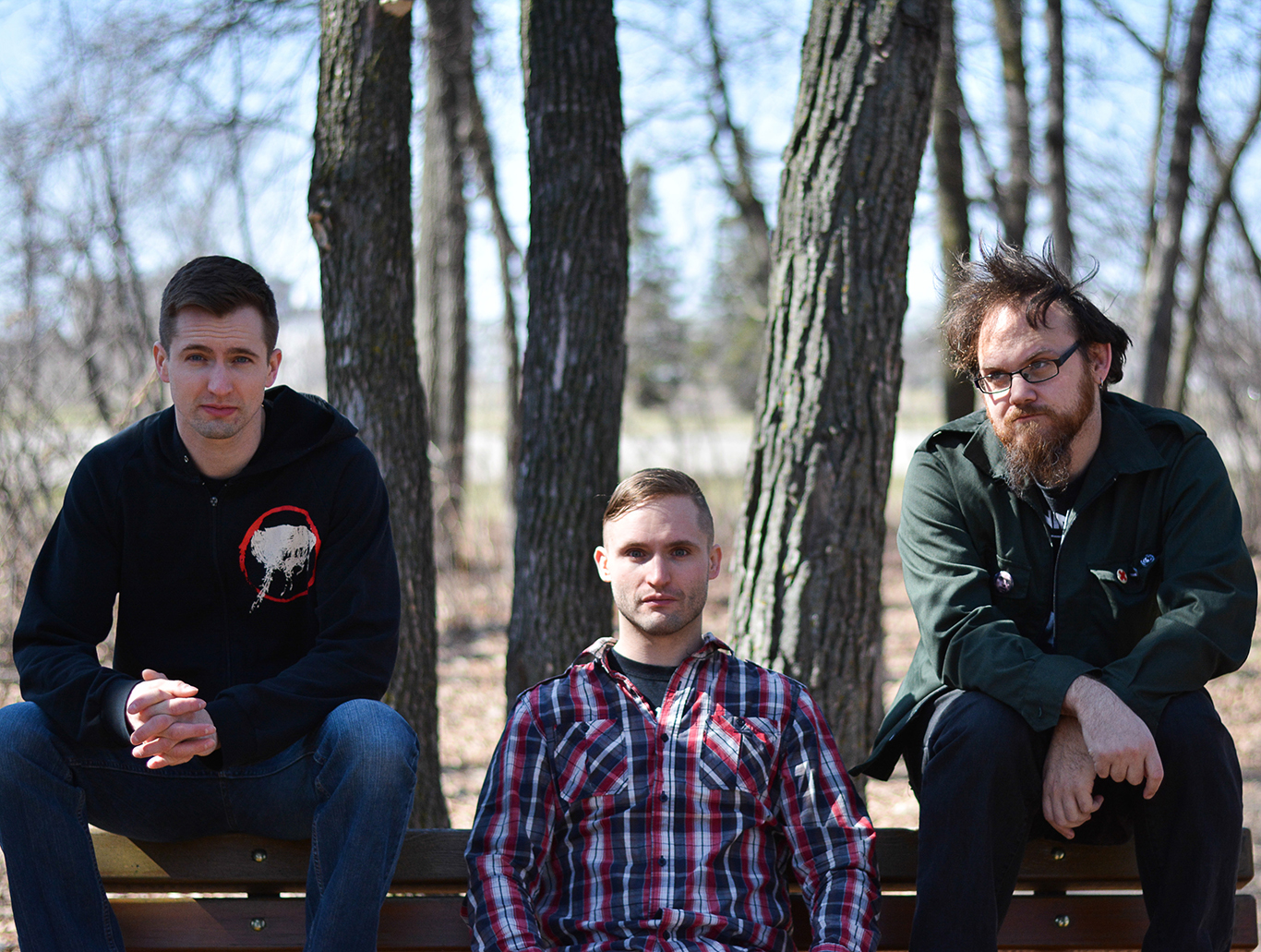 A band self-described as “northern bellicosity done politely,” Winnipeg’s KEN mode combines elements of noise rock, hardcore punk, and heavy metal into a controlled yet chaotic assault on the ears. Though currently touring Europe and the U.K., the group is scheduled to return to North America halfway through June. This North American leg of the tour will see the group playing record release parties in various Canadian and American locales, culminating in a homecoming gig on Friday, Jun. 26 at Winnipeg’s own Good Will Social Club.

The band has leaked five of the album’s nine tracks ahead of the release, and so far Success offers up the uniquely cathartic and cacophonous brand of aggression longtime fans have come to expect. However, the album also showcases a farther departure from the band’s roots than ever before.

For the most part, Success abandons the sludgy, murky guitar tone and nearly indiscernible vocal howls of the band’s back catalogue in favour of tight, catchy numbers reminiscent of Texan noise rockers The Jesus Lizard or Bleach-era Nirvana on steroids.

“We definitely knew we were writing with the ‘metal and hardcore’ filter off this time,” said guitarist and lead vocalist Jesse Matthewson.

“We wanted to focus on the sound of bands that made us want to make music in the first place as teenagers, prior to ever listening to stuff like Slayer.”

The second track previewed by the band, “These Tight Jeans,” serves as a perfect example of a stylistic left-turn with its jagged, buzz saw power chords and instantly singable chorus, which features some Pixies-esque back-and-forth vocal interplay between Matthewson and special guest Jill Clapham. The song opens with Matthewson hoarsely barking, “I would like to learn how to kill the nicest man in the world.” This line is one of several immediately memorable lyrics peppered throughout the album – lyrics Matthewson says were handled differently on Success then on any of the group’s previous albums.

“I prepared more for this album vocally than any other album we’ve ever done. We demoed all of the songs a good four or five times through the process […] Historically, my lyrics have been something deeply personal, and this time around I’ve been taking notes for the past few years […] of funny word combinations and phrases that entertained me, much of which were things my bandmates said.

“Additionally, this is the first album I’ve really ever made a conscious effort to utilize any rhyming schemes to make the song prose pop. Really, rhyming makes for inherently catchy vocal parts.”

Matthewson also described a ‘quality over quantity’ ethos that drove the band’s decision to hold their record release in Winnipeg at a relatively small, intimate venue such as the Good Will Social Club.

“I like the room at the Good Will, and all of the people involved,” Matthewson told the Manitoban.

“The focus of all of the release parties we’re playing is to do them in smaller, cooler rooms that we know people who follow us will actually want to attend a show at, and so we can pack the shows out. Makes for a more fun event for something like a record release.”

KEN mode will tour consistently throughout June and, according to Matthewson, are booking a two-month North American tour in the fall that they’ll likely be announcing later this month. However, Matthewson said they will be taking July off and staying in Manitoba during what he described as “the most pleasant time of year to be in town.”