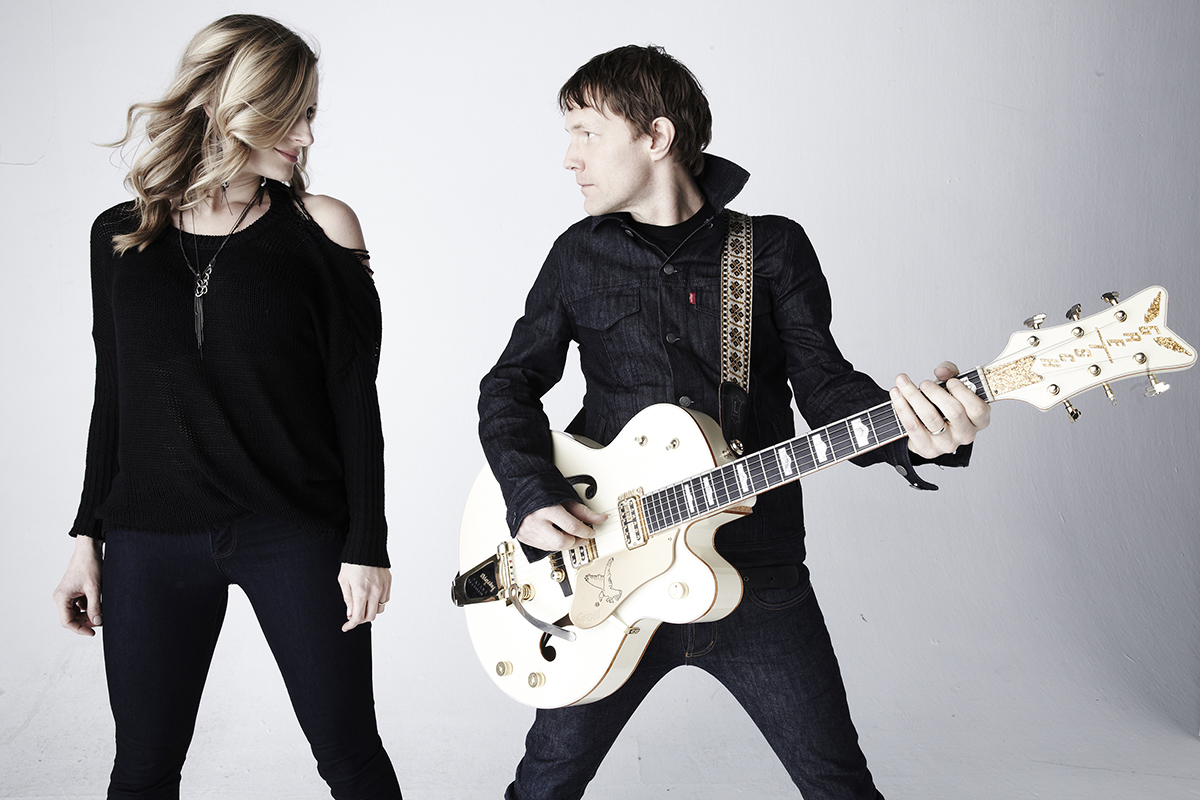 Promoting their latest album, Leave No Bridge Unburned, the indie-rock couple Whitehorse takes their unique and expansive live sound to the Burton Cummings Theatre on April 24.

Whitehorse consists of married singer-songwriters Luke Doucet and Melissa McClelland. While both were able to establish a presence as solo acts before and after their marriage in 2006, the two decided to pool their musical talents in 2010.

To make sure that Whitehorse succeeded, the band made sure not to label it as a “side project” and put promoting themselves as solo artists on hiatus until further notice.

“It was really important to me right from the very beginning that if we were going to do this at all, it was not going to be a side project,” Doucet said in a 2013 interview.

“It was really deliberate for us to back out of promoting ourselves as individuals and trying to focus all of that energy on the collective.”

Since then, the band has released three albums and two EPs to both critical and commercial acclamation. Their second album, The Fate of the World Depends on This Kiss,saw the band shortlisted for the 2013 Polaris Prize. During their accompanying tour, the band also performed at the historic Massey Hall in Toronto. After playing the venue, the duo released an EP entitled The Road to Massey Hall, which features six covers of folk artists, such as Gordon Lightfoot and Blue Rodeo, who had played the venue before them.

Their latest record, Leave No Bridge Unburned, was released in February of this year and features the track “Downtown.” Released as the album’s first single in January, the track is an ideal example of the band’s musical eclecticism. The song also exemplifies the band’s modern Brit-pop influences, with a chaotic guitar tremolo and distorted bass tone similar to that of the Klaxons. “Downtown” also provides listeners with the playful dynamic of Doucet and McClelland’s vocals.

Beginning their tour in support of their third album, Whitehorse’s live performances change the conceptualization of live music. With McCelland and Doucet as the only members of the rock and roll act, the duo utilizes loop pedal effects to create a more expansive sound.

Watching Whitehorse perform live is also an event in itself. On a moment’s notice, both members are seen switching between guitars, playing the drums, or performing vocal harmonies through a telephone.

While this process sounds difficult to co-ordinate, especially in front of an audience, Whitehorse makes it seem natural.

“We wanted it to just be the two of us. Partly for practical reasons,” said Doucet.

“And at this point, now that the looping has become such a big part of it and the live show has sort of taken on a life of its own, it feels like maybe that’s the point of this band, that it is just the two of us.”

Whitehorse takes the stage on April 24 at the Burton Cummings Theatre with Noah Gundersen. Tickets are $32.50 in advance and are available on Ticketmaster.