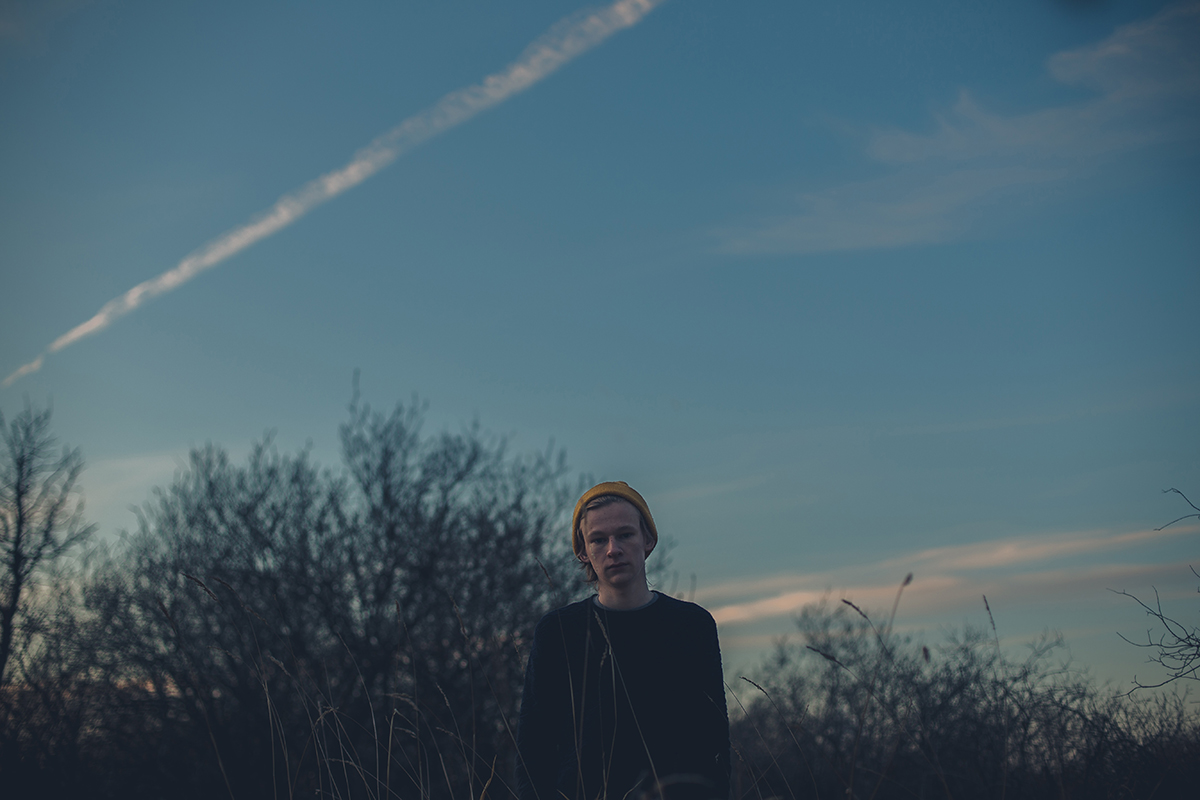 Micah Visser has yet to reach his 20th birthday, but with a few EPs under his belt and a debut, full-length cassette launching at the Park Theatre on April 23, this alternative-folk act is already taking the Winnipeg music scene by storm.

His upcoming album, ok night,is the product of many years of music-making and experimental composition.

“I started writing music when I was very young. I’ve been playing violin since I was seven years old and started composing as soon as I had a firm enough grasp on the mechanics of it,” said Visser.

“Writing and recording the music I’m making now just seems like a natural progression of that. Huddled in my attic with a pen and paper, trying to make something better than what I was making before.”

He credits the unique sound on the album to a lot of skulking around to find innovative ways of recording.

Visser’s songwriting is dreamy, thoughtful, and emotionally moving. Filled with chilling melancholy and vulnerability, he manages to perfectly capture the pain of youth, as well as the confusing transition into adulthood. Lyrics such as, “But you’ve got the moon in a jar, and your head is sitting somewhere in the stars” are effortlessly poetic.

“It’s sort of a love letter to all the people I don’t talk to enough. At the time I was writing it, a few of my friends were struggling with mental illness, lots of people were moving away after high school and I was dealing with an anxiety disorder that was at its very worst,” he said.

“I felt very selfish and angry; I was so absorbed in my own issues that I couldn’t help the people who were going through so much more than I was. Writing this album was therapeutic because I felt like I could at least turn that into something positive and tell those people I cared.”

Though ok night showcases many moments of sorrow and hurt, it glimmers with a sweet sense of hopefulness for the future. The final lyric of the title track says it all: “But even when I’m writing and screaming why’s everyone leaving / I want you to know life still tastes so sweet.”

Since finishing the album, Visser has revealed that new material is already on the way – some of which will be played at the cassette release party.

“I’m at a much better place than I was during ok night and that shows in the new songs. It’s much less bogged down in melodrama, much more positive and energetic. I want to get people dancing.”

Micah Visser’s cassette launch party is on April 23 at 8 p.m. at the Park Theatre. Tickets are $10 and are available through Music Trader or myparktheatre.com. Ozconscious and Champagne Years will also be performing.