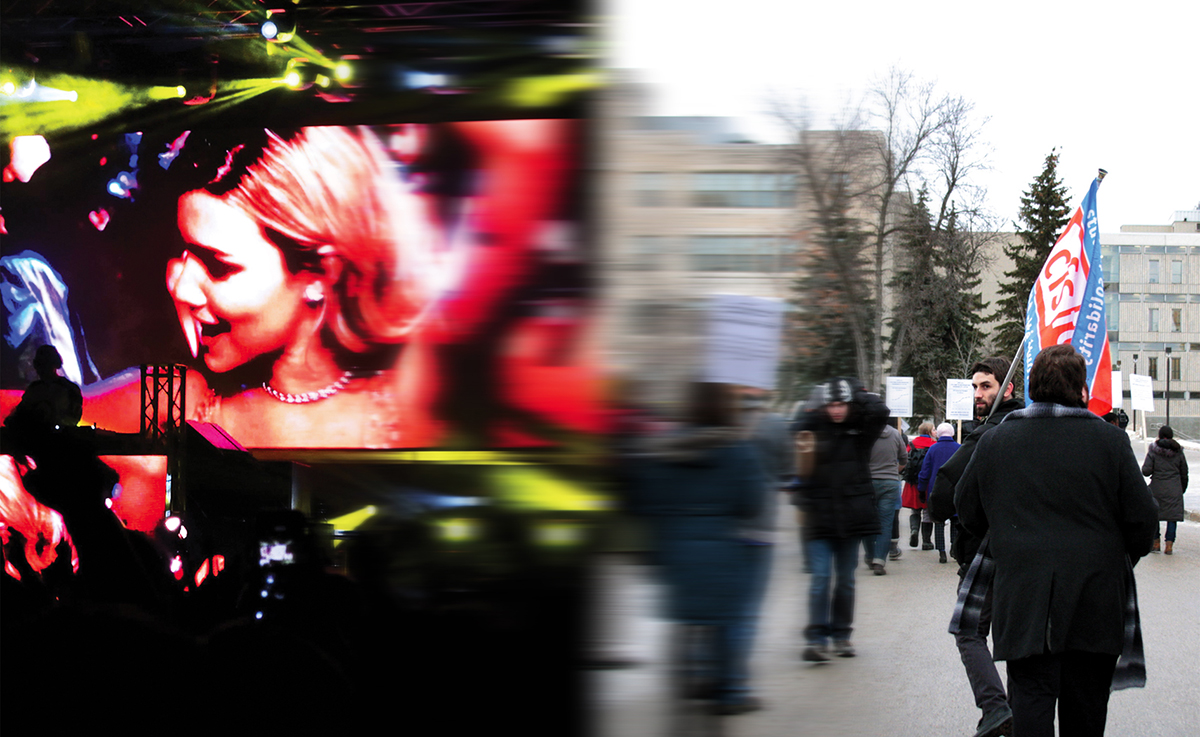 Another UMSU election has come and gone. As tradition requires, students were bombarded with the fresh, enthusiastic faces of two different slates running to provide the best possible university experience for undergraduate students – or so they claimed.

As in past years, this election was characterized by a distinct lack of choice when it came to voting for a slate to represent students on campus. Both Your UMSU and Clear Slate ran on platforms that pivoted on issues such as Frosh Fest and new options for food services on campus. Both are legitimate points that are certain to draw the attention of many students.

But when it came to the possibility of budget cuts, student activism, lobbying the provincial government for lower tuition fees, making our campus accessible to low-income students and numerous other issues, both slates were relatively silent. Though these issues were not completely ignored, they were never centralized during the campaign.

University of Manitoba students were not offered many choices when it came to voting for the executive positions in our student union, and this is a systemic problem in our university political system. As a whole, we are uncomfortable with challenging the status quo on campus. Candidates ran on platforms related to the “student experience,” a phrase that was thrown around during the campaign. However, I would like to challenge the idea of the “student experience” on campus.

Many of us understand the challenges of being students in a neoliberal university – working one or two jobs to pay for tuition, fighting for the limited research jobs available on campus, trying to balance work and school with volunteering to add to our resumes and CVs, and so on. For a lot of undergraduates, this is the “student experience.” And yet these things were not addressed by the candidates running for Clear Slate and Your UMSU.

Both focused on the student experience that includes partying and relatively unimportant matters such as a new patio for the Hub. As the Your UMSU policy document suggests, the culture on campus is indeed changing. Capital and marketing projects are taking precedence over student education, and the university’s administration has yet to offer any compelling explanation regarding the three to four per cent budget cuts hitting the campus this coming year.

The culture will continue to shift towards profit-driven commodification of the university experience as students see class sizes increase and watch as professors are left without jobs, and courses are cancelled. Our campus is not immune to the commodification of education happening at universities nationwide, and yet the representatives of the undergraduate student body are more concerned about expanding the scope of Frosh Fest and encouraging school spirit at sporting events.

Granted, it isn’t very much fun to think about this kind of student experience. A student protest just doesn’t have the same feel to it as a big, expensive music festival. And yet, as students, we are in a prime position to advocate for our rights and fight for better access to quality public education. Historically, students have been at the forefront of social movements, advocating not only for their own rights, but for the rights of many in society.

Neither slate adequately addressed the real issues that are hiding below the surface of our shiny new buildings or our expanded food court in University Centre. These issues only begin with the dilapidated Tier classrooms in contrast to new capital projects and expand to things like rising student debt in contrast to a contracting labour market. These issues are very real and they will worsen if students are unable to move in solidarity against the commodification of our education.

I would challenge the newly-elected executive officers of UMSU to remember that they are now the representatives of thousands of students, all of whom face issues that go beyond their weekend plans.

The University of Manitoba Students’ Union could organize powerfully against things like budget cuts, but it requires taking a stand for student rights and fighting for the true student experience: the right to an affordable, quality education that teaches students to think critically and stand up for their rights as individuals on campus and in the greater world.

U of M trims nearly $11 million from operating budget

2 Comments on "Whose student experience?"