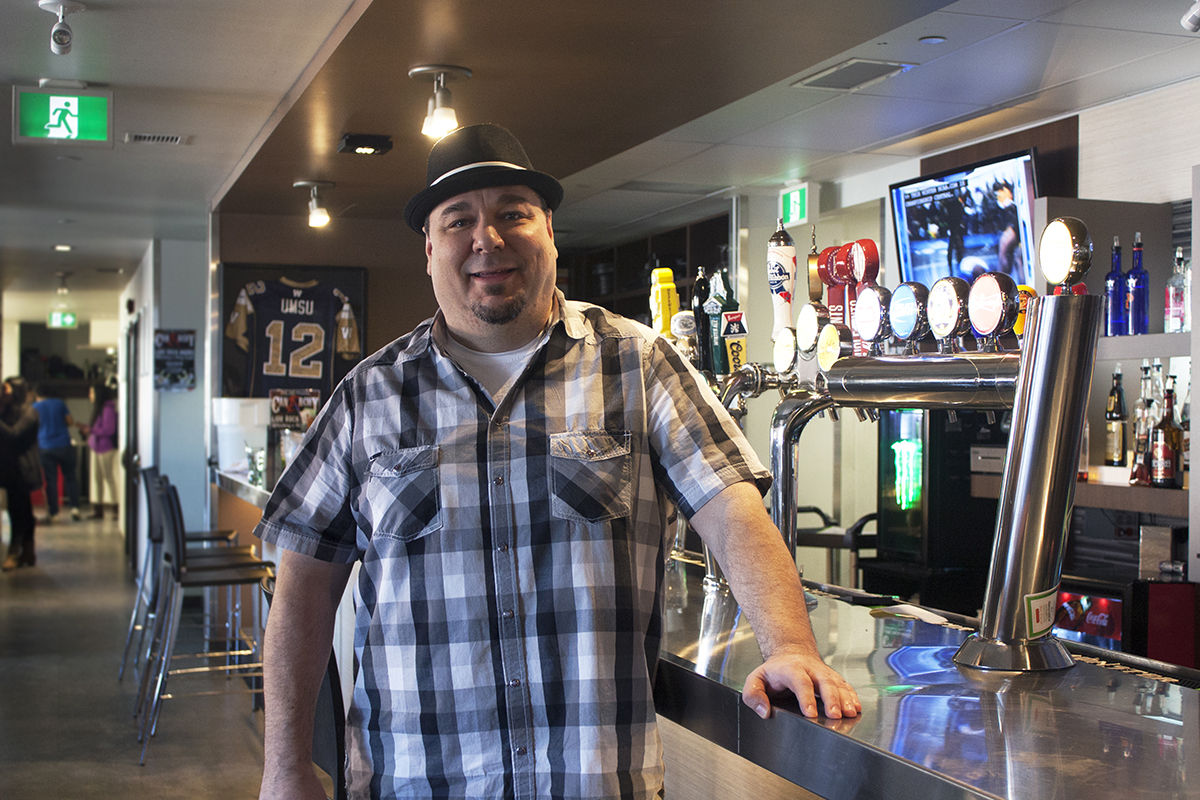 The Hub, the campus bar run by the University of Manitoba Students’ Union, will be closed over the summer months this year after failing to break even.

The fiscal woes of the campus pub come despite statements made by the current executive that they had helped rescue the bar from financial ruin.

During the 2014 University of Manitoba Students’ Union (UMSU) General Election, the winning Refresh slate had stated it “took the Hub out of a $450,000 hole.” The factual accuracy of this statement was disputed during the campaign, resulting in an official complaint filed against the Refresh slate with the UMSU chief returning officer, Jacqueline Keena.

Keena ruled the statement was not incorrect and—with confirmation from UMSU general manager Clark Cunningham—was made in reference to UMSU’s efforts to “reach a break-even point by the end of the fiscal year.”

The University of Manitoba Students’ Union council meeting minutes for Dec. 9, 2013 document former vice-president internal Amanda McMullin stating that the Hub was “projected to make $12,000 but that just hasn’t happened yet” adding that it was “in the hole, but significantly less than last year.”

McMullin further told council in 2013 that net losses for the entire union amounted to $294,000, with UMSU businesses losing $24,000 in the month of November alone.

Jeremiah Kopp, president-elect for UMSU and the current vice-president internal, confirmed the context of last year’s statement with the Manitoban.

“The context of the comment made in the last election was that the Hub was seeing drastic improvements in its financial situation, which remains the case. The Hub has been performing better now than it has since its creation. However, due to the nature of the Hub and due to the seasonal nature of university, it is a difficult business to make a profit on,” he said.

Kopp told the Manitoban that, while the Hub may not be turning a profit, UMSU’s other retail and food service businesses have been making money.

“The only place the union is not profitable is with the Hub. Everywhere else is performing better than what we budgeted for, and we’re very pleased with the financial situation of the union overall. The union this year is in excellent financial health and we’re very happy about that, the one cause for concern is the Hub’s continued losses,” Kopp said.

Brandon Whyte, manager at the Hub, told the Manitoban that he has faced significant challenges in running a bar that is seasonally volatile.

“I do think there is a serious challenge to running a bar on any campus. I’ve run [a campus bar] previously at the University of Alberta, and one of the main challenges is simply that it’s a seasonal business,” Whyte said.

“You tend to bleed a little money when there are no students on campus. The U of M is the third largest city in Manitoba when it’s filled with students in the winter. Then we go from almost 32,000 people to 1,500 in the summer.”

Kopp also cited the bar’s seasonal downturn as a cause for concern, adding that he believes the cost of labour and the kitchen’s size could also be contributing factors.

“About two-thirds of revenue is tied up in labour costs. When that’s the case, that’s just not a situation you can be profitable in and there’s a whole host of reasons for that,” he said, listing off some of the primary issues with the Hub.

Kopp said that the Hub has a large kitchen with an overly diverse menu that is similar to Degrees, which is just down the hall. He further identified the high cost of food items as an issue, but added that the biggest source of financial instability revolves around the four summer months, where the Hub has typically remained open despite the campus being significantly less populated.

“When I’m president of the union, starting May 1, the Hub will not be open over the summer months,” Kopp said.

“That will be saving costs of approximately $75,000 right off the bat. That’s a move I’m going to make right away to make sure that we’re not losing money while the campus is less populated.”

For his part, Whyte told the Manitoban he has a history of working at, and helping to turn around, bars that he described as “failing miserably” prior to managing the Hub. He said now, he is continuously working to improve the business at the Hub.

“One of the biggest things I’m doing besides increasing training, the whole ‘work smarter, not harder’ thing, is increasing awareness and just better control. One of the things I always notice when I take over a bar is how it’s set up, how the room is set up.”

Whyte pointed out one issue is that the space is not laid out in a conducive manner for a functioning bar, suggesting that “an interior designer designed the Hub, not someone who had worked in the business.

“It’s a matter of changing some small things, like making a service station for the servers, so they can get their drinks out to the floor quicker. Something like changing where the food line pick-up is and how we can deliver the food a little more efficiently,” he said.

Whyte elaborated on another fiscal challenge facing the facility.

“One of the challenges I’ve had is just getting every single faculty, group, association, team, club, everybody, to buy into knowing that they’ve got a campus bar. We don’t charge anything for the room. That’s where, since I’ve taken over, there’s been a substantial and noticeable difference in the numbers coming in. January, February, and March, I had every single weekend day booked with group fundraisers, socials, and events. I love offering up the Hub to do that, it’s a win-win for that association and the Hub.”

Kopp said that, despite the Hub’s problems, he still believes offering commercial services through UMSU is beneficial for students, stating that private companies on campus do not provide the same high quality of food, nor do they provide the most affordable options.

Two confirmed cases of COVID-19 on U of M campuses