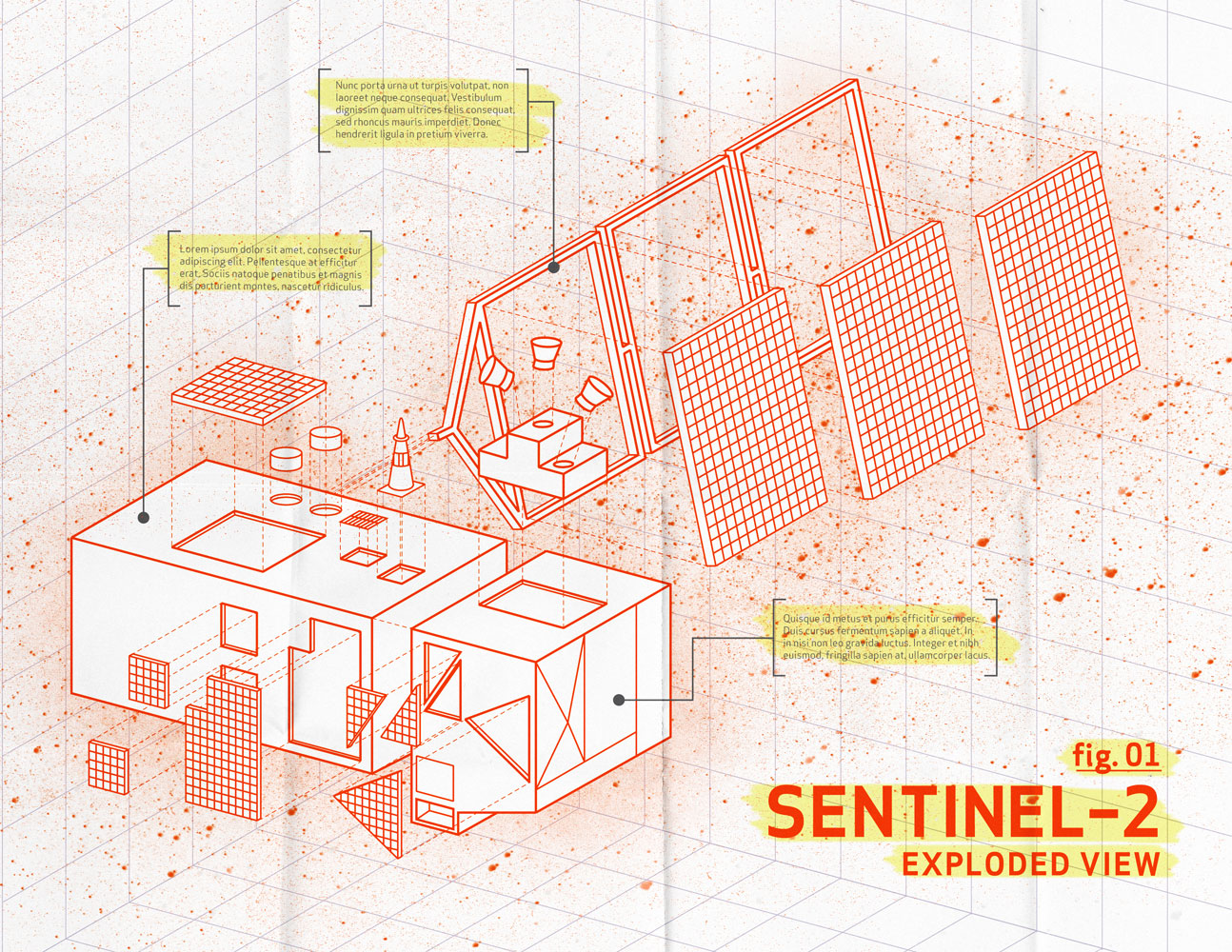 Sentinel-2A, an Earth observation satellite, is currently undergoing a last round of tests before being shipped to French Guiana for launch. The launch has been planned for June 12, and is part of the Copernicus program.

Sentintel-2A and Sentinel-2B, planned for launch in 2016, will take high-resolution images of the Earth to provide data on changes in land, forest monitoring, and natural disaster management.

The goal of the Copernicus program is a multi-level system which will involve the implementation of observations satellites, in-situ measurements, and provide service for users to access data.

Prime Minister Stephen Harper recently announced Sylvain Laporte as the new president of the Canadian Space Agency. Laporte will assume the position on March 9. Laporte has an MSc in computer engineering from the Royal Military College of Canada and is currently the CEO of the Canadian Intellectual Property Office. His previous experiences include executive director of the Integrated Technologies Office for Industry Canada, chief informatics officer for Industry Canada, director of logistics for Canada Post, and director of retail merchandising and integration for Canada Post, among others.

NASA’s Curiosity rover has confirmed the presence of methane in the Martian atmosphere after analyzing data collected over 605 soles, or 605 Martian days, which is approximately 37 minutes longer than an Earth day. The data shows periodic spikes in methane content. In the past, methane has been detected by satellites and telescopes, but many of the findings were contradictory. The models scientists currently use to predict the content in the atmosphere suggests that any methane on Mars would remain for up to 300 years and be distributed evenly around the planet. The data collected suggests the methane peaks in the Northern Hemisphere during the Martian summer, and dissipates within a few months.

Russia has recently committed to operating the International Space Station until 2024, but has plans to detach the Russian modules of the station once that period is over. The separated modules will be used in the development of a new space station operated independently. Besides the U.S., which is also committed to operating the International Space Station until 2024, all other nations involved currently only have an agreement until 2020. Partners in Canada, Europe, and Japan are currently waiting for funding to be approved to extend their agreements for another four years. Russia previously operated the space station Mir, which was launched in 1986 and deorbited in 2001 after funding was exhausted. Mir was the first space station in orbit.

Fault lines: Why the L’Aquila scientists should not go to jail